According to new research from The University of Texas Health Science Center at Houston, men who drink the caffeine equivalent of two to three cups of coffee per day are less likely to have erectile dysfunction.

The researchers surveyed 3,700 men, all of whom were asked to fill out a questionnaire about how much caffeine they had consumed over the past 24 hours. While the study found that caffeine intake reduced the likelihood of ED in obese, overweight and hypertensive men, the same was not true of those with diabetes.

An estimated 30 million American men struggle with ED, which is the inability to sustain an erection for as long as desired. Overall, the risk of erectile dysfunction increases with age. About 40 percent of 40-year-olds struggle with ED and 70 percent of 70-year-olds have the same problem, as previously reported by The Huffington Post.

The researchers theorized that caffeine's effect on the body includes relaxing the helicine arteries of the penis, which in turn improves blood flow, which is how erections are formed:

"Keep in mind that besides caffeine, energy drinks and soda have other ingredients that we don’t know too much about," he told HuffPost. "We do know a lot about sugar -- it’s strongly linked with diabetes and obesity. There are other drinks that are sugar-free, but some of those ingredients are associated with cancer."

Because this is an association study, Lopez says he can't make any recommendations for caffeine intake just yet.

For now, we'll just add it to our long list of reasons to drink coffee -- as if we needed another one.

For more info on how to address problems with ED, read this previous HuffPost report. 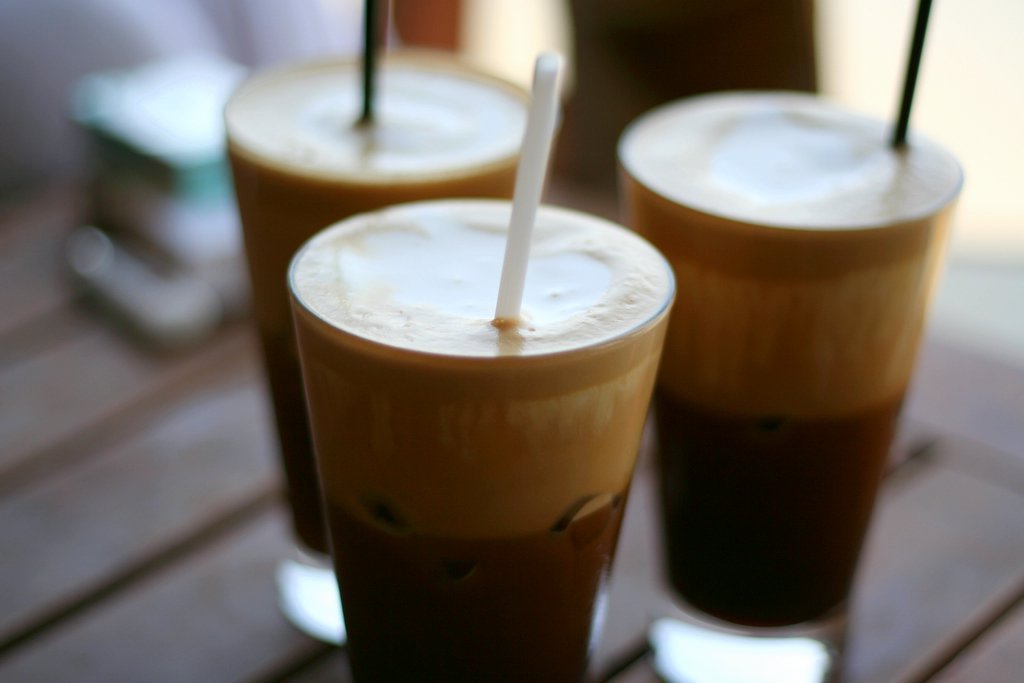 1 / 8
Frappe, Greece
Greece proves that there is a time and a place for instant coffee, and that it can in fact be absolutely delicious. The Greek frappe is traditionally made with instant coffee, water and milk, <a href="http://greekfood.about.com/od/mezethesdrinks/ht/frappe.htm" target="_blank">shaken and served over ice</a> with sugar to taste. It's the perfect answer to sultry afternoons. <strong><a href="https://www.youtube.com/watch?v=lbmWtPtZIZA" target="_blank">Get a recipe here.</a></strong>
Robert Gourley/Flickr