Just when you thought quinoa couldn't get any more obnoxious, drinkable quinoa entered the world. A company called NUWI has just introduced NUWI Quinoa Snacks, a liquid snack of blended quinoa with fruit and vegetables. Remember when yogurt became a drinkable snack? It's kind of like that, but worse.

The first drinkable quinoa flavors are Apple, Banana, Strawberry and Blueberry, and according to a press release, savory flavors like Carrot & Ginger, Split Peas and Tomato are coming soon. We can hardly wait.

There are so many things wrong with this snack, we don't really know where to begin. For one, quinoa is delicious when eaten as a solid. It's light but satisfying, fluffy yet hearty, and it tastes great in sweet (think breakfast) and savory dishes. Turning quinoa into a liquid totally eliminates its unique texture, and we can only imagine what it would do to the taste.

Second, in a press release about NUWI Quinoa Snacks, co-founder of NUWI Gabriel Poblet Maristany describes quinoa as a grain. Sorry, Gabriel, but the part of quinoa that we eat is really a seed. "People are often hesitant at first about this product because it's unfamiliar territory. But if you stop and think about it, people drink their fruits and vegetables in smoothies and pressed juices, why not drink your grains?" asks Maristany. It's a fair question, but for one, we like chewing out grains. Fruits and vegetables lend themselves to smoothies because of their high water content, which makes them blender- and juicer-friendly. Grains, not so much. More importantly, quinoa just ain't a grain, no matter which way you cut it -- or liquify it (it's the seed of a grain).

We thought the quinoa trend peaked at quinoa whiskey. How wrong we were.

NUWI Quinoa Snacks are available for $2.99 per drink in stores in the New York metro area like Whole Foods Market, Gristedes and Fairway.

Here are other places you can find NUWI Quinoa Snacks, according to NUWI's Facebook page... 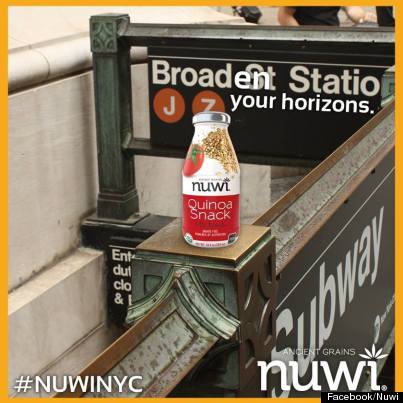 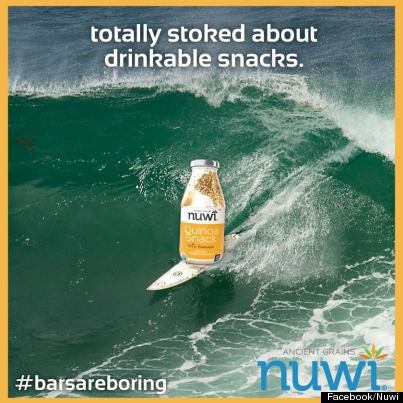 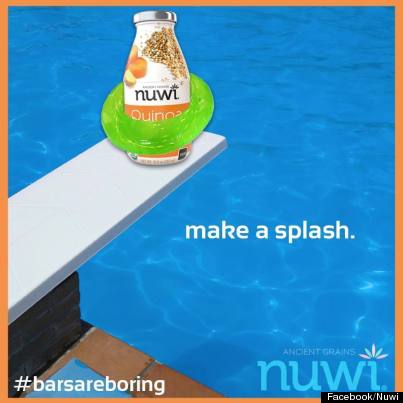 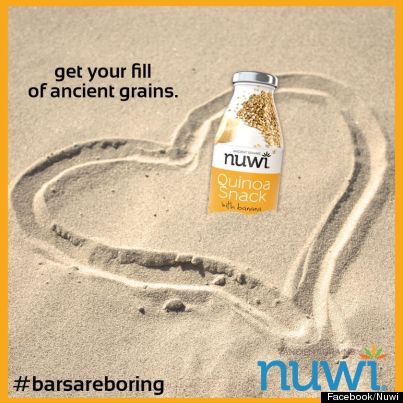 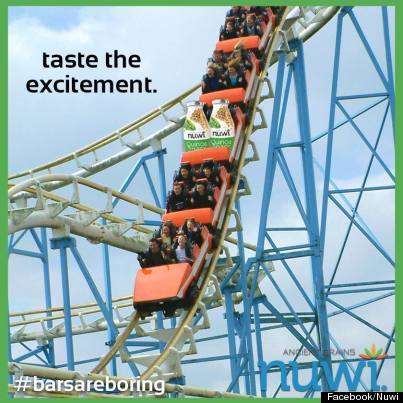