That’s the hope, anyway, for a growing group of Latino activists trying to separate the distinctly Hispanic holiday from the grip of its ubiquitous image as a drunken fiesta.

Go ahead, Google “Cinco de Mayo” and see how many pages of bar and drinking party ads you have to wade through before you happen across an alcohol-free event. “Drinko de Mayo” turns up a quick 10 pages worth of listings. The national restaurant chain Howl at the Moon is hosting “Drinko” events from Hollywood, Calif., to Baltimore, Md., and 10 other locations in between.

And, apparently not willing to cede its claim on drinking festivals to Spanish-speaking interlopers, an Irish Pub in Sacramento issued an invite to fete its “O’Drinko de Mayo 2013,” complete with $3 margaritas, $2 tequila shots and the decidedly non-Irish staple of $2 tacos.

There’s even a Living Social half-priced offer for entry plus two drink tickets for “delicious beverages like Corona and margaritas” in the nation’s capital. “Enough!” say proponents of a Cinco that celebrates its cultural roots, without the booze. The Cinco de Mayo Con Orgullo Coalition was one of the first to launch a Cinco sans alcohol campaign, beginning in San Diego in 2001.

The object is to bring the community together

“The mission of hosting these Cinco de Mayo festivals is to bring the community together,” said Orgullo Prevention Specialist Claudia Baltazar, “and also to send out the message we don’t need to have alcohol or sponsorship from the alcohol industry to celebrate a cultural celebration like this is.”

It’s easy to see how what is really an American tradition with a Mexican flair got its boozy reputation.

It started with Mexican-Americans on the U.S. side of the border cheering for the surprising Mexican victory at the Battle of Puebla. That was in 1862, when outnumbered Mexican troops defeated invaders from what was, at the time, the greatest army in the world—the French.

The Bacchanalian drunk-fest concept came about over 100 years later, thanks to profit-minded alcohol companies. Chicano groups revived the Cinco events as a cultural celebration in the turbulent 1960’s. Twenty years later, when local groups went looking for cash to fund the commemorations, the liquor and beer folks jumped at the chance to connect with the booming Hispanic market.

They wound up co-opting the commemoration and turning the celebration of the Mexican victory into a win for the alcohol industry, fueled with mass quantities of tequila and beer.

But the effort is facing a backlash in Latino communities across the country. There are now liquor-less Cinco events, large and small, from San Diego to Boston.

One of the largest is held in Sonoma County, Calif., at the Roseland Cinco de Mayo Festival, where local leaders sought a family-friendly and safe way to celebrate a day of Mexican pride. Last year, an estimated 12,000 attended. This year, its eighth, they’re hoping for even more.

“We definitely made it very clear from the onset that we did not want to allow any alcohol because we just felt that was the last thing this type of event, in this area, needed,” said one of the festival’s founders and continuing advisor, Rene Meza. “We obviously missed out on lots of financial support, but that’s OK.”

And while the increase in venues and size of the events is still slow-going, Baltazar sees encouragement in the very fact that they are spreading despite the millions and billions the alcohol industry can invest in advertising.

“It’s great to hear that other cities and states are doing it for Cinco de Mayo,” she said. “People are starting to realize bringing alcohol to a community event is not a good idea.”

Originally published on VOXXI as Drinko de Mayo, no mas! 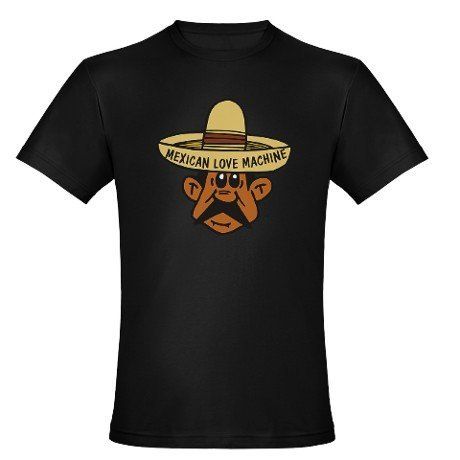