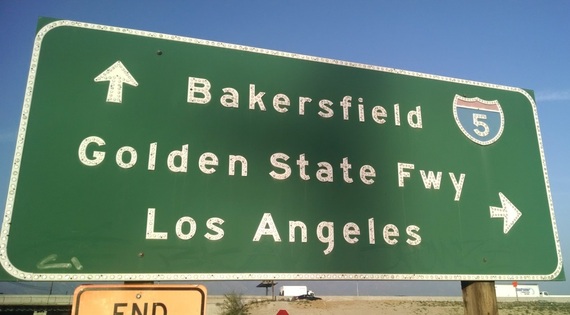 Here today, gone tomorrow. No phrase better describes the Los Angeles landscape. On the one hand, there are certain advantages to a city not so hell-bent on preserving its past in precious amber. It creates dynamism, and plays into our sense of renewal and reinvention. But every time we lose another important landmark, we lose a little bit of our identity. Look closely, though, and you'll spot hundreds of relics hiding out in plain sight -- living time-capsules of the Los Angeles that used to be. Here are a few that can be seen without even leaving your car. 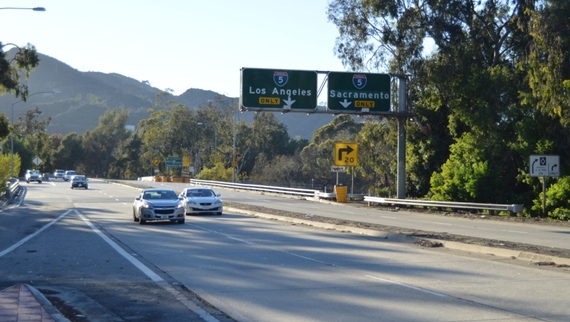 1. Freeway Fossils - Most Southland freeways have undergone extensive changes since the first one was laid down in 1940. For example, center medians are now reinforced with concrete barriers. For decades, however, the only thing separating your vehicle from a careening semi in opposing traffic was a rusty chain-link fence - if you were lucky. Going back even further, the medians were nothing more than raised curbs. For proof, check out the half-mile stretch of the Colorado Street Freeway (the old freeway that leads to Colorado Boulevard) just east of the I-5. Speaking of the I-5, every time you see "Bakersfield" on one of those green northbound-destination signs, you're witnessing a vestige of a bygone era. Caltrans converted the signs to "Sacramento" in the 1980s, but a few holdouts remain as on-ramp signs in Burbank. Other signs preceding the '80s are those with reflectors glued to their letters. The Ventura Freeway forms a virtual outdoor museum of them. 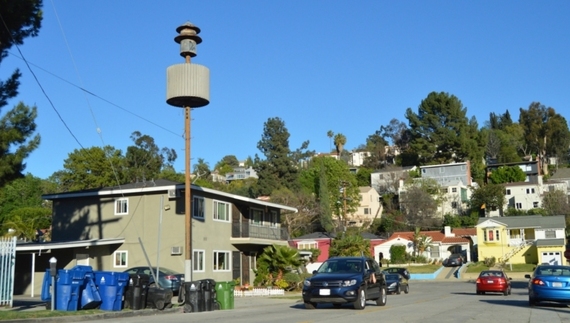 2. Cold War Paranoia - By the 1950s, Los Angeles was awash in Cold War fervor. A Civil Defense center was built behind the Hollywood sign, and a former missile detection site off Mulholland Drive remains a favorite destination for hikers. For reminders of the Cold War Era from your car window, keep an eye out for abandoned air raid sirens that dot city streets from Sylmar to Palos Verdes and all points in between. Some 150 or so are still standing. Their shrill sirens used to be tested at 10 am every last Friday of the month, their soundtracks the stuff of my childhood nightmares. 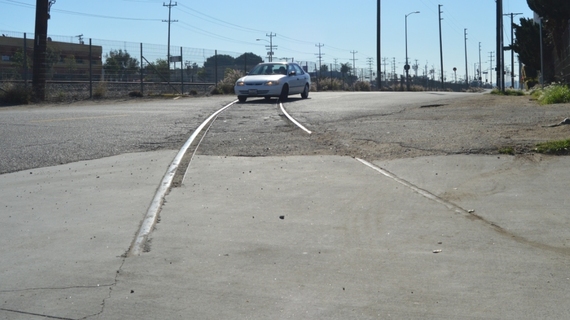 3. Zombie Streetcar Tracks - In the 1920s, Los Angeles had the largest streetcar system in the world. The last trolley was put out to pasture in 1963. But you can still encounter the ghosts of L.A.'s trolley tracks. Rather than spend money ripping up the rail lines, the city simply paved over many of them Poltergeist-style, and they continue to come back from the dead. Look for the outlines of old tracks as you drive along Santa Monica Boulevard, 6th Street, Venice Boulevard and dozens of other former trolley thoroughfares east of La Brea. As the blacktop chips away, the steel rails become visible... at least until the city's next pothole project temporarily reburies them.

4. Random Roadside Fences - The next time you drive through the Santa Monica Mountains on arteries like Coldwater Canyon Avenue, keep an eye out for wooden "barriers" by the side of the road. No one seems to know their origins; they went up sometime in the 1950s, perhaps earlier. There's a quaintness to their simple twin-rail construction and utter uselessness. Warped with chipped white paint and small red reflectors like you find on a kid's bike, they're about as effective at preventing cars from plunging over a cliff as a mailbox. There also doesn't seem to be any rhyme or reason to their placement. Why do some curves have them while others don't? What's with the single ones on straightaways? For a study in contrasts, check out the 15 strung together at the end of Dundee Drive. Splintered and wobbly, they lean into the street like drunken Giant Tinkertoys, a mere stone's throw away from the clean, modern lines of Richard Neutra's Lovell House. Dundee, by the way, dates to 1930. How do we know? An imprint of the original paving contractor is embedded in the street, next to these fences. 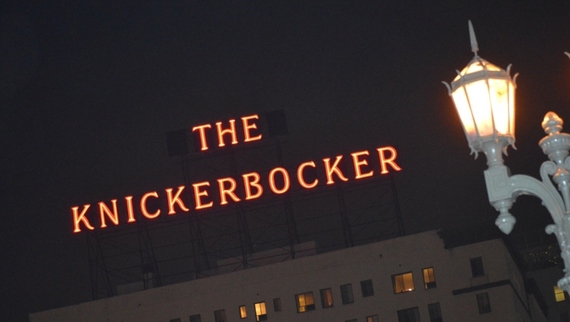 5. Vintage Neon. You can't talk about L.A. roadside history without mentioning our rooftop neon signs. Many remain as integral links to the 1920s, and everyone has their favorites. Me? I still get excited every time I see "The Knickerbocker" sign lit up in brilliant red-orange whenever I drive over Cahuenga Pass into Hollywood. It's not just the old-timey letters that are cool, but the fact that you can still make out the outlines of the painted-out "H" and "L" on either side of the word "The" - glimmers from when the sign used to read "Hotel Knickerbocker." (It's now an apartment building.)

Plus, is there any more dated word in the English language than a "knickerbocker"?