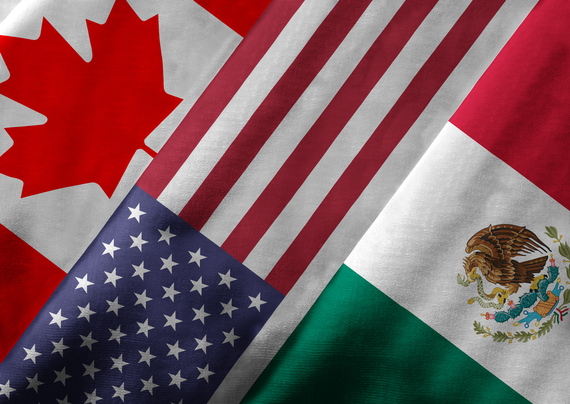 When the three leaders of Mexico, Canada, and the United States meet this week in Ottawa for their last North American Leaders Summit (NALS), they might well choose "Drivin' Nails in My Coffin" as their anthem. Ernest Tubbs' classic lament of spurned love captures the neglect this supposedly regular summit has had to endure.

Since NAFTA, there has been an expectation that the three leaders will meet periodically. President George W. Bush had the Security and Prosperity Partnership, an ambitious agenda of adding security cooperation to NAFTA's economic integration.

President Barack Obama abandoned the SPP approach in favor of the small ball NALS, which aimed for incremental improvements in arcane regulatory and law enforcement areas that most people would never experience directly.

With Obama heading out of office, and Mexican President Enrique Peña Nieto on the ropes, the upcoming summit is unlikely to achieve anything beyond a fluffy communique. As a result, it is time to drive those last few nails into the coffin and lay the NALS concept to rest.

But Americans, Canadians and Mexicans, who share a fear that rapid globalization is undermining their future, deserve an answer to their concerns. The North American partnership is the backbone of that answer, so this last NALS should lay the groundwork for the next phase of leaders' meetings.

The leaders should keep in mind that these meetings quickly become abstract, causing most people to tune out. They can and should lay out a practical road map for how the North American partnership strengthens all three countries in three ways:

First, infrastructure. Twenty-five years after NAFTA, we are moving four or five times as much commerce over essentially the same cross-border road and rail network.

The result is hidden obstacles to trade that reduce productivity and make North America less competitive. At the same time, Europe and Asia are investing billions to ensure their border infrastructure promotes prosperity.

North America needs a long-term energy agenda that capitalizes upon our advantages. The agenda should include regular consultations with the private sector - including the manufacturing and energy industries.

Third, human resources. Skills gaps within and between the North American nations drive wage gaps. They are probably the most significant reason so many of our people live in fear that they will pass on to their children a less prosperous future.

We need to take practical steps to upgrade the North American workforce, especially developing skills that will bolster the manufacturing and logistics that are so crucial to the North American economy. We can and should set high, uniform standards for training and education that will eliminate the wage differences that exist across North America.

A practical agenda like this would be a Goldilocks moment for North America: not as hot, perhaps, as the grand slam that former Texas Rangers owner George W. Bush went for, but hotter than Obama's "singles and doubles." Call it a solid home run.

Finally, before they leave Ottawa, the leaders should open the way to the next phase in North America leadership meetings. President Peña Nieto should set a date for a 2017 summit and invite his counterparts to attend. Prime Minister Trudeau should commit to being there. President Obama cannot speak for his successor, but it will be difficult for any new President of the U.S. to stay home while the other two leaders meet.

President Bush had the Security and Prosperity Partnership, President Obama has had the North American Leaders Summit. A new President should adopt a new, more practical approach - and a new name. North America may never be a love affair that produces the self-destructive despair that drove nails into Ernest Tubbs' coffin, but, like siblings, we are linked forever.

Matthew Rooney is the Director of the Economic Growth Initiative at the George W. Bush Institute.