There are 31 states between the East and West Coasts, 2.29 million square miles of land pejoratively known as flyover country.

We think that's a reductive term, as there's much more to see in these states than what you'd get through an airplane's window. After all, you don't really get to know a country until you travel through its less visited regions.

Here, we present five locations as described by authors who've been there, so that you might find a way to appreciate them too.

Think of them more as drive through states, not flyover states. 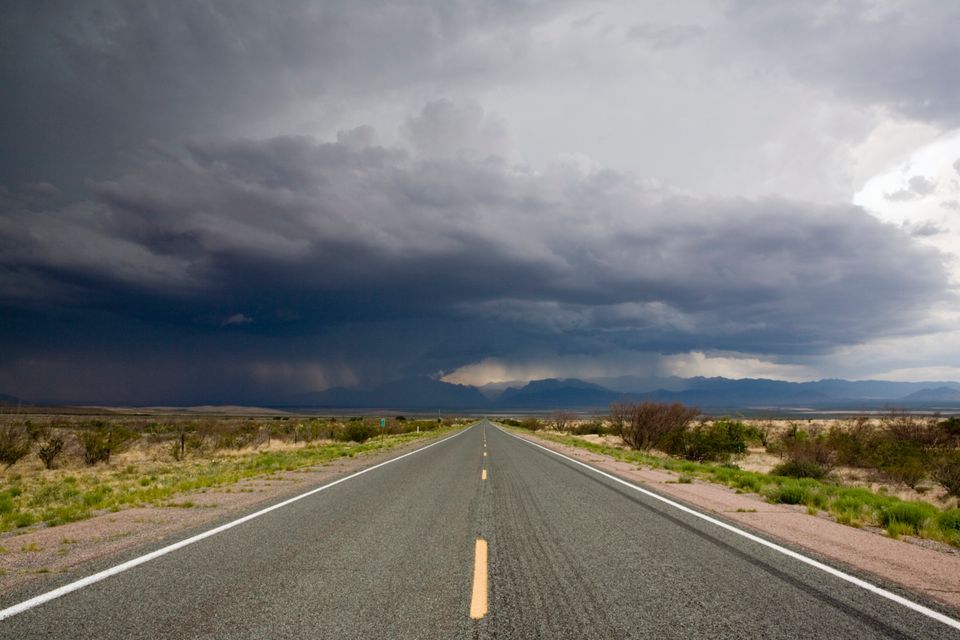 Roger Coulam via Getty Images
Jim Harrison, author of Legends of the Fall, Brown Dog, and In Search of Small Gods -- as described in Men's Journal:"Not much here except a bar, post office, and gas station, but drive eighty miles through a stunning valley and you’ll find Portal, Arizona, where Vladimir Nabokov, of Lolita fame, used to chase actual butterflies and where several times a year I travel to look for the eared trogon, which has been seen only a couple of times since the seventies. This hopeless search on foot is wonderfully healthy. I stay in the only motel and eat in a little restaurant attached to the grocery. The landscape was a suitable hideout for Cochise and Geronimo and continues to be for us ordinary mortals. There are superb thickets up Cave Creek. South and east of here you’re in Cormac McCarthy country, a land that jaguars pass through with no interest in us." 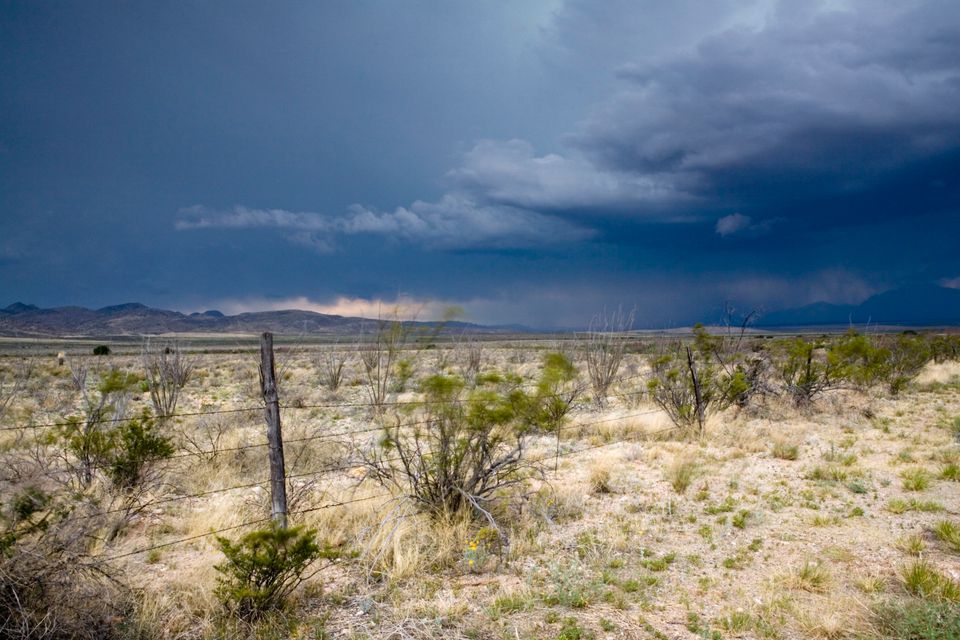 Roger Coulam via Getty Images
Rodeo, New Mexico is a vast desert with a big sky. 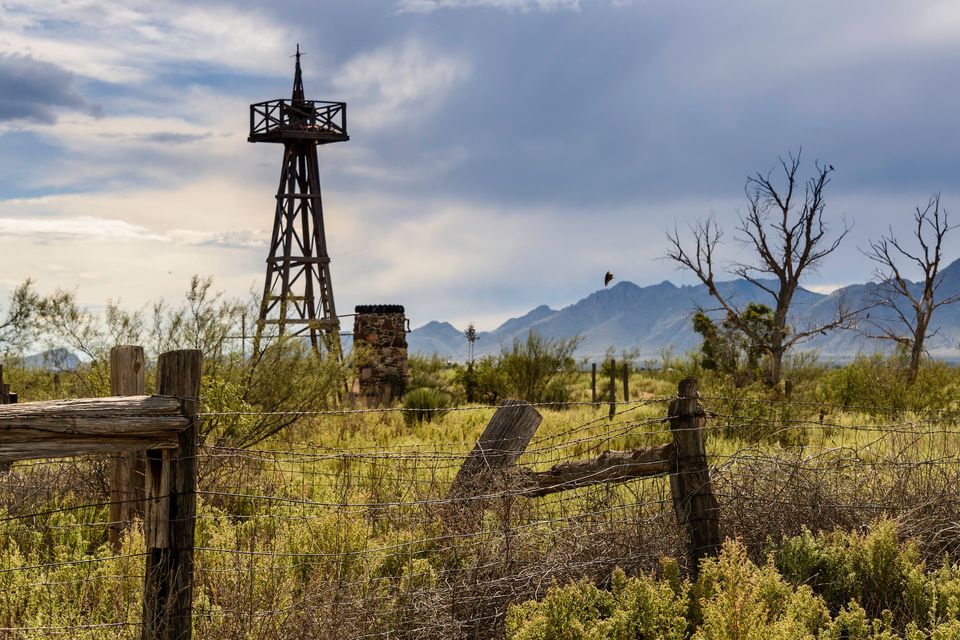 Bruce McIntosh via Getty Images
A timber woodmill over a water well in the desert town of Rodeo, New Mexico.
Madison, Ohio: 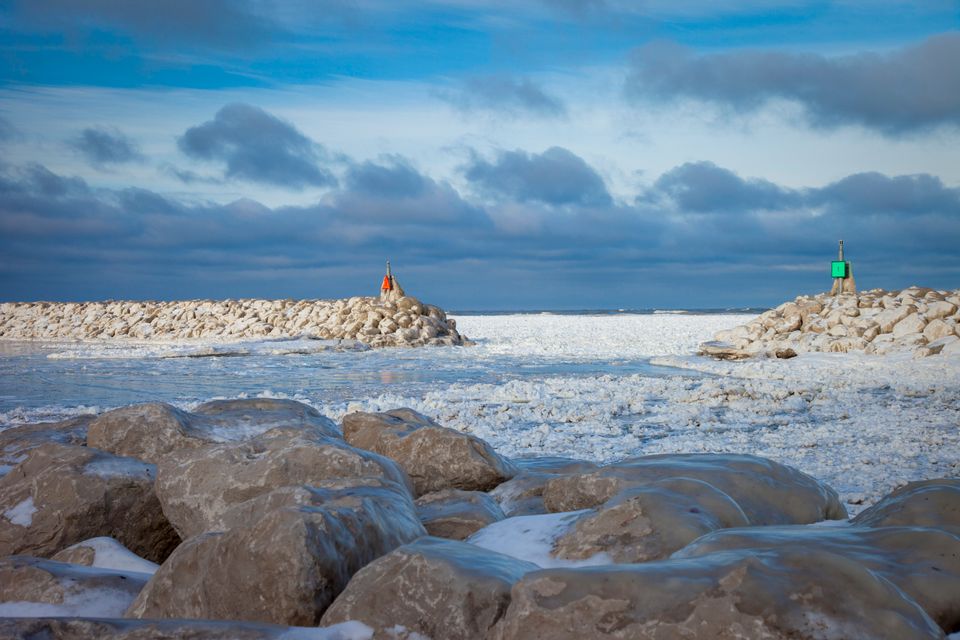 Danita Delimont via Getty Images
In Travels with Charley, John Steinbeck wrote of his time in Ohio:" “Almost on crossing the Ohio line it seemed to me that people were more open and more outgoing. The waitress in a roadside stand said good morning before I had a chance to, discussed breakfast as though she liked the idea, spoke with enthusiasm about the weather, sometimes even offered some information about herself without my delving. Strangers talked freely to one another without caution. I had forgotten how rich and beautiful is the countryside -- the deep topsoil, the wealth of great trees, the lake country of Michigan handsome as a well-made woman, and dressed and jeweled. It seemed to me that the earth was generous and outgoing here in the heartland, and perhaps the people took a cue from it." 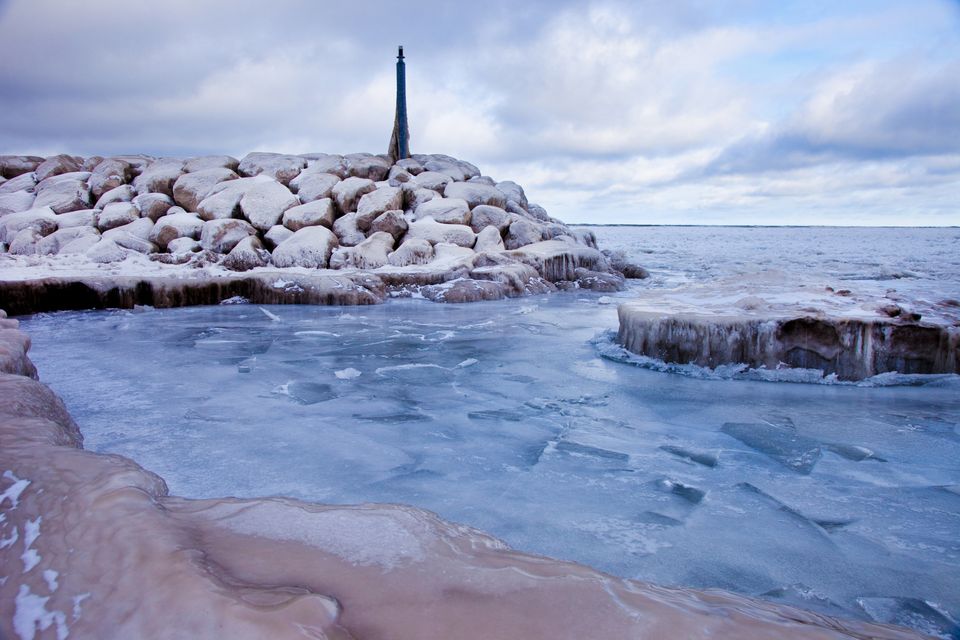 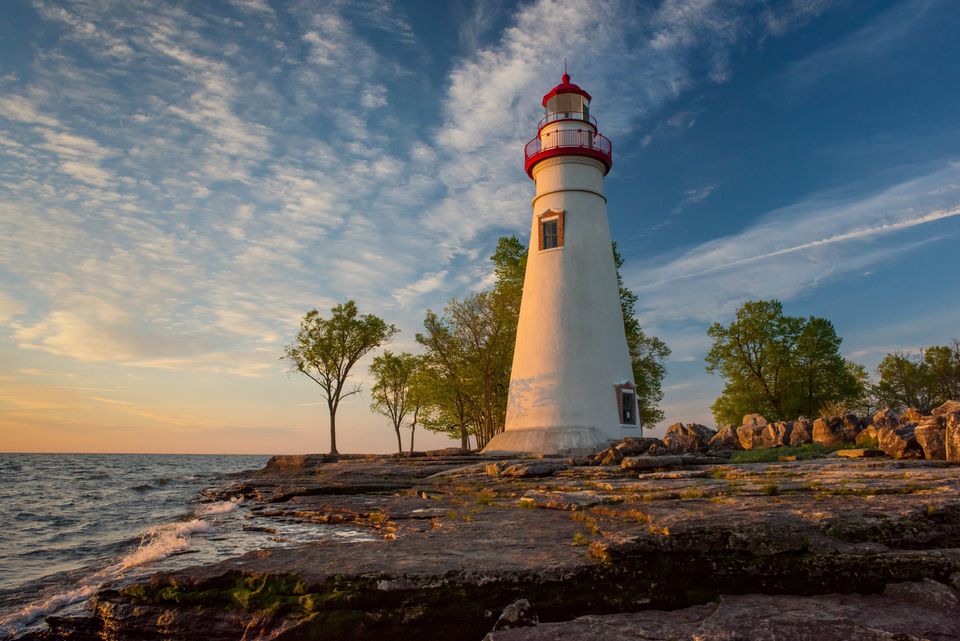 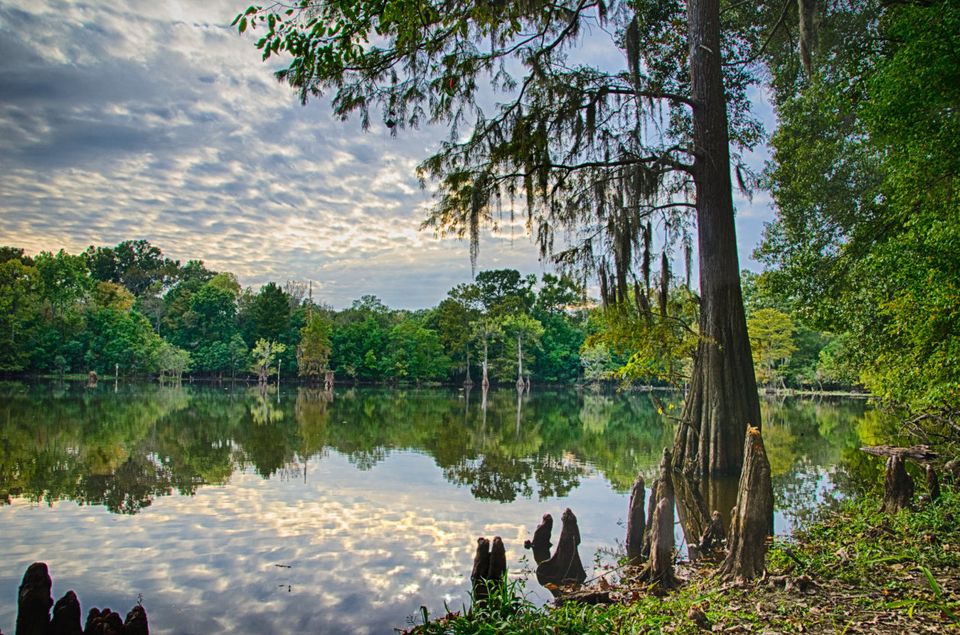 John J. Miller Photogrpahy via Getty Images
Richard Ford, author of The Sportswriter and Independence Day, The Lay of the Land, and Let Me Be Frank With You (its sequels), has lived in many places, but was born in Jackson, Mississippi. Here, he talks about his love for, but eventual inability to live in, his hometown to The Paris Review:"I like it there. My mother, who died in 1981, was my last living close blood relative. And she’d moved from Mississippi back to Arkansas, her home, a few years before she died. So, after she died I felt that I no longer had a home that she determined and that I had questions to ask myself: Where are you from? Where do you live? Where are you going to claim to be your home? Arkansas was a possibility because I had spent years there and liked it. But Mississippi was the obvious place because that’s where I was born and had gone to school. I love the landscape. I could deal with the people. Of course, then I got back there and I liked it so much it scared me to death. So, I sold the house and left after four years." 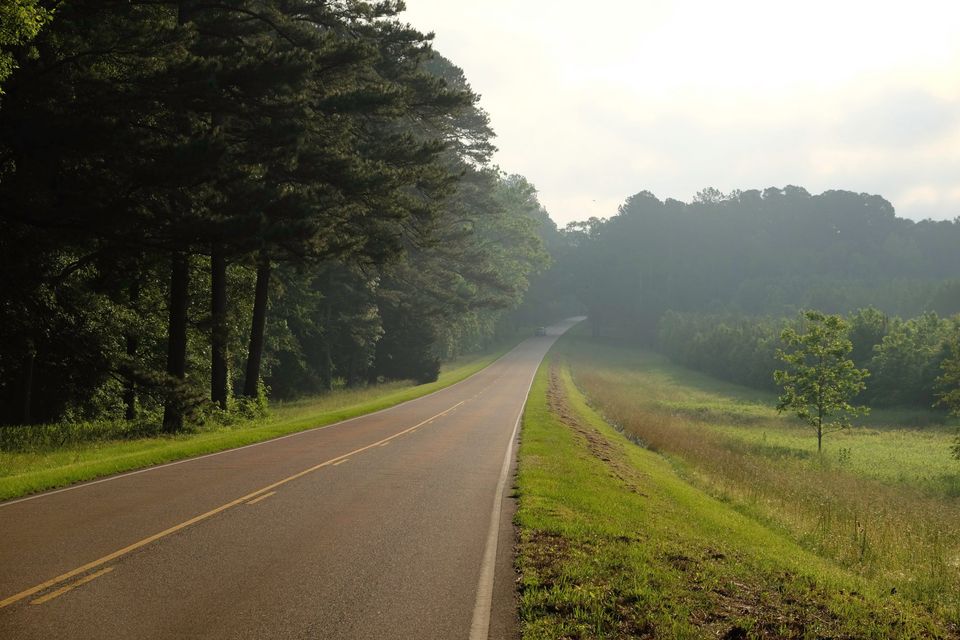 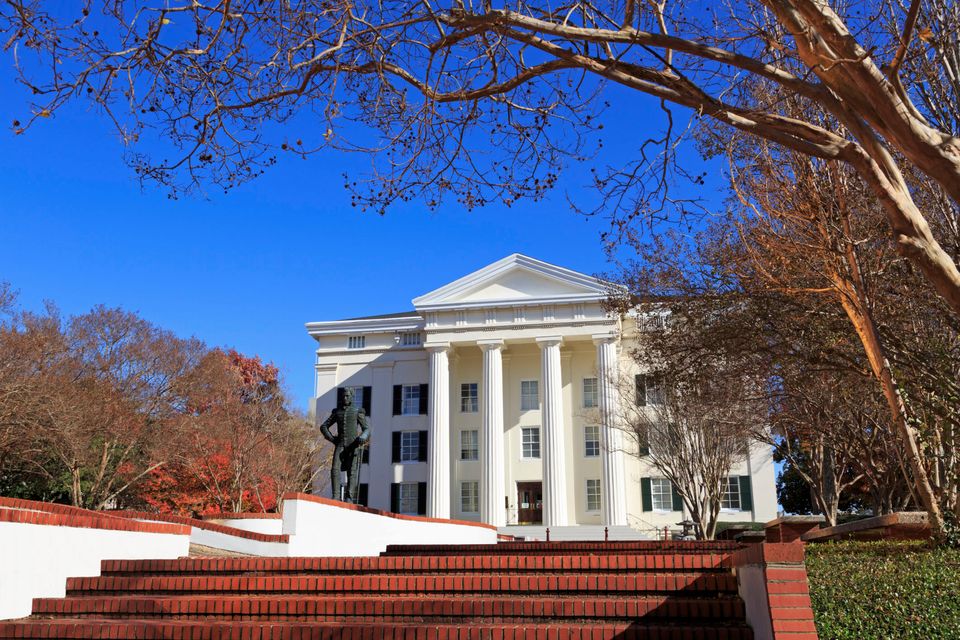 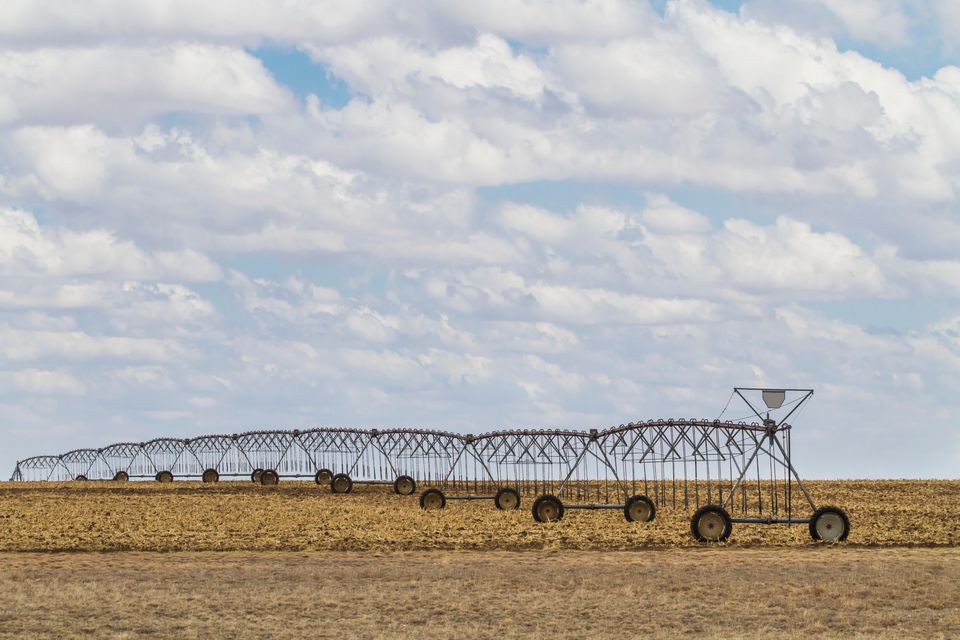 John Delapp / Design Pics via Getty Images
Annie Proulx spent some time in the Oklahoma panhandle between writing such famous works as The Shipping News, That Old Ace in the Hole, and Brokeback Mountain, and describes it in her Paris Review interview as one of the more memorable places she's visited:"I have a nice collection of books on rodeo, which I was very interested in for some time. But I wouldn’t cross the street to go to the rodeo now. The last rodeo I went to was in Oklahoma. Boise City, or as they call it, 'Boys City.' The announcer was completely drunk, the contestants were all drunk. It was insanely hot. Real characters there. There was one guy with hair that came down to his ass who carried a pint of Jack Daniel’s in one back pocket and a pistol in the other. I based the rodeo in 'That Old Ace in the Hole' on that rodeo." 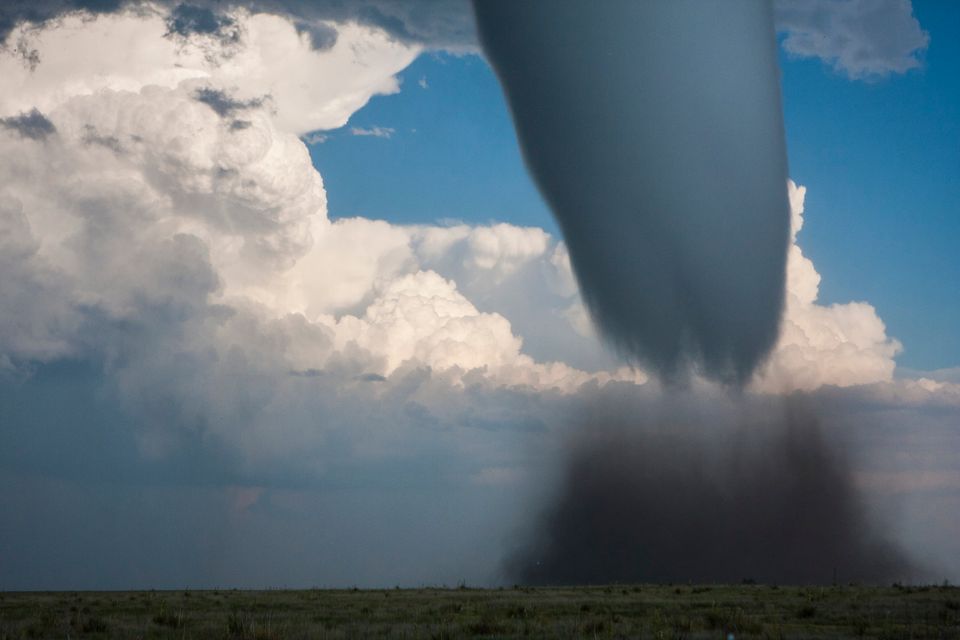 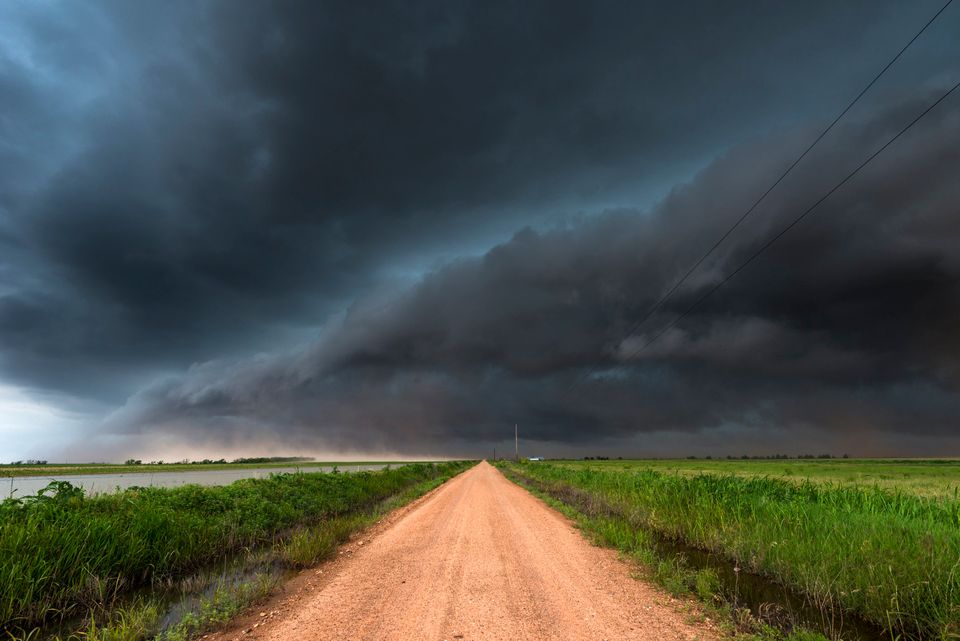 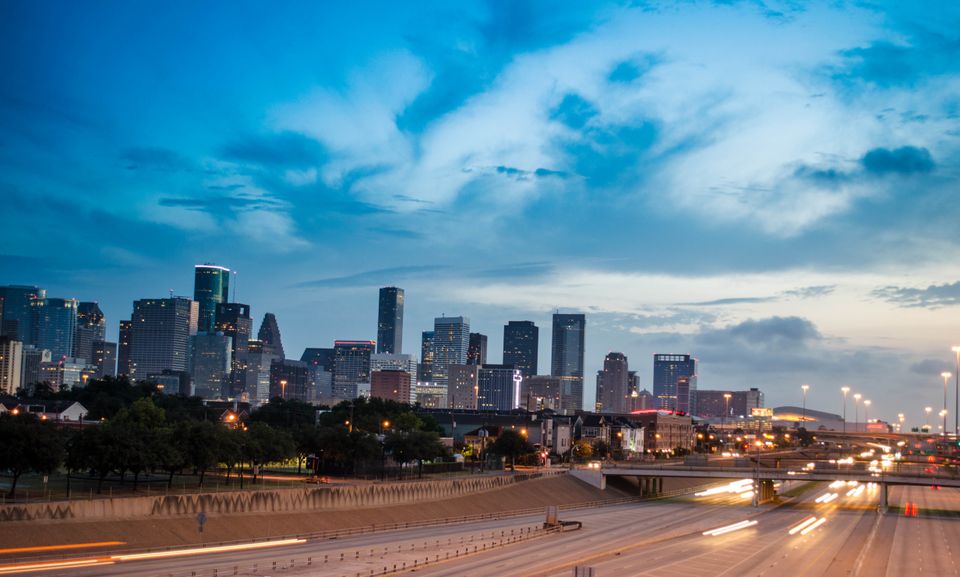 Photo by Kelly Reed via Getty Images
He's a resident of Archer City, Texas, but it's safe to say Larry McMurtry knows the whole state fairly better than most. For an essay on Texan sprawl in Texas Monthly, McMurtry describes how Houston and Dallas might someday merge into the same giant city, even though they're nearly 290 miles (about a four-hour drive) from each other:"Houston was more or less my Paris, or such Paris as I had, and I still think of Rice University as my intellectual home. Every time I go there I meet the city limits sign fifty miles farther out. So ferocious and uncheckable is Houston’s growth, and Dallas’s also, that I consider it not impossible that a child born today could live to see the merging of these urban behemoths, which might occur somewhere near Madisonville, producing a megaplex whose models are already there in Arlington and Plano: travelers heading north on Interstate 45 are in Oklahoma before they are entirely free of Dallas." 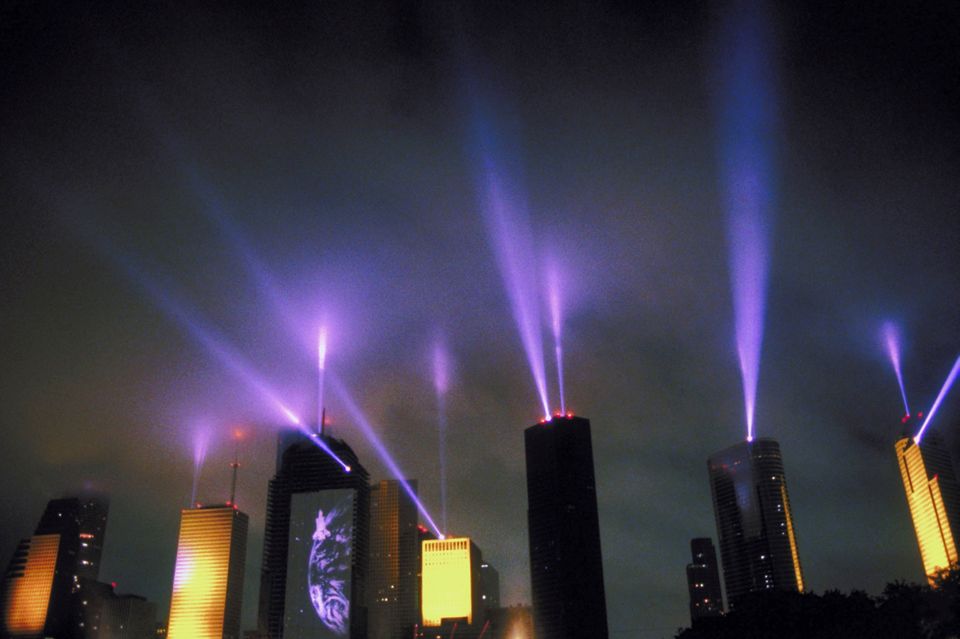 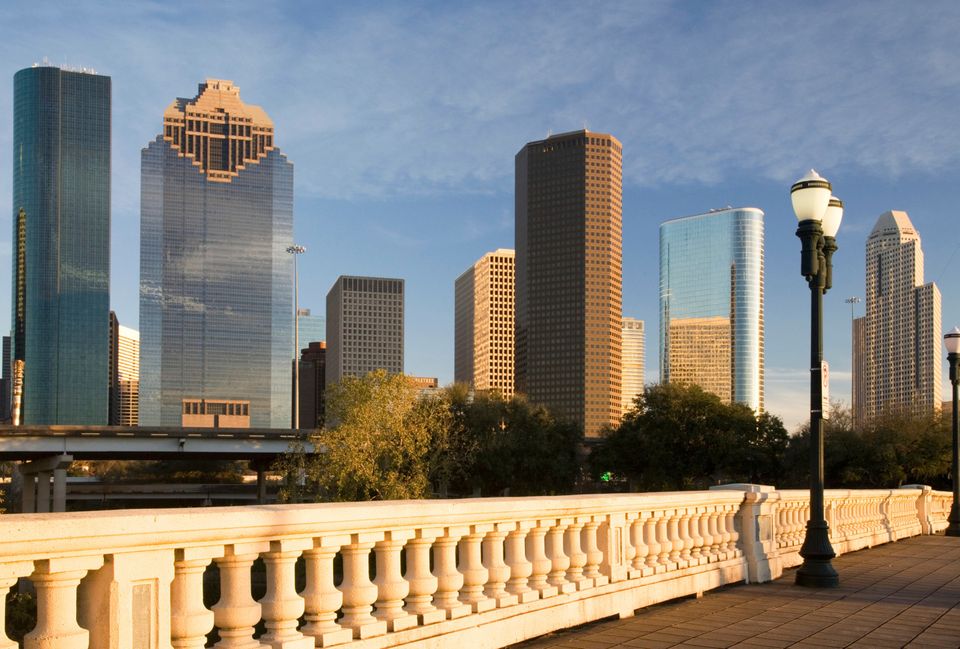