By Smeldy Ramirez and Svante Persson

Smeldy Ramirez manages a $20 million portfolio of technical assistance projects and entrepreneurial investments for the Multilateral Investment Fund in the Dominican Republic. His areas of expertise include social innovation, finance inclusion, and development metrics.

The evolution of information and communications technologies late last century enabled the development of new military weapons guided by onboard computers, like the Tomahawk cruise missile, which were first used during the 1991 Gulf War. These missiles were the precursors to what would become the first unmanned aerial vehicles (UAVs), today known as drones, which are piloted by remote control or onboard computers and began doing military reconnaissance flights in the late 1990s.

Whereas cruise missiles were a one-way ticket, drones could fly more hours remotely, return to base, and receive new missions. Drones joined nuclear energy, the Internet, and GPS navigation systems as military creations that have been widely adopted for commercial use. Drones became mainstream at the end of the last decade, mostly due to the development of electro-mechanical systems that were created after the production costs of small components of mobile technology lowered, because of the widespread demand for smartphones.

By 2013, smaller drones begun to be used commercially for recreational purposes. The use of drones is now taking off in many different ways--including as humanitarian tools and for social innovation projects.

It's projected that by 2035, drones will surpass the number of piloted aircrafts, according to a recent study by the firm Oliver Wyman. Another study, by PricewaterhouseCoopers, notes that labor costs and services that can be replaced by the use of these devices account for about $127 billion today, and that the main sectors that will be affected are infrastructure, agriculture, and transportation. For example, drones can survey agricultural lands and help producers make more efficient use of seeds, fertilizer and water. 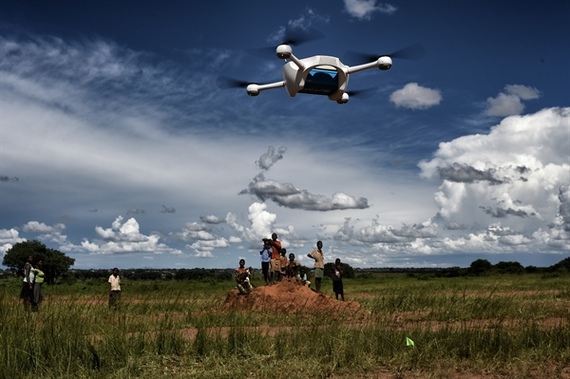 Drones useful as tools for humanitarian and social innovation projects


Recent pilot projects in different parts of the world have proved that drones can be successfully used as humanitarian tools in the areas of environmental protection and disaster relief, and to enable social innovation projects:

Legal and ethical issues surrounding the use of drones

Despite their obvious attraction, the use of drones poses some serious legal, financial, and practical challenges. Therefore, lawmakers and public safety officials must try to balance the benefits provided with the protection of public safety, civil liberties, and privacy rights. The issues involve:

Despite the potential problems, pilot projects have shown that drones can be used to improve people's lives in remote and inaccessible areas in fast, safe, and cost-efficient ways. With the rise of these kinds of drone applications, the RoboWarrior stigma may fade away in time.

Svante Persson
Svante Persson has led projects for the Multilateral Investment Fund on water and sanitation, early childhood development and nutrition, and climate adaptation and resilience. He has a master's degree in economics from Lund University in Sweden and wrote his thesis about economic reforms in Cuba.