With sea levels expected to rise by as much as three feet by the year 2100, in large part due to climate change, low-lying countries and coastal cities face an unprecedented challenge this century. Recent research indicated that in the next several centuries, average global sea levels could rise somewhere between 18 and 29 feet, explains Climate Central, a nonprofit climate news and research organization.

Much of this potential sea level rise may be spurred by glacial melting in the world's polar regions. James Hansen, a professor at Columbia University and head of NASA's Goddard Institute for Space Studies, has said that the global goal to limit atmospheric warming to 3.6 degrees Fahrenheit (2 degrees Celsius) "is actually a prescription for long-term disaster." Hansen fears, LiveScience reported, that with warming of two degrees, we could see an ice-free Arctic and a notable rise in sea-levels by tens of meters.

An increasing number of studies are making the connections between human activities, climate change and a rise in extreme weather events. Hansen recently wrote in The Washington Post, "our analysis shows that, for the extreme hot weather of the recent past, there is virtually no explanation other than climate change." Referring to extreme weather events in the past decade in North America and Europe, he wrote, "The odds that natural variability created these extremes are minuscule, vanishingly small. To count on those odds would be like quitting your job and playing the lottery every morning to pay the bills."

Although many of the locations on the list below of low-lying areas are outside of North America, the U.S. is not immune from sea level rise. A recent report from the U.S. Geological Survey found that there is a "hotspot" along the U.S. East Coast, where rates of sea level rise are increasing about three to four times more than the global average and could "increase the vulnerability of coastal cities to flooding, and beaches and wetlands to deterioration."

On the West Coast, most of the California coast will see a six inch sea level rise by 2030 and an average rise of 3 feet by 2100, according to a study by the National Research Council.

It has been suggested that it is not just the severity of climate change that will determine a country's fate, but rather those hit hardest are the regions which "lack the resources to cushion their people against climate-related disasters such as hurricanes, floods, heat waves and droughts," explained InnovationNewsDaily.

Below, find some of the countries, regions and cities that may be most vulnerable to sea level rise, in part due to climate change. This list does not include every island nation or coastal area, and many other regions could also face threats. With variations in sea level rise estimates, future mitigation efforts and changes in available resources, some locations' fates may not be sealed. But the risk is clear. 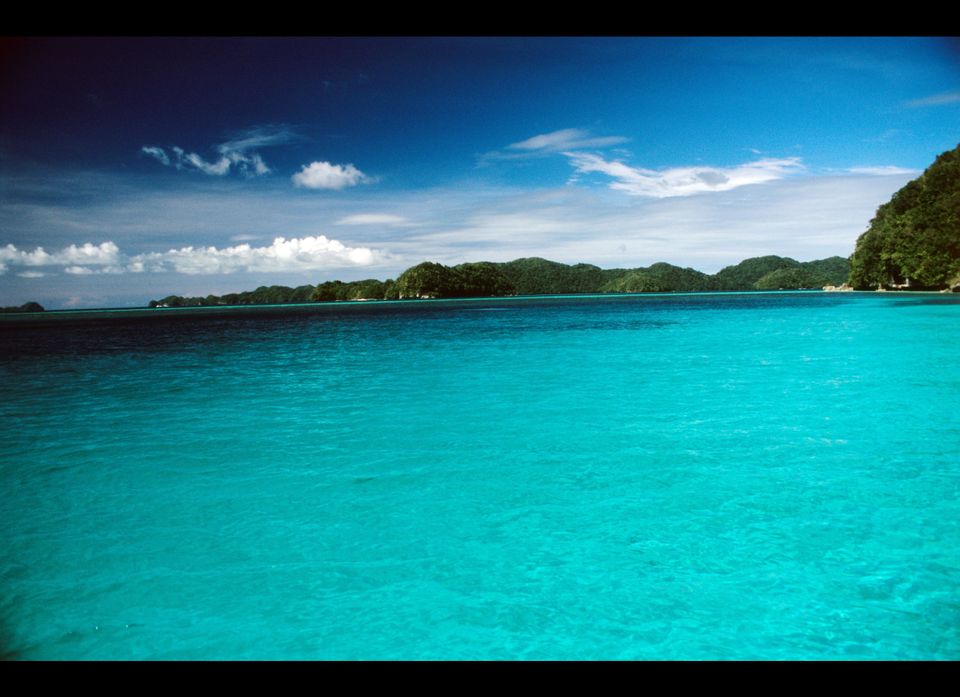 1 / 17
Palau
Palau is one of many Pacific island nations that must confront a future of rising sea levels. <a href="http://www.pbs.org/wnet/need-to-know/video/video-paradise-lost/14421/" target="_hplink">PBS reports</a>, "Palau's coasts are being eroded, its local farmlands tainted by seawater, and its valuable reefs threatened. Johnson Toribiong, President of Palau, calls the damage he's witnessing 'a slow-moving tsunami.' Palau has fought back by appealing to the United Nations to hold industrialized countries responsible for "the damage caused by greenhouse gas emissions, which most scientists say are driving climate change," according to PBS. Additionally, the <a href="http://www.palauconservation.org/cms/index.php/issues/climate-change" target="_hplink">Palau Conservation Society has developed plans</a> to work "with communities to reduce sensitivity, exposure, and vulnerability to climate change."
Alamy