July, 4 2013 was the first anniversary of my son's death. My son was a vibrant, well-educated, working professional in New York City. He was also in recovery from substance abuse. He recognized his issues, and he was getting the help that he needed from his own physician. He was proud of his recovery and was stable but -- as with most people who struggle with substance abuse -- he relapsed. As those who have a loved one with substance and mental health issues, some days are particularly anxiety ridden: you try to keep them safe and hope that you can get them safely to a hospital. 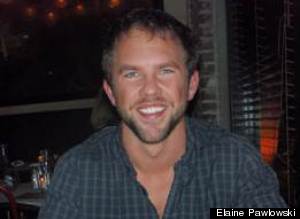 We know much of the dilemma my son faced, on his last day, from the information in his apartment. We know that he was in a crisis situation. We know that he could not present himself to the emergency room without breaking his probation. We know that the state's 911 Good Samaritan Law wouldn't have protected him because he was already involved with the criminal justice system. On the day he died, he didn't go to the hospital for a relapse as we practiced time and time again; he did not call 911 as he had before. He passed away in his home in Manhattan, even though he lived one block from Lenox Hill Hospital.

Why didn't my son seek help?

In 2010, my son was convicted of a drunken driving offense. As the lawyers recommended, he was put into New York's Drug Treatment Court. That would change his life forever.

We do not feel shame that my son was in recovery or that he had mental health issues. We supported his efforts and he openly talked about the ups and downs of his life. But Drug Treatment Court and probation set a new level of horror that we had never witnessed before. It is the dirty, dark secret that many families keep to themselves.

District attorneys are allowed to snicker and demean participants that have the chronic illness of addiction, and the judge did nothing to stop their behavior. The peanut gallery is allowed to sneer and giggle as judges reprimand young people, bullying participants and playing cat and mouse games to "teach a lesson."

Not only are participants berated and shamed in a public forum, but family members are publicly humiliated and demeaned for their support of their own child, partner or spouse. The atmosphere undermines trust in the process.

Once he entered the drug court program, he had no control or choice over his medical care. My son lived under the constant threat of incarceration, and was remanded to jail for relapses, further impairing his ability to get help for his mental illness. He didn't even have the privacy to talk to his doctors without the threat that "what they say may be used against them" -- again impeding his success.

Participants are placed on probation while going through the Drug Treatment Court process and do not have the same rights as others when it comes to getting emergency care for drugs or alcohol. New York's 911 Good Samaritan Law, designed to save lives by encouraging people to call 911 during an overdose, doesn't offer those on probation and in drug courts the same protection as others -- even though drug courts say that drug abuse can be a chronic and relapsing occurrence. My son could not overcome this dilemma and died as a result.

Last week in Washington, D.C., the National Association of Drug Court Professionals (NADCP) held its annual conference. They paraded out their celebrities in support of their programs, they posted pictures of successful graduation ceremonies on the website and they distributed form letters to write to representatives to support local drug courts. But nowhere do they present the true picture of what happens in the day-to-day proceedings of many local drug courts.

No mother should have to face what I've had to -- the death of a promising and cherished son. There are nearly 2,500 drug court programs operating in the United States. We need to hold drug courts accountable and expand 911 Good Samaritan laws to protect everyone who needs them. Their punitive policies hinder, rather than help, people like my son who needs care and treatment.

No one should face punishment for seeking lifesaving treatment.

Elaine Pawlowski is a mother and retired educator