I was reminded of Eugene Jarecki's The House I Live In while driving home recently -- a cop car pulls up alongside a trio of white teens on foot. It stops to eye the kids suspiciously. The boys look back, then saunter along, carefree. From firsthand experience, I know young black teens would probably not have been so blasé -- or lucky -- in a similar situation. More than likely, they all would have been detained and one or all of them could have been arrested for something -- anything -- even if they weren't holding illegal drugs. 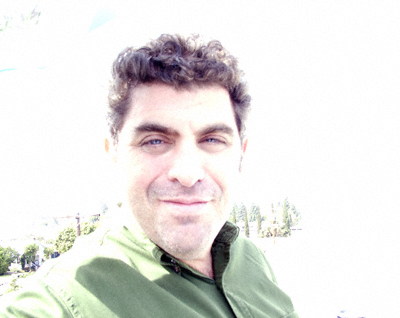 Hard to believe? Check out this Stop and Frisk video by journalists Erin Schneider and Ross Tuttle for a whiff of what this behavior by some police looks and sounds like.

The latest film by the New York-based author and documentary filmmaker, whose works include Why We Fight, The Trials of Henry Kissinger, Reagan and Freakonomics, is a condemnation of America's failed "War on Drugs."

Jarecki's criticism comes not because the war hasn't led to arrests and incarcerations -- it has, especially for disproportionate numbers of people of color. Rather, it stems from the fact that, while the nation has become so successful at jailing, the demand for and the trade of drugs has continued to grow.

It's not hard to understand how we've gotten to the place where the country has a trail of stories of young blacks killed by cops or those in authority. The deaths of Kendric McDade, Treyvon Martin, Derek Williams and Chavis Carter are just the latest in this sad story.

Traditionally, Jarecki is known for asking tough questions, and his latest film is no exception. As the film aptly states, "40 years, $1 trillion, 45 million arrests."

"How did we get here?" says Jarecki, when asked about the driving question behind making this film. "The problem I face is people don't know [the issue] -- so few people have it on their radar."

It's a phenomenon that civil rights litigator Michelle Alexander, among many experts quoted in the film, refers to as the "New Jim Crow," a situation in which those caught in the system for minor drug offenses can find themselves stripped of their rights, experience troubles seeking employment and be labeled as second-class citizens.

When I met with Jarecki, he referred to the drug war as "immoral," something that "yielded no public good." It's an ironic turn of phrase, given this nation's historical preoccupation with morality. Prohibition, for example was deeply rooted in moral concerns. Similarly, the War on Drugs has connections to a moral impulse. President Richard Nixon, after all, declared a war on drug abuse in the early 1970s. There was a concern for those plagued by addiction in that statement, even if that concern eventually went haywire.

With the help of the leadership of successive presidents, Nixon's war morphed into a situation today in which the nation's prison population has grown by 705 percent, with 1 in every 100 adults behind bars.

While I enjoy Jarecki's work, the opening of his film -- the story of his own black housekeeper -- initially put me off. To me, there's something grating about liberals talking fondly of their "help." But as I watched the film, I began to see Jarecki was just being honest about how unaware he was of the suffering she had experienced in her life and how much he and his family had benefited from her sacrifices.

Nannie's tenure with Jarecki's family, we learn, was precious time lost with her own children, who followed the path of many blacks impacted by drugs in the 1970s, '80s, '90s. Theirs is a story of broken families, prison and addiction.

Jarecki seems to imply that had Nannie been able to be with her kids full time, things might have been different for them. That's a lot of guilt to carry, and I think Jarecki wants the audience to feel not only that, but also societal guilt for standing by as all this suffering happened around us.

House also shows how the drug trade has become a "rational" choice for many urban and rural poor people, who see it as a way out of communities that have lost their manufacturing base and are searching for a source of income.

We even meet policemen and jail wardens who empathize with those they arrest and feel that something is broken and needs to be fixed: The jails are simply housing these offenders, who in many cases have not committed violent crimes and are guilty of using or selling small amounts of marijuana and other narcotics.

Jarecki's production proves that, "there are more people behind bars for nonviolent drug offenses than were incarcerated for all crimes, violent or otherwise, in 1970."

Marijuana, in particular, has become a kind of cause célèbre these days. The failed drug war is repeated often in the same breath as the terms "medical marijuana" or "pot dispensaries."

The film takes viewers through the history of drug use in the U.S. and shows how historically the recreational use of drugs was tolerated among the affluent, but punished among the poor -- from immigrant Chinese workers using opium to Mexican laborers smoking marijuana.

The House I Live In seeks to chronicle the inconsistent and discriminatory history behind drug policy, showing how the poor and people of color have been unequally treated under the law. It suggests that we need better laws and treatment alternatives for those impacted.

And yet, as someone who lived near and in some of the drug-ridden neighborhoods in New York and Connecticut the film talks about, I feel conflicted. While I was living in these places, I was deeply fearful of drug dealers and the crime they amplified in the neighborhood.

I do not think this is an issue of whether the drug war has failed, or how unfair the laws are, but how we as a culture can deal with what drives people to do drugs -- and to sell them.

There is something in the American psyche that strives to be better: to not settle, to not give in to the lowest common denominator. The drug trade is a kind of low, it degrades those who sell and consume; it diminishes our entire society. As much as I'd encourage you to see this film, I'd also beg you to question why people do drugs and what can we do to address issues that attracts people to them.

But, in the final analysis, is the War on Drugs a failure? Of course it is. And this punitive war has only served to ensnare working poor and minorities, particularly blacks, in a cycle of self-destruction as men and women get lost to incarceration.

While Jarecki supports changing current drugs laws, he says "the public cannot look to a potential leader to change this."

Change rests with us.

A version of this post first appeared in the Pasadena Weekly. Photo: Eugene Jarecki in LA (taken by Logan Nakyanzi Pollard)