There have been many consequences of the War on Drugs. One has been the explosion of violence in Mexico. For journalists, the war has been particularly vicious.

In Mexico, as in the U.S., the response to drugs has been a violent and aggressive one. The American government has given the Mexican government billions of dollars to help carry out the war since it was launched in 2006. Since then, around 50,000 people are commonly thought to have died, and the cartels appear more powerful than ever. Activists say that demand in the U.S. has helped fuel the rise of drug cartels back home.

There are no firm numbers on how many Mexican journalists have been killed. The Committee to Protect Journalists put the toll at 45 in May. The Mexican government put it at 67 in July. Other estimates spiral even higher.

It's not hard to see why journalists have become such a target. Journalists always become a target in one way or another — their job, after all, is often to uncover things people don't want uncovered. In Mexico, though, the reprisals have been spectacularly brutal.

A review of the last year alone is terrifying:

One paper was forced to stop covering certain stories after its offices were hit by grenades twice.

A reporter was murdered and found stuffed in a garbage bag.

Another was first kidnapped and then murdered.

Another was shot to death inside his house. His wife and son were also killed.

Three more were also found dismembered in garbage bags, with signs they had been tortured.

Another was found in her home, with evidence of asphyxiation and blows to her body.

That is just the tip of the iceberg. There are countless other stories like these.

And yet, journalism is still happening in Mexico. If reporters can be uncommonly targeted for what they do, they can also be uncommonly brave. Sandra Rodriguez, a reporter in Juarez, is a good example. She spoke to NPR in June and said that, after some of her newspaper colleagues were murdered, "We were more angry than scared." Instead of shrinking away, Rodriguez redoubled her efforts, and began investigating some of the crime taking place around her.

"I didn’t want any foreign reporter to tell me the story of my city," she said.

HuffPost Live will be taking a comprehensive look at America’s failed war on drugs Aug. 28 and Sept. 4 from 12-4 p.m. EDT and 6-10 p.m. EDT. Click here to check it out -- and join the conversation. 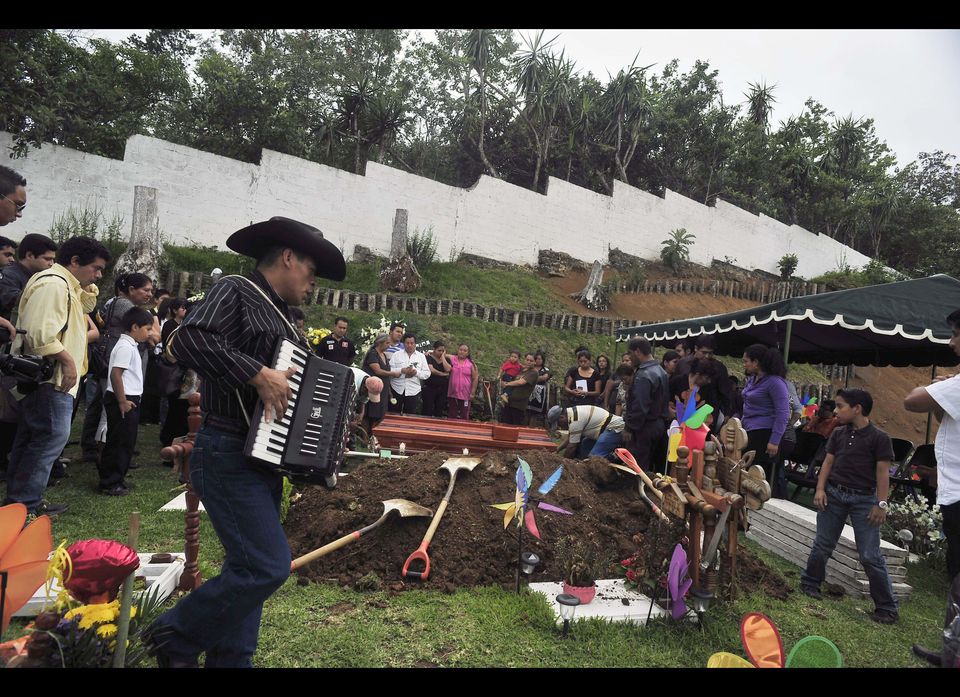 1 / 10
Relatives and friends of Mexican journal
Relatives and friends of Mexican journalist Victor Baez attend his funeral, in Xalapa, Veracruz State, Mexico on June 15, 2012. Baez's body was located yesterday in the center of the city of Xalapa, in the State of Veracruz, the most dangerous condition for the exercise of journalism in Mexico with nine journalists killed since 2011. AFP PHOTO/SERGIO HERNANDEZ (Photo credit should read Sergio Hernandez Vega/AFP/GettyImages)
Getty