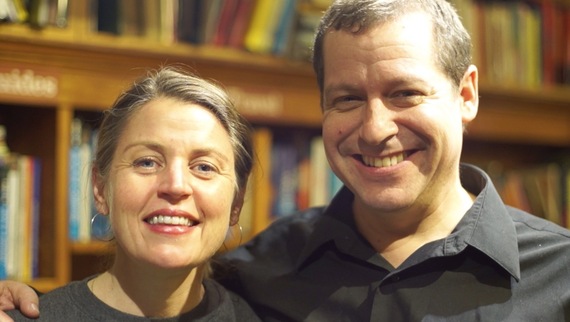 In 2012, HIVE (a hub of positive reproductive and sexual health based at Zuckerberg San Francisco General/ZSFG) received a grant from Macy's. Our goal: launch a reproductive health initiative for men living with HIV. In addition to funding a nurse embedded in the ZSFG Ward 86 HIV clinic, we dreamed of creating a professionally filmed, empowering video to show in the waiting room. With no published data on men living with HIV's attitudes, knowledge or beliefs, related to contraception, fertility desires or safer conception, I facilitated focus groups to inform the video script and begin building relationships with potential film participants. The focus group conversations gripped me. I could not sleep at night, wrestling with the stories of trauma, shame and guilt the men shared. As the stories rattled me and the focus group participants, a new narrative began to unfold: reclaiming an old story of HIV to creating a new horizon of possibility and hope.

Recruiting film participants required giving out my cell phone number and talking at odd hours, when men felt safe to talk and ask questions. With the videographer booked, the filming date approaching and no one willing to disclose their HIV status on film, I began to feel desperate. One evening, I left my children at home and jumped on BART to meet a potential participant, Pete, at a cafe. Over a cup of tea he told me about his years injecting drugs, almost dying, and his feeling unworthy to share his story. I was awed both by his story of recovery and his vulnerability in sharing with me, a near stranger. Curious about me and why I was so committed to making this film with real people and real stories, his questions opened the door for my sharing about being a single parent, my own dating, and my desire to create a world where people have the sex lives and families they want. As we hugged and parted ways outside the cafe, he said he would consider being in the film but it was unlikely. His struggle to fully reveal himself and tell his story was deeply familiar to me on a personal level. So, I asked him "What would it be like to walk toward the light?" "In the light," he told me "I would be free. But I just can't do that. I just can't tell the story."

Pete is a drummer in a popular Northern California band (one of his major concerns for talking publicly about his HIV status) and invited me to attend a performance. I was blown away by the deep southern blues style and utter joy of dancing to his beat. I belong to a Brazilian samba dance group. Each Friday's class dancing with live drumming centers me, invites me to create from my core and reminds my why I am alive. Going to Pete's shows did the same. Pete came to clinic and to support group. I went to his shows. We both came more fully alive. Whenever I hear a drummer and begin to feel the music all the way to my bones, I immediately think of Pete and walking towards the light. Whenever I consider hiding part myself, when I encounter my own shame or doubt, I am reminded of hugging Pete on the sidewalk outside the cafe and asking, "What would it be like to walk towards the light?" The beat of the drummer, this innate connection through music and truth telling calls me toward my own light.

A few days after that cafe meeting four years ago, Pete agreed to be in the film, using an assumed name. Fast forward four years and that first film is still shown in HIV clinics across the U.S. -- it is still true. In the ensuing four years with continued support from Macy's, we've created tools for patients and clinicians, trained hundreds of providers, and shared many stories of our personal days standing in the dark and walking towards the light. Pete has been clean for five years and just told his story in a new film using his real name name. Pete has reconnected with a former girlfriend from his twenties. They are engaged. I'm officiating their wedding in June. I hear there will be drumming. 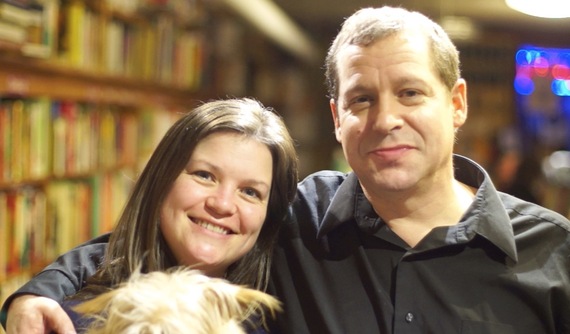 Sandie Bello and Pete Devine, engaged to be married in June.