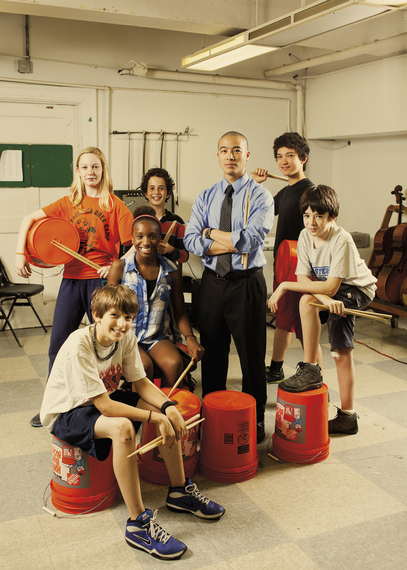 As an instrumental music teacher in the Philly School District, there is not much that I haven't seen in school. I've had students involved with drugs, violence and gangs. I've had students who were living out of homeless shelters, students who have both parents in jail, even a student that had a father who committed suicide while he was at home. I've seen students swear at teachers and disrespect principals. I've seen food fights, flash mobs in the hallway, and I often see Philly police officers in school for various reasons.

However, there is one common theme that I've experienced in inner city schools: All students love music. I've had so much success with the students that have been labeled as "failing." Even some of the most at-risk students in school can find success in music. There have been so many times when students have told me that they were considering cutting school that day until they remembered that they had a music lesson. For me, teaching music has given me a unique opportunity. Not only am I sharing what I love to do, but I'm interacting with a population I might not otherwise interact with. I'm able to help at-risk students who will listen to me simply because I'm the music teacher. I can show students that if they work hard and practice their instruments, they can improve. More importantly, I can teach them that they have potential to succeed at something. I can show them that hard work in anything can lead to accomplishment. I can help them build life skills through teaching music. I have seen first-hand how music can change lives.

The music classroom is the perfect place for students to develop critical life skills. Learning about music involves an ongoing commitment to a process (rehearsals, practicing at school and at home, analyzing and listening to music) and a product (every informal and formal performance). By performing on stage, students develop confidence and learn about concert etiquette. Through hours of studying and practicing an instrument, students develop a strong work ethic, discipline, and a realization of their potential. By performing in an ensemble, students develop leadership skills, awareness and respect for others, and a sense of pride and ownership over their education.

Today's younger generation is vitally connected to music -- practically every teenager listens to music; it is one of the few things in their daily life that they can identify with. When music is taught in school, it offers a crucial link to the outside world -- to one of the most prominent facets of our culture. It acts as a bridge from the classroom to the community.

We have to ask ourselves a very important question: "What is the ultimate goal of our education system?" Of course doing well on standardized tests, and mastering math and reading skills are all essential objectives, but the true purpose of education is to help students develop life skills that transcend the classroom. It's to teach our younger generation how to be better people, socially and intellectually -- how to achieve a college diploma, succeed in a good job, and function in our society. The big-picture goal is that students will leave school and possess enough formal and informal skills to adapt and succeed in the real world.

Over the past couple of years, the Philadelphia School District has been in financial trouble. Every year there have been threats of cutting instrumental music from the schools. The lack of stability has forced many of the young teachers to seek jobs in the suburbs. In June, my entire department was cut, but we were then restored at the end of July. We survived -- for now, and hopefully we won't have to fight this fight again next year. In the meantime, I can hope that someday music programs will no longer be treated as expendable, but rather as an essential part of education. 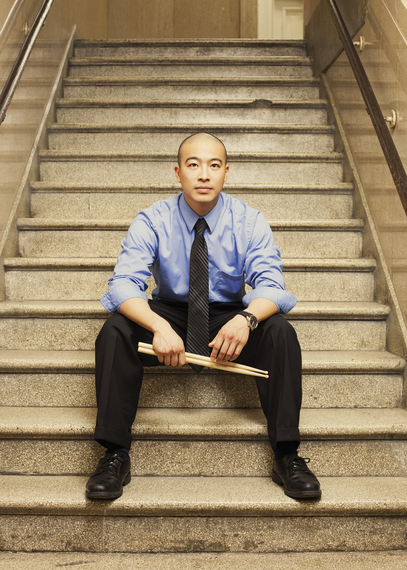 Music Teacher, School District of Philadelphia ; Senior Lecturer, The University of the Arts