A German man who fell asleep while on horseback ended up having an "unsaddling" experience.

The unidentified 26-year-old man was staggering around in Landsberg, Germany, on Saturday night, when he found his way into a cozy stable, TheLocal.de reported.

For some reason, he decided the back of a horse was the best place to get some shut-eye and he passed out there. The horse's owner came in the next morning and found him passed out. 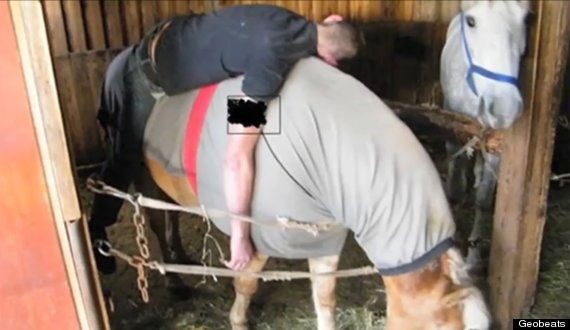 Not wanting to horse around with a drunk, the woman called the police who took the man home, Anorak.co.uk reported.

The boozy Bavarian isn't the first guy to learn the hard way that alcohol and horses don't mix.

In September, Patrick Neal Schumacher, 45, was arrested after allegedly riding a horse while intoxicated.

Witnesses told the Colorado University Police Department that Schumacher was wandering into traffic while going up a busy road. Witnesses also said Schumacher was hitting his horse, Dillon, but he told police he was trying to swat a fly off the horse's head.

In August, Diane Harvey was sentenced to four days in jail after slapping a mounted police officer's horse.

It all started after the officer rode up and asked the woman to empty out a large cup of beer.

Harvey, who was apparently intoxicated, refused and began walking away. The officer then blocked her way with his horse, and the irate Harvey slapped the animal.

In September, 2012, Charles Larkin Cowart, 29, was arrested in Bunnell, Fla., for being intoxicated on a horse, but only after he led police on a 30-minute chase.

Drunken Man Found Asleep On Horse
Too Much To Drink?