The United States of America doesn't even come close to making the list of the drunkest countries in the world. The USA ranks 57th on the list, according to statistics gathered by the World Health Organization.

The "Global Status Report on Alcohol and Health 2011," which was released by the WHO on February 11, lists alcohol consumption statistics for every country on the planet, not only examining how much is consumed, but breaking down what types of alcohol different countries consume.

Check out the WHO report to find out more about individual nations.

The drunkest nation in the world might not be the one you expect, but it's ahead by almost 3 liters. Many of the top 25 are European nations, showing that the drunkest nations aren't necessarily the most impoverished. Spain, Russia, the UK, and Finland all made the Top 25.

The graphic below gives some perspective on where the greatest amounts of alcohol per capita, and the top 25 drunkest nations (ranked in order of most litres of pure alcohol consumed per capita) can be seen in the following slideshow. 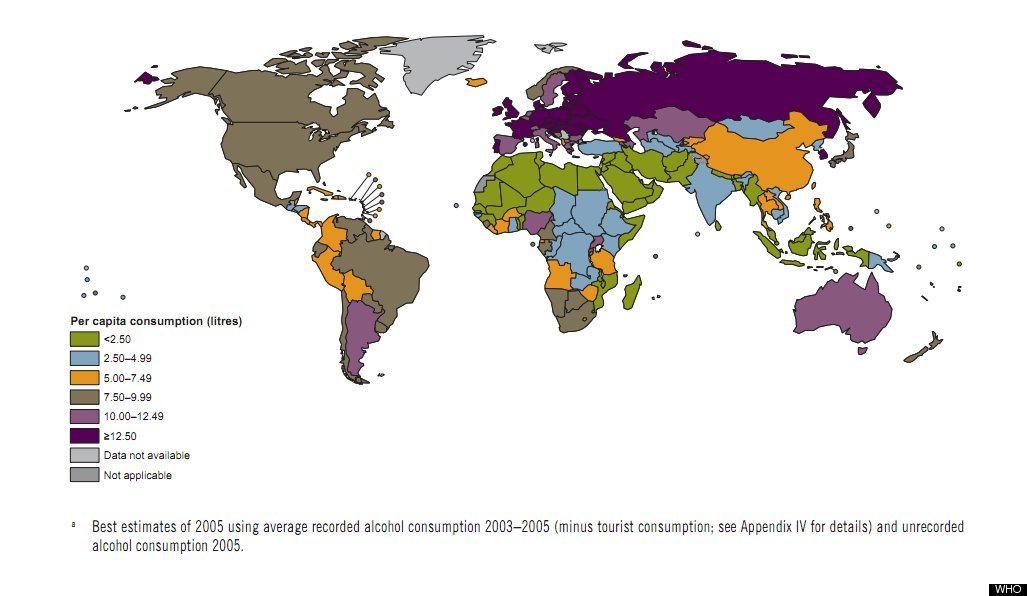