It's a Martian landscape.

The shot (which looks like a moldy, spotted piece of toast) is actually of the Martian surface near the planet's South Pole, covered in dry ice. According to NASA, warmer weather begins to cause the sublimation (changing directly to a gas state from a solid) of the carbon dioxide present in the area.

As the CO2 becomes a gas, large pits, the spots in the photograph (the smallest of which are about 60 meters across), begin to become visible.

The HiRISE camera aboard the Mars Reconnaissance Orbiter took this shot in late July, and over the course of the next year it will also see the area become recovered with this ice. The MRO also found evidence of potential flowing water on the red planet earlier this year, as striations on the Mars surface indicated there may have once been salt-water moving in the area.

The Martian Dry Ice (via NASA's Astronomy Picture of the Day): 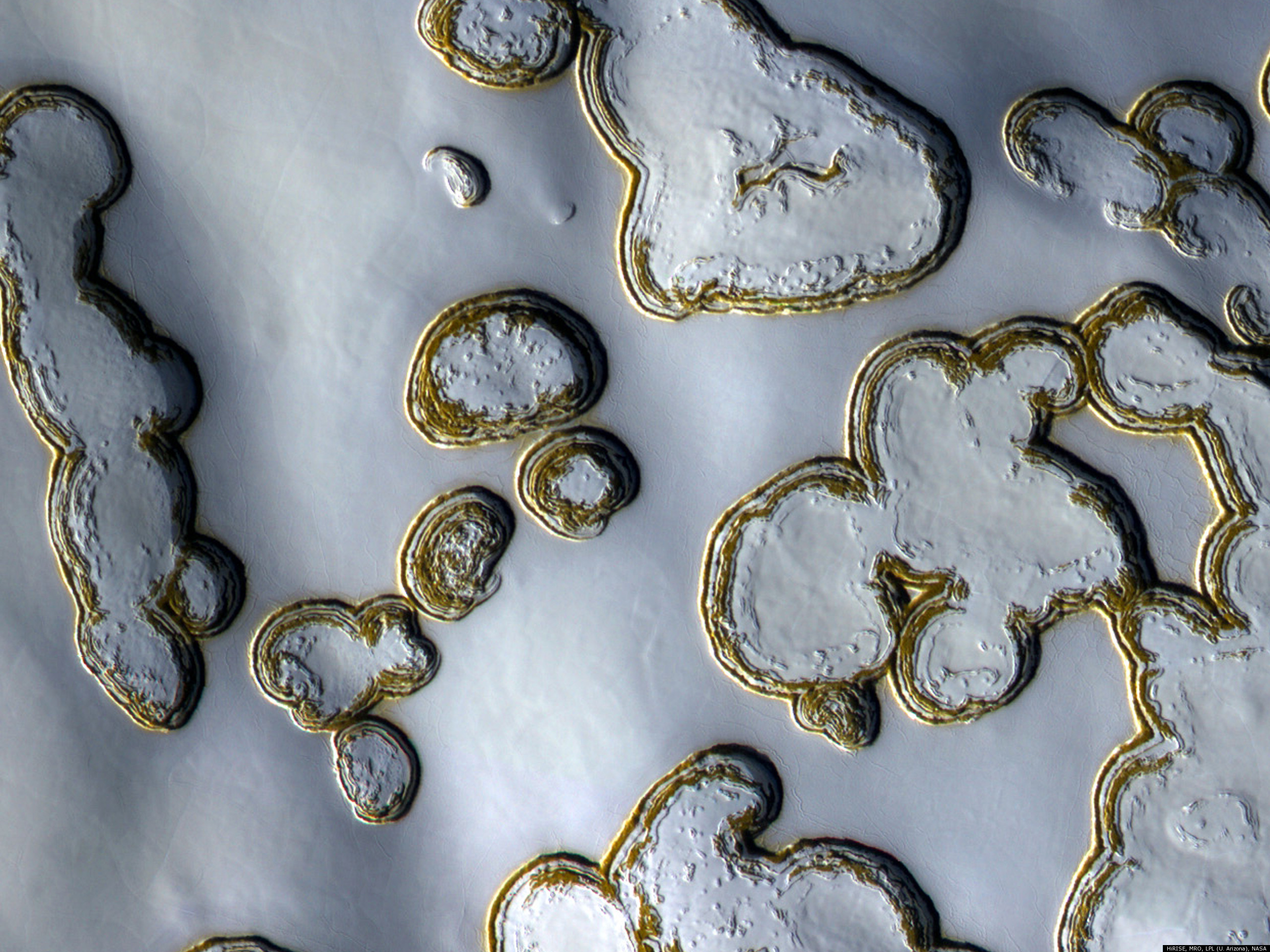