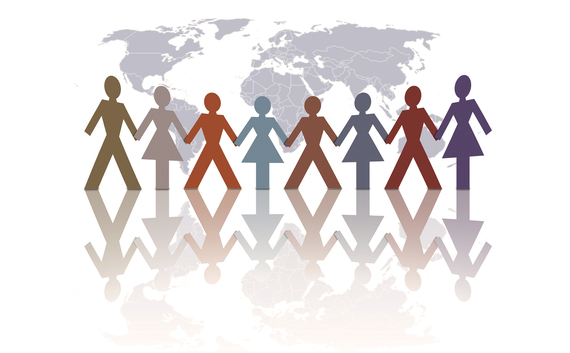 Edward J. Blum is an award-winning author of several books on race, religion, politics, and culture in United States history. He is a professor at San Diego State University, loves to laugh, and be creative with primary source material. His favorite time of the day is the morning - when he writes. His books include: W. E. B. Du Bois, American Prophet, The Color of Christ: The Son of God and the Saga of Race in America and Vale of Tears: New Essays on Religion and Reconstruction.

Robert: W.E.B. Du Bois was one of the world's most important social scientists. Du Bois scholar and biographer, Ed Blum, is well-qualified to explain what Du Bois thought about race.

Professor Blum, as a sociologist and historian, how did Du Bois think that race affected human society and our social relationships? 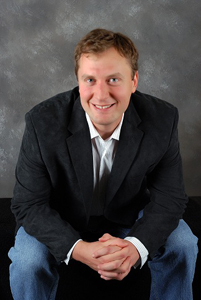 Professor Blum: Du Bois maintained that although race was a constructed way of viewing people, the world, and history, it nonetheless affected every aspect of human society and social relationships. From his epic, The Souls of Black Folk, published in 1903, to his death in Africa in 1963, he claimed publicly that race was prominent in everything. It influenced how people made sense of themselves and those around them, whom they spent time with, whom they counted as friends, whom they cared for or disregarded. Race affected who received job opportunities and educational chances. It influenced why countries went to war and with whom they allied. For Du Bois, race was a pernicious evil that casts veils between humans, that shrouded humans from seeing one another or even themselves clearly.

Robert: What did Du Bois believe that social science could bring to the problem of race in America?

Professor Blum: Du Bois hoped that statistics could challenge racial views of society and social problems. On one hand, he tried to dispel the notion that all people of one category were the same. In a slew of volumes published through Atlanta University, he endeavored to show how African Americans of the early twentieth century were diverse peoples with many different approaches to religion, community, and culture. He also hoped that commonly held racial assumptions (like this group is good at that, or that group is bad at that) could be proven to be false either by demonstrating numerically that this was not the case or by showing how other factors, such as history or discrimination, were the reason for the social outcomes and not racial characteristics.

Robert: Were the movements of black nationalism and Pan-Africanism, in which Du Bois was very influential, a response to black oppression and racism? Would they have been necessary if emancipation was more... emancipating?

Professor Blum: Du Bois had very interesting relationships with black nationalism and Pan-Africanism, and they changed over time. Du Bois was a public intellectual for a long time - more than fifty years. Those years, moreover, witnessed some massive changes. There was World War I, the Great Migration of African Americans from the rural South to the urban North and West. There was the anti-Semitism of the Nazis, World War II, and the emergence of the Cold War as the primary world divider. Finally, there were anti-colonial movements throughout the world that animated the last decades of his life. For Du Bois, black nationalism and Pan-Africanism seemed to be tools to challenge and dismantle the debilitating realities of life under white and Euro-American supremacies. Du Bois was not a racial chauvinist. With the exception of some essays he wrote as a young scholar, he did not articulate the belief that people of African descent where imbued internally with superiorities over others. Instead, pan-Africanism and black nationalism were means to ends. They were best efforts to freedom, autonomy, and to coalitions that could challenge the powers of white-dominated nations and states.

Robert: Have those movements served the purpose that Du Bois had hoped?

Professor Blum: After World War II, Du Bois shifted his main focus from pan-Africanism and black nationalism to Communism as the best way to halt the juggernauts of white supremacy. Increasingly throughout the early twentieth century, Du Bois viewed "the color line" as a construction of the cash line. Greed in the form of state-nurtured capitalism perpetuated race and racism, Du Bois thought. To combat the large political-economies of white supremacist capitalism, Du Bois looked to the communisms of the Soviet Union and China. From them, he hoped that whites and non-whites would observe more efficiently organized political economies that would not only eradicate racial differences, but also bring levels of equality unseen before in the world. Communism, however, failed to deliver during Du Bois's lifetime and after.

Robert: If Du Bois could come back today and read the headlines related to race in America, what might he think about the progress we've made and how it may reflect on his own career?

Professor Blum: First, I think Du Bois wouldn't trust the headlines. He would see the mainstream news spun in ways that paralleled with reporting on race, crime, and politics from the early twentieth century. Second, I think without a doubt he would recognize growth. African Americans are not only students at Harvard University (as he was), but also professors. Segregation certainly exists, but it is not the nationally accepted norm. And the election of Barack Obama, twice, to the presidency would merit notice. But when it comes to issues of wealth, medical care, and incarceration, Du Bois would once again invoke history and the social sciences to ask all Americans: is this the best we can do? Does this indicate a just society? If Jesus Christ were to visit the United States (a scenario Du Bois imagined on several occasions) would Jesus be pleased or would he find the same baseline assumptions of white supremacy that were present one hundred years ago? To all of these, I think Du Bois would answer that as much progress as there has been in the upper echelons of society, the color line is still a determining force for the vast majority of Americans.

Robert: Did Du Bois envision a post-racial society? Where would he suggest we go from here?

Professor Blum: Du Bois liked plans; he liked programs. Throughout his life, they got bigger and bolder with the passing decades. His life ended, in fact, with him steering the formation of an Encyclopedia Africana as a grand challenge to the Encyclopedia Britannica. I think today Du Bois would endeavor to create organizations and media outlets that could bring together the disparate groups fighting for economic and racial justice. He would try to align those interested with reform in the criminal justice system with those who work in healthcare and in healthy eating. He would want Protestants, Catholics, Jews, Muslims, believers, and nonbelievers to endeavor to see what they can agree upon for the public good. Tirelessly, he would shame the wickedness of white supremacy. And finally, he would encourage everyone, as he stated boldly in his final autobiography, to practice justice and to enjoy living physically as well as spiritually.