by Illeana Hoffman and Steven Lapidus

Being admittedly a bit too New York-centric, we started off to Dubai with preconceived notions... expecting a sort of Las Vegas-like cityscape, only with restrictive dress and limited food choice. To the extreme, we were even warned by some that we should take care to avoid inappropriate dress. In retrospect, how astoundingly misinformed we were!

After 20 hours of traveling, space begins to mean everything. Cushioned by exquisite Turkish Airlines Comfort Class, we were seated in our own version of "Lazy Boy" recliners, and a choice of 70 movies to help the time pass quickly. Dubai greeted us with incredible hospitality and easy luxury. We had an inkling that Dubai was a coveted spot for Brits (which turned out to be true), but few of our American inner circles really had an accurate knowledge of the place.

We began as 3 women and one man, two journalists and a fashion PR person, to host a Designer trunk show in the ever-affluent Dubai. What we found is something well beyond our range of knowledge, a place both inviting and gracious and even a bit outrageous in pockets in showings of wealth.

They do everything big in Dubai. If shopping is your thing, the Dubai Mall offers 1700 stores, with every premier luxury brand available -- a haven for shopping junkies. Most intriguing, though, was seeing women dressed in the classic local abaya, fully covered and accessorized with expensive designer handbags and jewelry. The drama was all in the eyes -- extreme make up, thick eyebrows and wonderfully decorative touches. Equally represented was western dress in every imaginable form, with no nod to disapproval or restrictions.

Oh, and the wealth is omnipresent! We travelled the city flanked by Bentleys, Rolls Royce's and Lamborghinis... all white ... the color of choice. Dubai is definitely a car culture. We jumped right in by hiring Excellence Limo to provide our own personal, knowledgeable driver and help us navigate. Back in Dubai Mall, there's a huge aquarium, floor to ceiling with one of the largest tanks in the world at 51 m x 20m x 11m, where people scuba dive and swim amidst the fish. All this occurs against a backdrop of the ritualistic call to prayer. Imagine commerce and religion offered and co-existing in the same place. Dubai Mall can be likened to a mini-New York -- even a Shake Shack is included among the endless parade of 5th Avenue stores like Bloomingdales, Galleries Lafayette, Saks, Cartier, Prada, Chopard and Van Cleef but with an Arabian sensibility layered on top.

The world's tallest building, the Burj Khalifa, stands near the Mall and is owned by Dubai's ever-present Emaar Properties. Interestingly, Burj Khalifa was designed by a Chicago firm (also responsible for the Willis, formerly Sears, Tower). Dubai is international and sophisticated, with endless places to dine and explore. We chose the Armani/Ristorante in the Burj for Italian, but if Japanese, Mediterranean or Indian is your thing, Armani has each as well. While dining we enjoyed a spectacular view of the Dubai Water Fountain Show, where every half hour an elaborate display of lights and water jets up to 500 ft. Ironically, Americans also designed the water show, the same team who created the show at the Bellagio in Las Vegas.

The beauty of the buildings, the wealth and the elaborate choices offered... all paled next to Dubai's exquisite customer service oriented culture. Never, ever, have we received such gracious attentiveness, anywhere! There are a myriad of hotel choices. Hotel H, more of a businessperson's destination, serves an excellent breakfast. The concierge, a lovely Kenyan man called Nash, took company time to explore the jet-like metro (do you know you can pay 3 fares -- one to ride in a women's car, one to be with the mixed sexes and the 3rd to ride in executive class?), a downscale Ethiopian hangout and the local shopping -- all great fun. Another distinctive choice is the Jumeriah (means "beautiful") Zabeel Saray, built on the west side of Palm, Dubai's man-made island. It was inspired by the imperial palaces of the Ottoman Empire, and its moment of fame increased with the filming of Mission Impossible 4 in the its truly lavish lobby. And, Tom Cruise's tuxedo actually hangs next to the indoor movie theater for the guests. Jumeriah's Talise Ottoman Spa has also been touched by fame when Madonna indulged in their unique spa experiences. Clients are placed on marble slabs, massaged, as warm mineral water is poured on, along with olive oil suds, swept on in gauze like pillow...

Dubai is a place of intrigue, wealth and grace, well worth the 20-hour flight. How often can one be transported to a place where people truly care and make one feel comfortable and most welcome!? 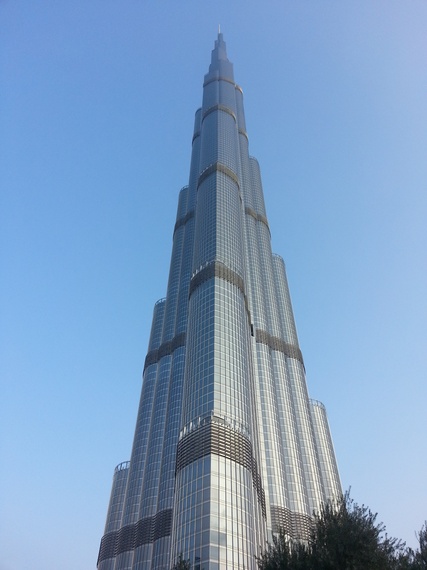 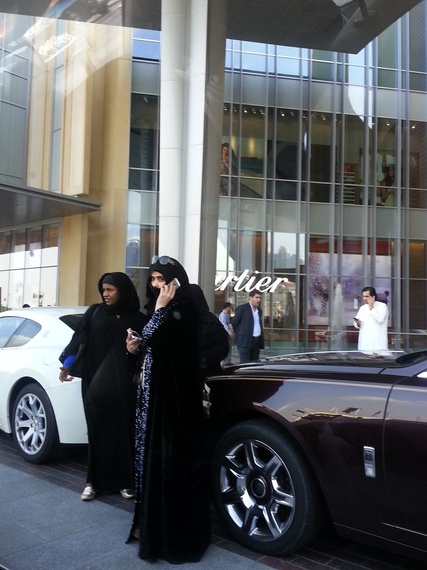 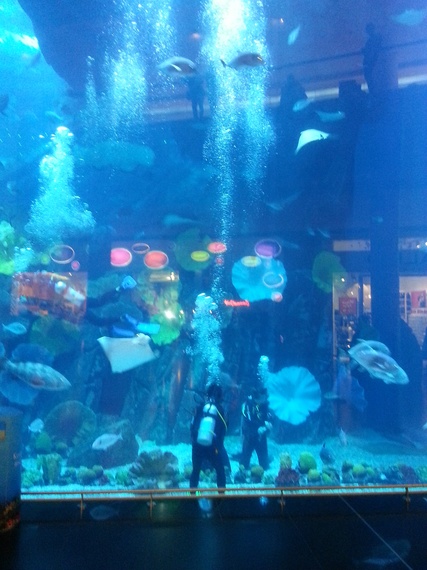 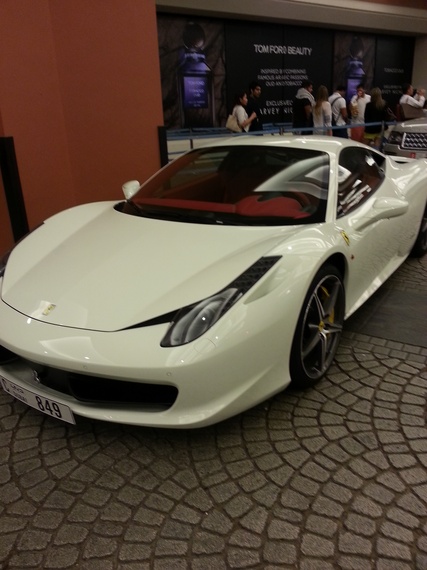 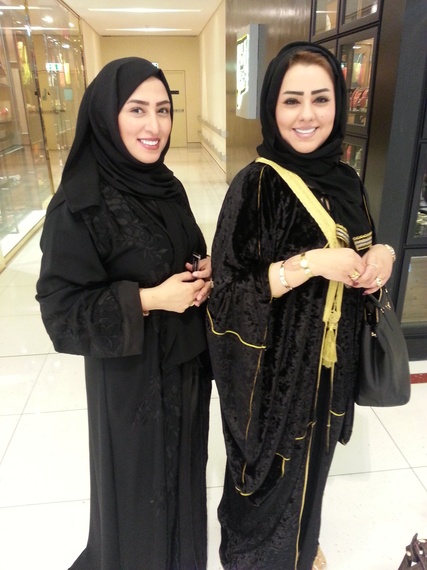