If you're wondering where the future of architecture is headed, we have a relatively mind-boggling project that could point you in the right direction. It's an 80-story skyscraper imagined by Dynamic Architecture's David Fisher that would feature individual rotating floors.

That's right, the enormous, towering building -- meant for Dubai -- would have floors that move ever so slightly, completing a 360 degree rotation every 90 minutes. Forget about fighting for an east-facing apartment, the suites in Dynamic Architecture's creation would have all four cardinal directions covered. And it get's better. The building would be equipped with several giant wind turbines that generate electricity for tenants, and penthouse residents would be able to park their car at their apartments thanks to nifty lifts.

The design was originally proposed in 2008, but five years later the feat of architecture has yet to be constructed. This might be because Fisher isn't actually proficient in skyscraper design.

"I did not design skyscrapers, but I feel ready to do so," Fisher said in an interview with the Associated Press. "You can build anything."

Watch the video above and make your prediction regarding about the building's future in the comments. Did we mention there are plans for similar structures in London, New York, Moscow and Paris?

PHOTO GALLERY
Bizarchitecture: The 10 Craziest Buildings In The World

Massive Rotating Skyscraper Is An Actual Design By Dynamic Architecture (VIDEO)
Bizarchitecture: The 10 Craziest Buildings In The World 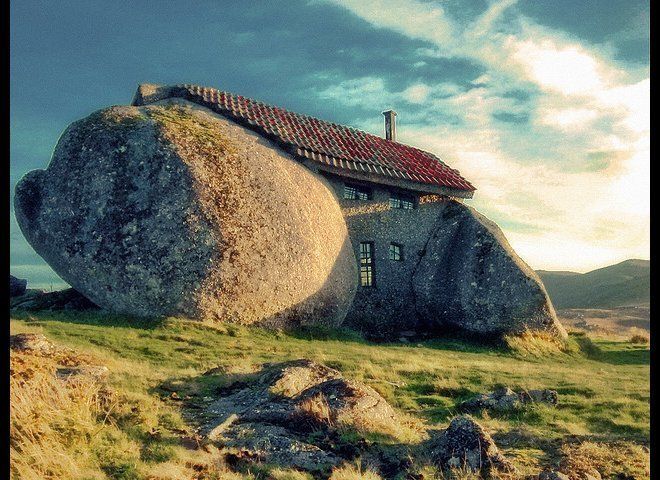 1 / 11
Stone House
This sweet little stone house tucked away in the Portugal mountains is rumored to be inspired by the Flinstones! If only watching cartoons turned out so well for the rest of us...
Flickr: Jsome1