Oct 22 (Reuters) - A Dubai cafe, trying to give a modern twist to an old Bedouin tradition, has started putting camel products on its menu.

Cafe2Go, launched in September last year by an Emirati entrepreneur as part of a scheme to revive Bedouin traditions, now features camel-lattes, camel-ccinos and camel-meat fajitas.

Earlier this month, he launched Camellos -- a brand name for his products derived from the Spanish word for camel.

"Camel milk has been around for centuries and I wanted our younger generation to start drinking it again," Jassim Al Bastaki, the cafe owner, said. "From here came the idea of mixing it with modern drinks."

Camel milk has been a staple for desert Arab nomads for generations. However its boom in modern day food and beverage industries in the UAE adds a new level to its commerciality.

Apart from being a novelty in the glitzy home of the world's tallest building and the man-made palm islands, Bastaki swears by the health benefits of camel milk. Studies show it is almost as nutritious as human breast milk and offers 10 times more iron and three times more vitamin C than cow's milk.

The challenge in marketing the product comes from the taste and smell. Unlike common dairy products, camel milk is slightly saltier and has a heavy taste, and from the smell, one knows immediately where it came from.

Bastaki said he had spent months testing different concoctions on family and friends before coming up with the perfect blend.

"Camel milk is known for being a healthier choice," he said. "We just had to find the right coffee bean mix and degree of steaming the milk to make it taste good." (Reporting by Amena Bakr; editing by Sami Aboudi and Paul Casciato)

PHOTO GALLERY
Sandwiches Around The World 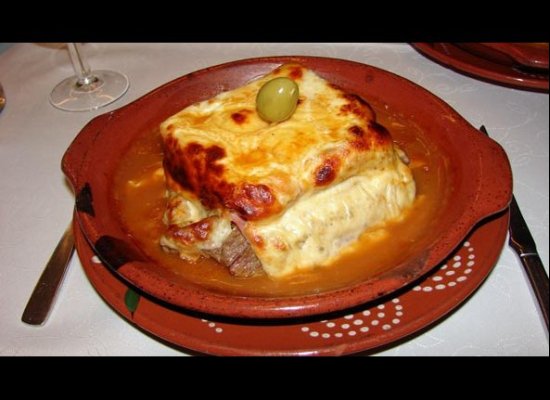 1 / 10
Francesinha, Portugal
Though it means "little French girl" or "little frenchie" in Portuguese, there's nothing little about a Francesinha. They did get the French part right - the sandwich is a take on the French croque monsieur...on steroids. One tale claims it originated in Porto with a Portuguese emigrant who returned from France to his native land and adapted the French grilled ham and cheese for Portuguese tastes. Apparently that meant joining two slices of bread around some combination of steak, sausage and ham, crowning it with melted cheese and dousing it with a tomato-beer sauce. Adding fries and/or egg makes it "especial." Photo: <a href="http://www.flickr.com/photos/gemitux/407798020/" target="_hplink">GemiTux</a>/Flickr