It wasn't easy at first, but reporters and editors at Dubai's Gulf News embraced convergence with gusto and are blazing a trail in multimedia that could serve as an example for Arab newspapers struggling with a journalistic identity crisis.

"It was me, the camera and the subject," said Sunita Menon, a 17-year veteran print reporter at the English-language daily who was keen to learn new skills and become a videographer.

Since the paper's adoption of convergence in 2009, she has completely focused on multimedia, admitting that when Gulf News TV began, she had no idea what a camera was.

Her first multimedia assignment involved a Flip camera to shoot footage at a labor camp. 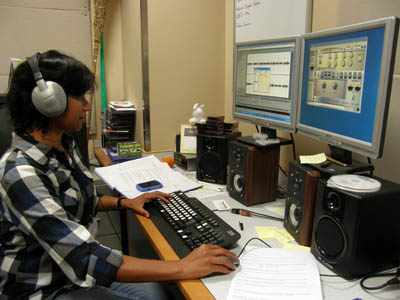 Today Menon feels at home in the soundproof suite off the newsroom where she produces story-boarded shoots.

She and her colleagues turn out cutting-edge investigative reports and cover news in the United Arab Emirates in keeping with high professional standards.

Another star journalist and crimes/courts expert, Bassam Zaza, published a probing story about bounced checks that went online first with two videos and is one of the most viewed reports to date. 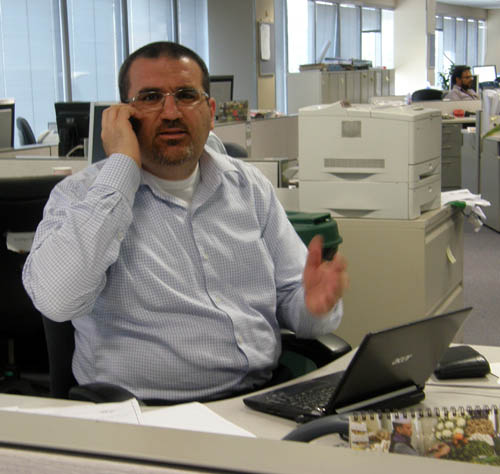 Zaza's report in July 2009 delved into the UAE's bounced check law, explained the consequences of check bouncing -- a regular occurrence -- and spoke to a lawyer on how the courts viewed suspects.

Related stories focused on the cost of bounced checks, and options to relieve courts overloaded with casework. 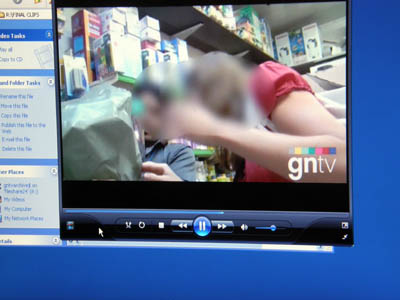 The videos and stories it published have been quite a hit .

"We were planning for convergence when we decided to get a new editorial publishing system," said hub editor Adam Flinter.

The move followed scrutiny of models like the New York Times , Britain's The Guardian, the Poyter Institute and the Orange County Register.

"We came back and pitched different models," Flinter explained, adding Gulf News executives realized that in the Arab world papers were still dominant so the balancing act of transitioning to a converged environment had to be smooth to meet various constituents.

The upshot: The editorial staff is fully integrated with a hub as the focal point from where desk editors direct operations to departments radiating like a wheel's spokes. 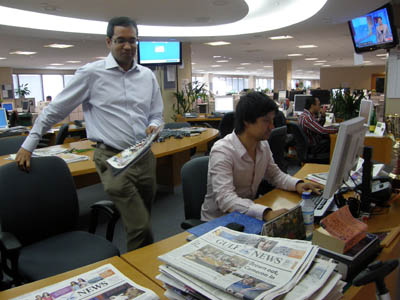 The furniture was in place for a while so people got used to it. A consultant sized up potential issues and it took 6-8 weeks to nail down workflows and produce dummy runs.

The revised priority: "web first, print surprise," since in print readers would be looking at the next day's story.

So editors publish online first and follow up on stories for the print edition with details that provide more background, context and a certain element of surprise.

"There's a performance assessment on that, every story is discussed on the hub," said Deputy Managing Editor Robin Chatterjee. Editors plan, strategize, and direct to different multimedia platforms.

The most important lesson: it's a marathon, not a sprint.

According to Deputy Managing Editor Chiranjib Sengupta, who doubles as a hub editor, there was a mental transition to the philosophy of the hub and new art of story telling since the process is participative and editorial meetings are held at different times.

"It involved training reporters in multimedia for five days at nine hours/day," he said. "Some of the trial stories were published online."

Part of the selection procedure was picking people with an affinity to multimedia, and the focus was more on the editing side, he said of the soft launch and two-month buildup before going live.

The paper has 12 deputy managing editors and over 50 reporters, so long-term thinking and planning were imperative.

"At the beginning there was a lot of resistance," admitted Chatterjee of the conservative approach print reporters tend to take and the fear of the unknown expressed by some at the paper since all had worked as print reporters.

The more traditional journalists could not see the rationale of online first.

"In the West, it's evolve, or die, or suffer," said Flinter. "There, it's done out of necessity; here we don't have to do that yet."

But Gulf News did, to be prepared and ahead of the curve since its executives were the first in the region to realize change was coming and took a quantum leap to overhaul the paper.

The redesign has been quite profitable, Flinter said. 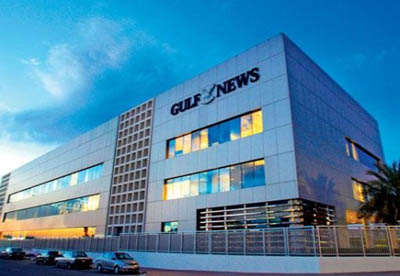 Integration also involved two FM music radio stations that have small news teams. It's an informal/formal arrangement that allows the paper's reporters to occasionally go on the air.

Equally important is the integration of readers as journalists.

The Your Turn page involves readers who send pictures, videos, stories, and consult with the paper's editors. Gulf News has used readers' pictures on the front page.

"You make yourself relevant to your audience," noted Flinter. "That culture is what we're trying to spread. The sheer simplicity lets everyone come."

The redesign and a 24/7 cycle had to be built from the ground up at the subscription-only paper that doesn't even give out free copies.

But its editors also don't believe in building paywalls since the online model is sponsorship-based.

Both the online and print editions make money, Flinter said, adding that the crossover is insignificant, with only 3% of the audience reading it online as broadband penetration in the UAE remains low and is an office-based culture.

Additionally, content for print and the Web is not exactly the same, so there's measurable success with breaking news. The paper has also started an SMS service.

Gulf News is, moreover, channeling energies towards Twitter and social media and getting into Facebook in a fledgling way.

But sites like Flikr and some social media platforms are banned in the UAE to avoid subjecting browsers to pornography.

It's a far cry from the 16-page black-and-white tabloid hand-delivered to homes and newsstands in Dubai sometime around mid-morning when it began in September 1978. 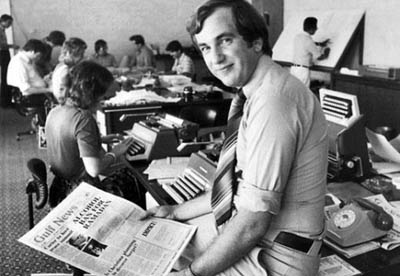 Today it's a full-color broadsheet with a host of magazines and supplements. 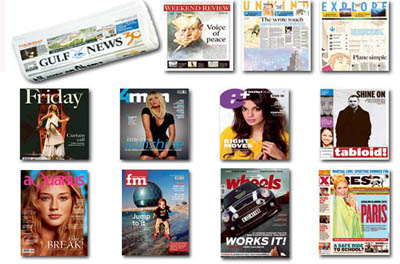 It has since evolved into a regional reference.