The "X-Files" reboot is happening next January, so David Duchovny and Gillian Anderson will be spending a lot of time together. But we didn't expect them to sing and kiss on stage.

On Tuesday night, Duchovny played a show in New York City to celebrate the release of his debut album, "Hell or Highwater." The actor-singer-songwriter-author-director was joined on stage by Anderson in what may be the most adorable reunion ever.

Per Anderson's request, the two sang Neil Young's "Helpless" for the encore. Agent Mulder whispered into Agent Scully's ear during the performance, then kissed her at the end, imploding "X-Files" hearts across the galaxy. 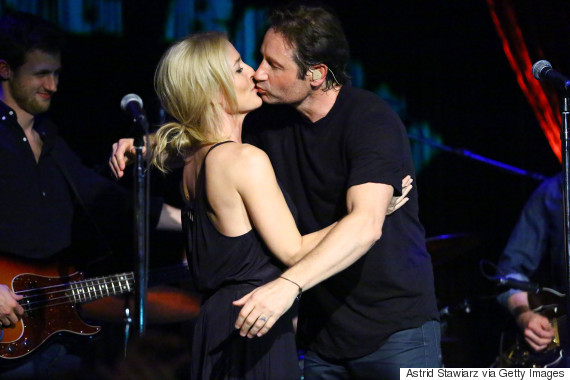 Here's a close-up in case you want more: 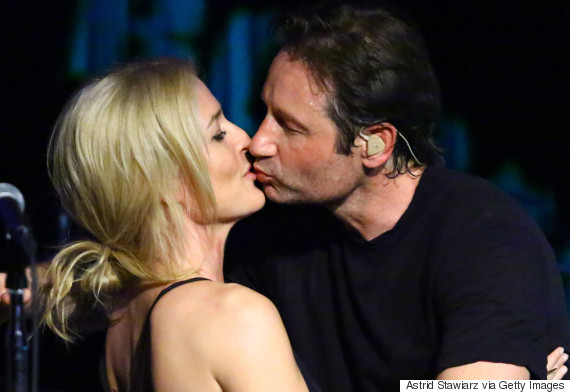 But Tuesday night also served as a Moody family reunion. Madeleine Martin, who played Becca Moody, the daughter of Duchovny's Hank Moody in Showtime's "Californication," came on stage to sing with the actor while Anderson played the tambourine.

"The X-Files" reboot premieres in January 2016 on Fox.

PHOTO GALLERY
'The X-Files': Most Shocking Episodes
Voting Made Easy
Register to vote and apply for an absentee ballot today
Register now

David Duchovny And Gillian Anderson Sing And Kiss In Adorable 'X-Files' Reunion
'The X-Files': Most Shocking Episodes
1 / 25
"War of the Coprophages"
This creepy-crawly episode saw three teenagers huffing drugs when one of them spotted a cockroach gnawing at his wrist. Soon the bug crawled under his skin, driving the teen insane and forcing him to cut it out with a razorblade. But was the cockroach real?
YouTube