Duke was the only top seeded team to make the Final Four, but the (much despised) school evidently hadn't checked the results of the three previous regional final games. The university's online store is offering a $20 "Final 4 T-Shirt," but the sample image shows Duke going to Indianapolis with Northern Iowa, Syracuse and Washington. Of course, each of those schools lost days earlier. In fact, none of them even made the Elite Eight. The listing notes that the graphic is for "illustrative purposes only" and that teams are "subject to change," and it's clear that the designer's prognosticators went 0 for 3. Scroll down for a picture of the shirt.

UPDATE: Reader A.R. points out that North Carolina had a similar shirt blunder last year. Their championship T-shirt showed the Tar Heels beating UConn in the final game, when in fact they defeated Michigan State. 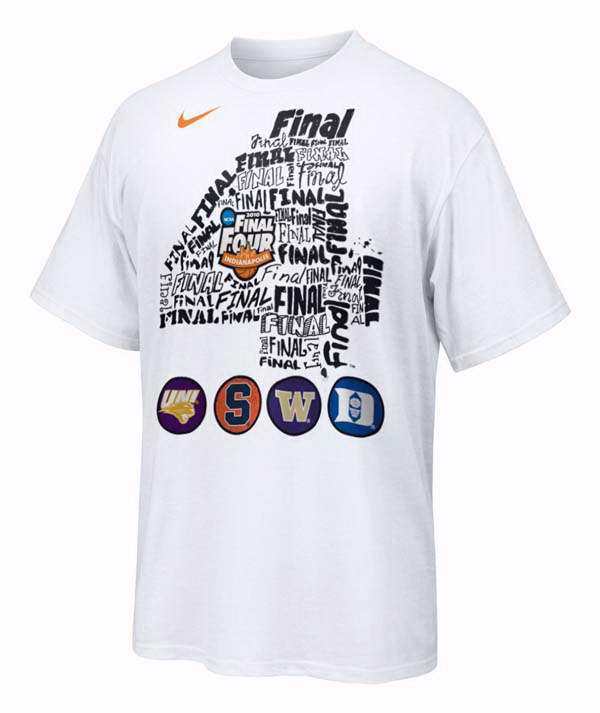