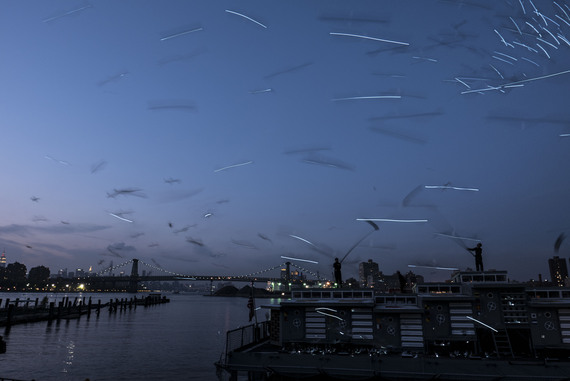 The Brooklyn Navy Yard is infested. 2,000 pigeons have come home to roost on a defunct aircraft carrier. This is Fly by Night, the newest project by Creative Time, a socially-engaged arts organization best known for the Tribute in Light, those ghostly beams that punch the sky over Manhattan every year in the week running up to September 11th.

Creative Time has a fondness for post-industrial settings. Only two years ago it retrofitted the soon-to-be demolished Domino Sugar Factory in Williamsburg with Kara Walker's magisterial, Marvelous Sugar Baby. Her 30-ton glistening, sugar-coated sphinx - fronted by a Mammy-face worthy of an Aunt Jemima bottle - pointedly reminded us all about the brutal underpinnings of the sugar cane trade. Domino Sugar's crystalline wealth was built on the bowed backs of slaves.

Surprisingly, Fly by Night, Creative Time's new project, seems to have little apparent political intent. This has nothing to do with Duke Riley, the artist they've chosen, or with his feathery medium. For his previous work with wings, the coyly-titled Trading with the Enemy, Riley trained dozens of pigeons to smuggle Cuban cigars from Havana to Key West Florida. Another dozen birds filmed the journey from low altitude, and thumbed their beaks at the high-tech surveillance meant to stop all this pirating. 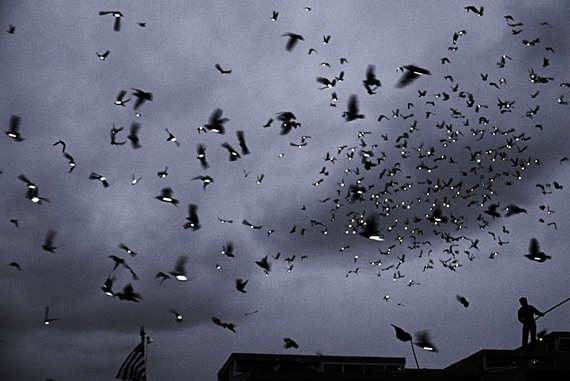 This time around, Riley has supersized his cast to the thousands and tagged them with bright, LED lights. The setting is Brooklyn's Navy Yard - the former site of U.S. military glory, when battles were waged at sea, and America's empire was ironclad. Today, most New Yorkers would be hard pressed to locate the Navy Yard on a map; much less mentally associate it with homeland security. Riley's feathery pirates are roosting on none other than an antique warship. And that perhaps is the point - such martial swagger is archaic stuff. The pigeons have nothing to smuggle this time, except art itself. No rockets' red glare, no bombs bursting in air, only the hushed awwing of the enchanted crowds, and the flapping rustle of feathers lit up like stars wheeling high overhead.

From the Tribute in Light that reminded us that hope is anything but material, to Marvelous Sugar Baby, which rebuked the whitewashing of the past, Creative Time has masterfully restored social imperative to the realm of art. This time around, its curatorial statement has made some halfhearted asides towards gentrification and the dying art of the pigeon coop, but the gesture is both belated and unconvincing. Only the frantic semaphoring of Riley's crew, with their fast waving flags, give an indication that some message is being conveyed - but it is not one we can decipher.

It would be better to see Fly by Night as a summation of all Creative Time has done before -unearthing the past, raising accountability alongside the dead, birthing bright promise out of bitter ruin. These birds remind us all of that is whimsy; of that thing that "perches in soul, and sings the tune without the words, and never stops at all" ('Hope is the thing with Feathers' - Emily Dickinson). 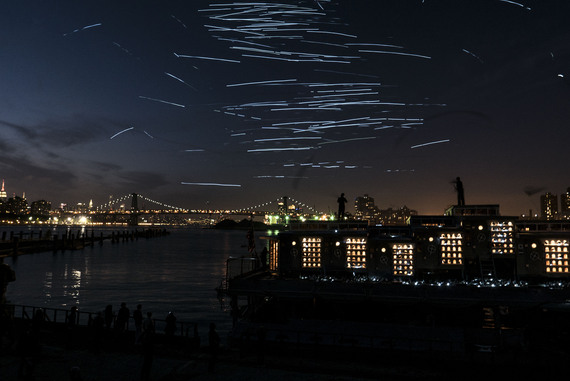 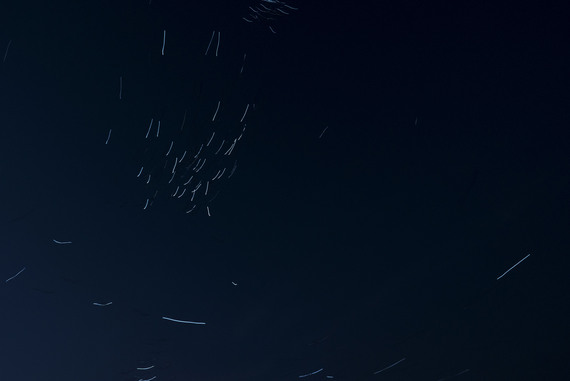