Thank goodness the Republican House approved a budget compromise that lifted the debt ceiling for 2 years, and ignored the Republican Presidential debates. It was a compromise because Democrats were needed to get approval in both houses of Congress. In fact, retiring House Speaker John Boehner was only able to pass it because all 187 Democrats voted for it, and only 79 House Republicans--and the Senate approved it late last night.

The deal provides an extra $80 billion, divided evenly between the Pentagon and domestic agencies over the next two years, and extends the government's authority to borrow to pay bills into March 2017, as President Obama's successor settles into the White House. It also preserves our S&P AA+ bond rating (that once was AAA).

"Today we had a major victory in the House," said California Rep. Nancy Pelosi, the chamber's top Democrat. "It was a victory for bipartisanship. ... We honored the full faith and credit of the United States of America."

It tells us what the Republican debates have also told us. Repubs have become the 'dumb-down' party, with seemingly no clue how an economy works. Best example is the 10 percent flat tax that they have advocated forever. Steve Forbes made it part of his presidential run in 1996 and 2000, or Marco Rubio's assertion in Wednesday's Republican debate that $6 Trillion in tax cuts would pay for itself.

In fact, either would bankrupt government, which has to be their goal. Revenues would not even begin to cover expenses. It is certainly why the U.S. has the developed world's greatest income inequality, which has led to the poorest social safety net, especially for children. 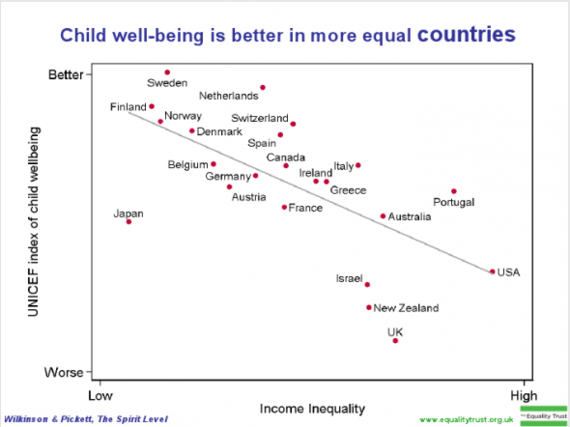 Today's tax revenues don't cover current expenses either, but that's because tax rates have been cut drastically and steadily since Ronald Reagan dropped the maximum rate from 70 to 40 percent. GW Bush's Treasury Secretary Ron O'Neill famously warned that deficits do matter, but Veep Dick Cheney fired him one month later, rather than listen to such economic wisdom. And Republicans economic knowledge hasn't improved, judging from the two presidential candidate debates held to date.

There is really only one way to reduce the current $19 Trillion federal debt, since Congress hasn't been able to reduce government spending. It's to raise revenues, with a combination of higher taxes as well as fewer tax loopholes. Most modern developed countries require their citizens pay enough taxes to cover what is being spent, and the wealthiest pay the most.

It's a simple fact that most of our deficit is from past spending, such as the Wars on Terror, or the $835 billion spent via the American Recovery and Reinvestment Act that saved us from another Great Depression; or from revenue losses from the Bush tax cuts and the Great Recession. So the question is how do we make up the lost revenues?

Republicans have succeeded in crippling much of government with their no tax raise mantra. This budget compromise will help current programs. But it doesn't cure the revenue problem. That can only be fixed with higher maximum income and inheritance tax rates, while rescinding some of the tax subsidies to the energy sector ($7 billion), or the "carried interest" loophole that taxes hedge fund profits at the current capital gains rate of 20 percent, rather than as ordinary income with its 39.6 percent maximum rate.

Eliminating the carried interest loophole would raise $21 billion in revenue over 10 years, according to the Congressional Budget Office. This is when the top 25 hedge fund managers earned some $24.3 billion in 2013. 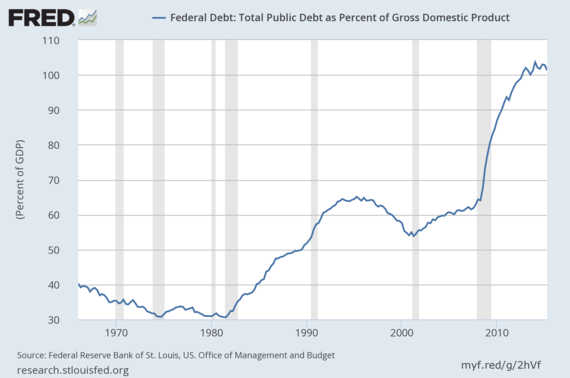 We were able to keep our deficits at a reasonable level when the U.S. had 70 to 90 percent maximum tax rates to support our growing economy, as the above graph shows--before 1980, that is. Now we have to find a way to dispel the myth that downsizing government helps anyone but the wealthiest among US.