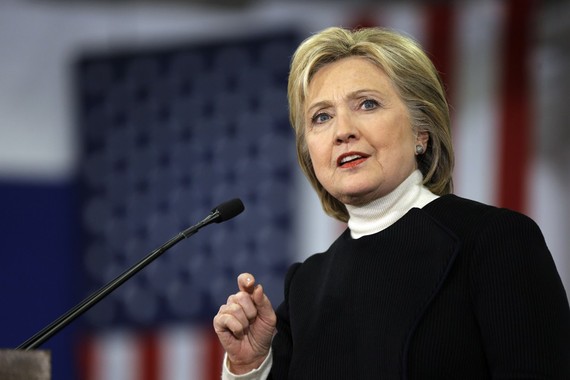 I have got some news for Hillary Clinton's supporters: Donald Trump is no punk and he should not be taken lightly at all. Sure, Obama's coalition is pretty much unbeatable. But, Hillary is no Obama and Trump is no John McCain or Mitt Romney. Many of you are bursting with pride for your candidate and seem to be salivating at the idea of a landslide victory in her favor in November. I am here to throw cold water on that idea and suggest that we take this election far more seriously.

First, consider the environment we are in currently. There is a strong attraction from voters to candidates who are considered anti-establishment. This is a huge reason why your candidate is having trouble disposing of an independent socialist in the primary. In the Indiana Primary among voters who think we should generally change to more liberal policies than the current White House, Sanders won 77 percent. Similarly, in Indiana Trump won 55 percent of voters who are dissatisfied or angry with the way the federal government is operating and 55 percent of voters who say they feel betrayed by the Republican Party. Furthermore, overall Pew found that 50% of Trump voters feel anger toward the federal government while only 6% of Clinton voters feel the same way. A huge number of people are very upset with "the government" and have very little tolerance for status quo politics.

I am currently living in a Red State and have talked to many Trump voters. They also constantly call in to the conservative radio show to which I listen. And, I hear the same thing from all of them: Trump is not an establishment politician. His policies, lack of decorum and liberal past do not matter to them. They just want someone who is not an establishment politician. And, while your candidate would be the first woman to ever be president, she is viewed by many people to be the definition of establishment politicians. Seriously, if you can not see how any person who has been a major part of a presidential administration, a Senator, Secretary of State, sat on the board of Walmart, gave six-figure speeches to Wall Street and has the backing of nearly all of the party's Superdelegates is viewed as representing the establishment, I do not know what to tell you.

You also have to consider that Hillary Clinton is very unpopular with voters outside of her base. I'm sure many of you believe that Trump is far too unpopular and volatile to ever win the presidency and that the country is better than that. For sure, his Real Clear Politics average unfavorable rating is a whopping 65 percent. But, Clinton's Real Clear Politics average unfavorable rating is 55 percent - not far behind Trump in a who is more unpopular contest. Clinton is wildly unpopular with Bernie Sanders' voters. In Indiana CBS News found that only 55 of Democratic voters found Hillary Clinton trustworthy/honest while 84 percent found Sanders to be trustworthy/honest. To say the least, your candidate is very flawed and it is possible for Trump to expose her weaknesses.

Before the New York Primary Clinton suggested that Sanders tone down his campaign attacks or she wouldn't debate him again. Do any of you think that a tactic like that will work on Trump for even a second? Trump is going to drag your candidate all the way to hell and back. He will be relentless. He will be as negative as possible and he will bring up just about any issue, rumor, scandal or policy blunder involving either Hillary or Bill Clinton. I just have this feeling that the general election is going to be really nasty. And, it will be like throwing red meat to Trump's supporters and anyone else who dislikes your candidate.

It is a real shame that the Democratic primary has been so divisive. I fear many of Bernie Sanders' supporters will not vote for Hillary Clinton which puts her at a disadvantage. I also fear that Independent voters are going to lean towards Trump. And, I fear that a lot of people who are going to vote for Trump are not saying so publicly and haven't been accounted for in polls. Clinton is going to have to whip up a tremendous amount of enthusiasm from her base to win. So, please do not take the general election lightly. Her campaign will need every bit of the support she received in the primary and more to win the general. For the future of the country, let us hope the support will be there.