Duncan Jones has married longtime girlfriend, photographer Rodene Ronquillo, after she was diagnosed with breast cancer. The "Moon" director and son of David Bowie, 41, shared a harrowing story through a series of tweets Sunday, in which he revealed how he and his 32-year-old fiancée discovered a lump on her breast and rushed to marry shortly thereafter. Jones proposed to Ronquillo in June.

We've condensed the messages and present the story in full, below:

"So I just want to tell you a little story. It may take a few tweets, but I'm hoping you'll forgive me... November was a hell of a month! On November 4th, my beautiful fiancé @rodeneronquillo & I were, frisking about in bed, as you do. I am a boob man & found... A lump. It was a Sunday, so we had to wait to get an appointment to have the lump biopsied but by Wednesday, we had an answer. Cancer. Stage 2. We were a little overwhelmed by the news: cancer & Election Day, so decided to make it a set, ran down to the courthouse & got married! So cancer, election, marriage. All on one day! Two days later, Ro was in surgery. Surgery went really well. Did what we had to do, & were put on a fast track to getting ready for chemo. Starts this coming Tuesday. Lots has happened between nov 6 and now.

Ro will be putting up a blog about what we've gone through, but the point is this... I love my wife more than anyone. She's young as can be. Women are getting breast cancer younger & younger. Women? check yourselves! ..& men? Touch up your loved ones. You may save the life of the person you love."

Jones, whose original birth name is Zowie Bowie, is also the son of the music rock legend and American model Angie Jones. 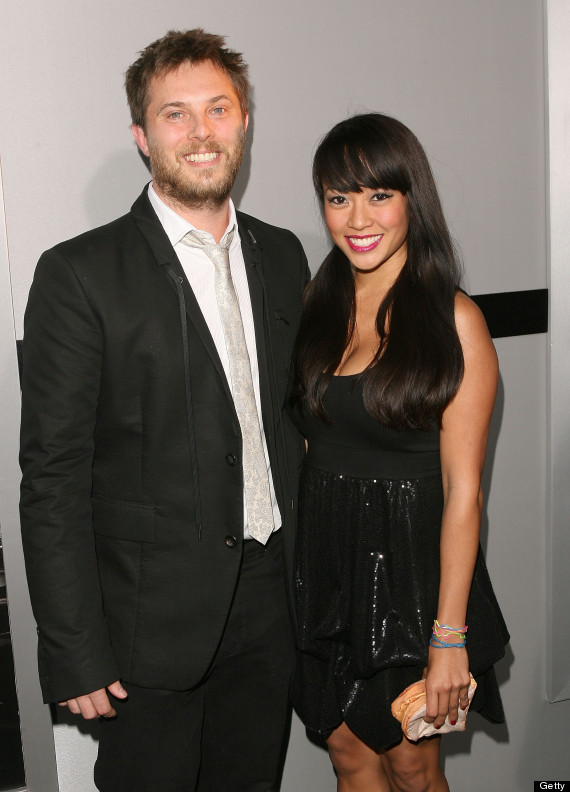