As part of the team's #WhatsYourGoal campaign, which encourages people to share personal goals and wishes on social media, Keith took 5-year-old Cammy Babiarz for the first skate of her life. Cammy was born with Rett syndrome, a neurological disorder, and is unable to walk or speak. Her wish was to meet Keith and score a goal on the ice.

Cammy's mother, Jackie, hoped to include her daughter in the campaign by submitting a photo of Cammy wearing a leg brace with the Blackhawk's logo. She read the team's roster to Cammy and asked her which player she would like to meet. To respond, Cammy looked at her parents for "yes," and looked away to reply "no." When Jackie said Keith's name, “She gave us a resounding smile, her eyes locked on us,” Cammy's father, Bill Babiarz, told Yahoo Sports' hockey blog, Puck Daddy.

The Blackhawks contacted the Babiarz family and invited Cammy to come to the team's practice facility. Cammy knew she was going to a hockey rink, but didn't know she was meeting Keith. When he walked into the locker room where she was waiting, the 5-year-old burst into a giant smile.

“She loves the Hawks, but we were a little worried she might not recognize him off the ice,” said Bill. “But she was star-struck.”

To communicate, Cammy uses a visual soundboard that she controls with her eyes. Upon meeting Keith, she told him that she lost five teeth, to which he jokingly replied, "Oh, I lost 10 teeth!"

Cammy wasn't the only one surprised. Her parents initially thought Keith would just push her wheelchair on the ice, but the Blackhawks encouraged them to bring the harness they use to walk with Cammy. This allowed her to attach to Keith while he moved, and wear her own skates that touched the ice. Together, they scored a goal. At the end of the visit, Cammy received a pair of jerseys, a signed hockey stick and a Blackhawks bag.

Last year, Bill ran 150 miles across the state of Illinois to raise awareness for his daughter's disorder.

"Research has been accelerated and we do hope, one day, Cammy will run with us," Jackie said according to the family's Facebook page.

While Cammy's goal-scoring visit with Keith was the big win of the day, Bill hopes it will continue to help his family raise awareness for Rett syndrome. 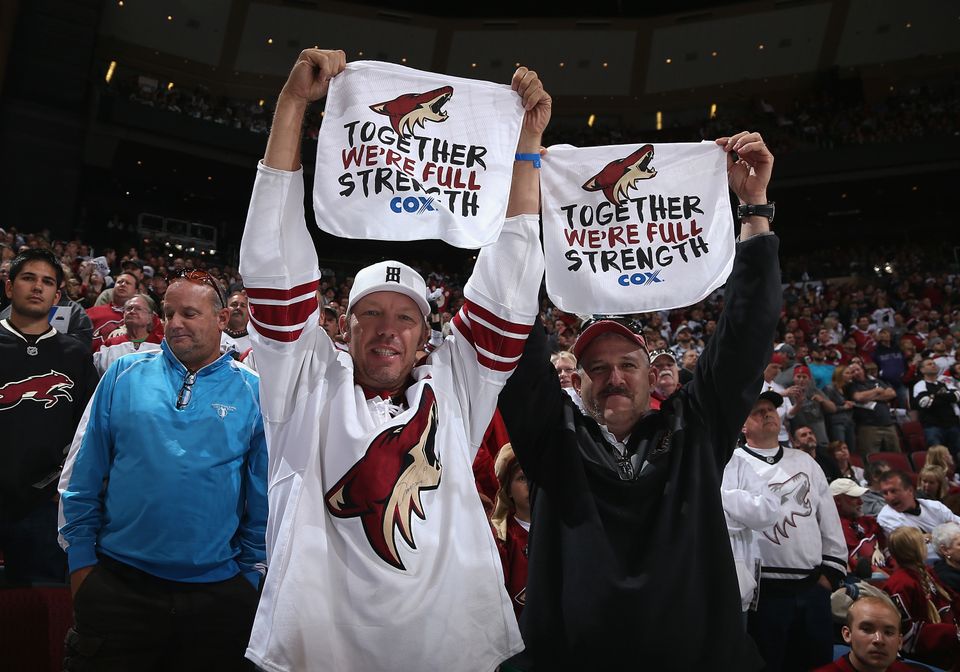