You may have heard, Dunkin' Donuts is offering a limited edition breakfast sandwich at a few locations in the outer Boston area. The big draw? The sandwich’s contents of a pepper fried egg and bacon -- both mainstays of the company’s breakfast menu -- are encased in a glazed yeast donut ring. As HuffPost’s Carey Polis pointed out, donut-sandwiches are nothing new -- Paula Deen created a popular donut burger recipe, and she wasn’t the first person to do so. And though the company says they have no plans to extend the sandwich to other locations, as The Atlantic points out, it is noteworthy to see how much conversation it is creating. 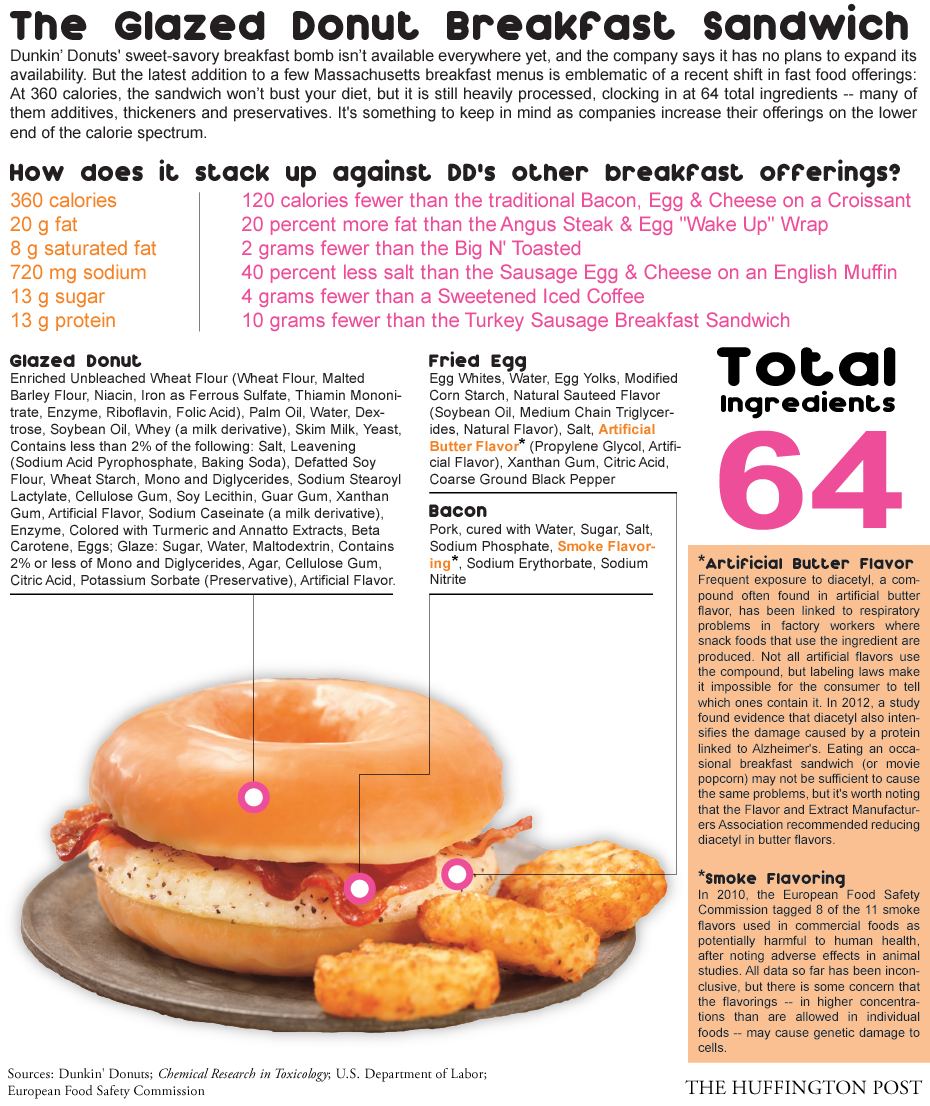