The United Nations climate negotiations re-opened today in South Africa, and the gloves are off. With the echo of the opening gavel still reverberating in the Durban International Convention Center, acrimonious political differences are already playing out in the media.

Rumors about rich countries colluding to avoid taking on new legally-binding commitments before 2020 took a new turn yesterday, when the BBC reported that India and Brazil had defected to the other side, joining countries like the US, Japan and Russia who have been holding out against a new binding agreement.

AOSIS, the Association of Small Island States, reacted furiously: "It is a betrayal not just of small island nations, many of whom would be destined for extinction, but a betrayal of all humanity. There are no plausible technical, economic or legal impediments for not taking the actions required by science -- we need to act now!" These are strong words coming from diplomats schooled in pulling their punches, and rightly so.

Canada, duly playing its part as a climate criminal, has thrown its own Tar Sands oil on the fire. Environment Minister Peter Kent recently told the House of Commons that "Canada goes to Durban with a number of countries sharing the same objective, and that is to put Kyoto behind us." Canadian media reported yesterday that Canada will formally announce its withdrawal from the Kyoto Protocol next month under cover of Christmas holiday darkness. Kent's other mission in Durban? To defend Alberta's tar sands as an "ethical and reliable energy source." In other words, we should buy our poison from a nice country like Canada (let's just ignore this Kyoto withdrawal business) instead of a nasty country like Saudi Arabia.

Not that I would defend Saudi Arabia, which doesn't even pretend to be ethical when it shamelessly promotes its own self-interestas this recent headline attests: "Saudis Seek to Ensure Climate Talks Won't Hurt OPEC Oil Income."

But we've come to expect it from these countries. The UK, on the other hand, has prided itself on being a leader in the climate negotiations. Just last week, Energy Secretary Chris Huhne passionately defended the need for a legally binding international agreement, standing up to advisers and other governments who prefer a weak outcome in Durban. But now it turns out that the British government has been giving secret support to Canada's campaign to stop the EU from classifying tar sands as a disproportionately major source of greenhouse gas emissions, which would deter European suppliers from buying the stuff. 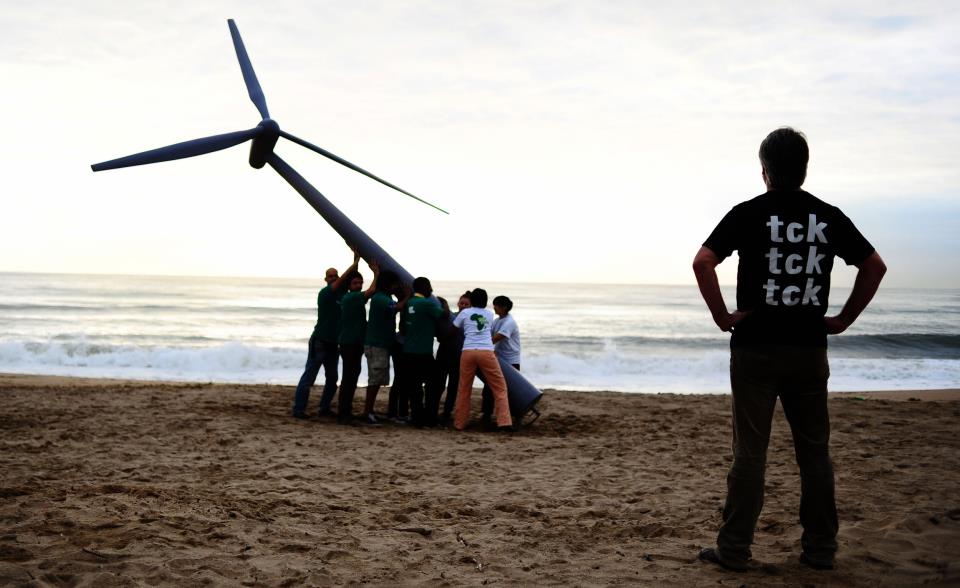 The window of opportunity to deal with climate change in a sensible way is closing quickly. We have already reached 1°C of warming and the impacts are already being felt in the form of drought, heat waves and extreme precipitation. Scientists tell us we should aim to limit the planet's warming to 1.5°-2° but we are currently on a pathway to a 3°-6° world. The difference between these numbers may sound small, but nothing could be further from the truth. Think of it like an earthquake. The difference between quakes of magnitude 5 and 8, in terms of damage and lost lives, tend to be enormous. We need to change course quickly.

What we need in Durban are heroes. Fortunately, they are there in abundance, for example:

Those are just a few on my list, how about yours?