When it comes to huge stimulus packages, President Barack Obama definitely has the edge on Mitt Romney. But a Chinese ad for Durex condoms also suggests another big difference between the president and his former challenger.

The Chinese text on the condom ad "The difference between Obama and Romney is…", which was posted to Chinese social network Weibo on Nov. 7. The Beijing Cream first reported on the ad's existence and The Huffington Post confirmed the text of the ad with its own translation.

Scroll Down To See The Photo

"From the information we have available, it appears that the fake ad was created in China by someone who has no association with our company," Riley wrote.

However, the ad appears on a page that features Durex branding.

While our agency partners are encouraged to be very relevant and where appropriate a little edgy, this crosses the line. We don't condone it and apologies if it has caused any offence - this was not the intent. We have spoken with our partner on this and about how to prevent any such future incidences.

The condom ad isn't the only one to have a little fun at Romney's expense. An ad for Roku, a video streaming site, taunted Romney after his 2012 election loss, stating "Cheer up Mitt! More time to watch TV." 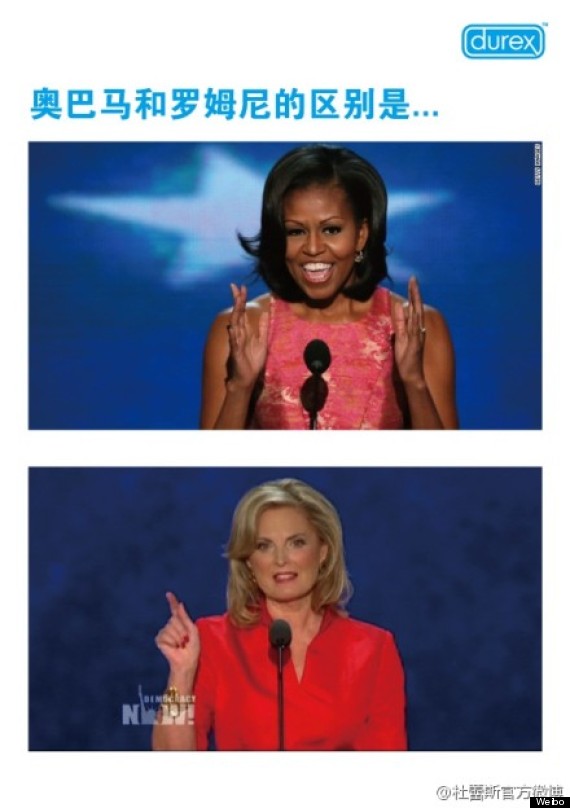