There were moments, last week, when I felt myself staring down that well-oiled barrel of Spot Mania despair. Larry and Damien getting richer, culture getting poorer. The art world often seems like a big game, where no one is quite sure of the rules, but no one wants to be the first to admit it. You begin to crave authenticity. And an environment where quality art can be embraced, not as an investment opportunity or a hyped media story, but as an act of creativity, an intellectual endeavour.

Then, I discovered artist Dustin Yellin and his very big, and brave, new project.

For years Dustin, 36, gazed longingly at the big red building -- a stone's throw from his studio -- on the corner of Pioneer and King streets in Red Hook, Brooklyn. And then, last June, he bought it. The former Time Moving and Storage building, a 24,000-square-foot Civil War-era warehouse, cost him $3.7 million.

Seven months ago it was a big black windowless space. It is already looking spectacular. 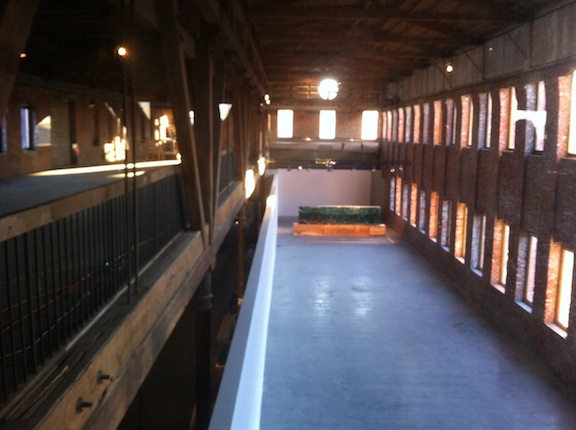 Dustin envisages a utopian art center. His plan is to have artist residency programs, shows, symposiums, a 'working' sculpture garden; ultimately a kind of 'hands on' art museum experience . The Museum of Working Artists, he is thinking of calling it. "I think going to a museum is interesting, but going to Jeff Koons' studio, or Damien Hirst's, Bacon's...anybody... to see an artist work is kind of amazing. And really interesting for people who [want to] look at art."

His dream doesn't end there. His project will evolve into a global arts community. He wants to create a place where people come to exchange ideas. That includes sculptors and painters, but it also includes scientists and musicians. It will be a place where people can converge.
"It's something I've always wanted to do, and it's something I've always been doing, in a very organic form... this just brings the organic artist space, or atelier, to an institutional level."

He strongly believes that if you have amazing people around you, then amazing things will happen. Fortunately he has a magnetism that draws an abundance of brilliant and dynamic people to him. They are already approaching him from all directions, from the university level, to student artists.

It remains to be seen whether Mr. Yellin can pull it off. 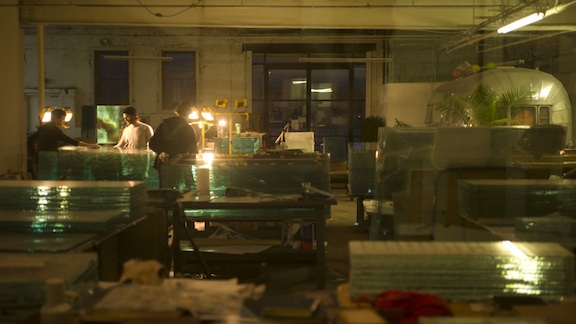 Represented by Vito Schnabel (a close friend), Dustin is a mid-career artist who is steadily gaining success and recognition, but he is no Damien Hirst. Exactly how he was able to buy this property (or employ a number of assistants in his 'laboratory of assemblage') is not clear. But, to those that know Dustin, the Pioneer-King project is the natural culmination of the work, passion and craziness (he peed out of the window whilst I interviewed him; he loves watching cranes; here is him fooling around in The Crack-Up) that maketh Mr Dustin Yellin.

He moved to New York from his hometown of Aspen, in 1996, and persevered for a decade in his Manhattan loft before the Robert Miller gallery took him on. Meanwhile his passion and determination were steadfast. "I could never even entertain the notion that it's an option. To not be an artist. That you can give up. It doesn't matter how hard it gets." He didn't bother with art school. "New York is an incredible place to be an artist, because there are so many incredible people, and... it's all about the people that you get exposed to." 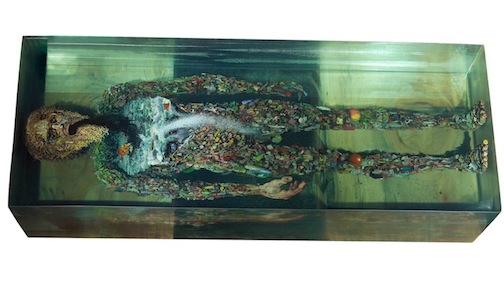 His work is ambitious, pain-staking and brilliant in equal measures. He makes striking glass sculptures where primordial life-sized figures, intricate dream-scapes and surreal mythological narratives, appear three-dimensional and 'frozen' inside in the glass, as if preserved in a moment beyond time. The process is slow, intense, laborious. Plus the expense and weight of these huge stacks of glass sheets must be exorbitant. Nevertheless, his ideas just get bigger and bigger.

His 8 x 4 foot figure sculptures, such as Osiris on the Table, are mere 'studies' for his Ode to the Terracotta Warriors project, which will be a labyrinth of 'walls' that the viewer will be able to walk through. 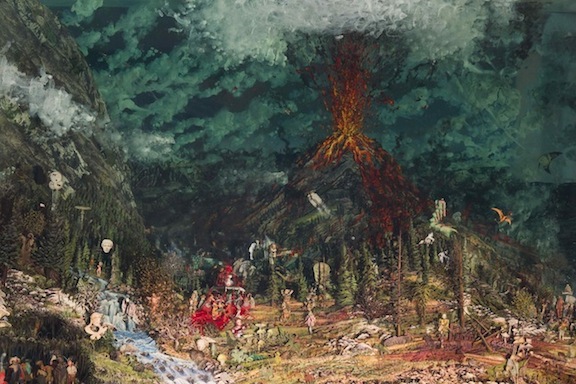 And in climactic unison with the launch of his big Red Hook project, he has just completed his most colossal work to date: a 12-ton triptych that has been his main focus for a full year.

Furthermore, with the first issue of his magazine Intercourse out this month, plus the upcoming release of his documentary Little Grandfather about a remote Amazonian tribe, Dustin has plenty to be excited about.

All photos by Gabriel Florenz 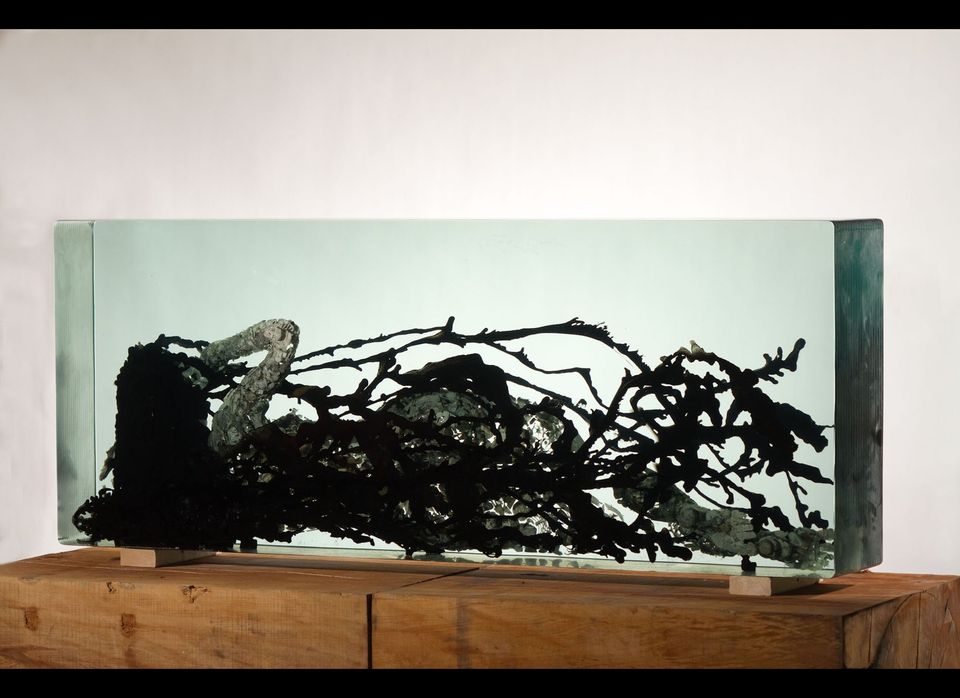