Today, the Romanian director Tudor Giurgiu announced plans to adapt the story of last year's insane multimillion dollar art theft in the Netherlands for the big screen. In anticipation, we've reprinted our 2012 map of movies the Dutch robbers seem to have studied up on before looting the Kunsthal, from "Ocean's Eleven" to "Home Alone." Let us know which heist movie you think we're due.

Given its scale and brazenness, this week's major art theft in the Netherlands clearly resembles a movie. But which one? So many genres were crossed -- the robbers come off as bold but also bumbling, and museum personnel don't fare much better, given how easy it seems to have been to stymie the building's security system.

Luckily, this is a mystery we don't need Politei to solve. Here are the facts: In the early hours of Tuesday morning, one or more persons strategically looted Rotterdam's Kunsthal Museum of seven of its priciest works, on display in the "Avant Gardes" exhibit. Among those stolen were paintings by Picasso, Matisse, Gaugin, Freud, two by Monet, and, confusingly, a self-portrait by a far more "minor" figure, the Dutch painter Meyer de Haan.

In movie thief terms, the decision-making lands us somewhere on a spectrum bound by the "Ocean's Eleven" crew and Daniel Stern and Joe Pesci in "Home Alone" -- ballsy, but prone to goof-ups. Jonathan Jones at The Guardian asserts that the goof in question -- stealing the de Haan -- clinches this as no "Thomas Crown Affair," writing Tuesday that the inclusion of the self-portrait undermines "any idea that a tasteful collector commissioned this theft."

In a statement to the press, Kunsthale director Emily Ansenk said the police arrived five minutes after the alarm sounded (a museum representative refused to comment beyond the statement to the Huffington Post, until the investigation is closed).

This kind of harried, late arrival by the law brings us into "How To Steal A Million" territory (though we're actually talking a hundred million), with the "Pink Panther" franchise thrown in. Clearly our thieves have fantastic bone structure and are in love with each other. Also, the museum's security system -- which Ansenk defended in a news conference as "state of the art" -- involves no human guards, meaning the culprits bamboozled technology. Who else is imagining a shimmy under some laser beams right now?

As for what our sinister, only slightly clumsy thieves are doing this moment, it's unlikely they're selling their spoils, which Interpol has red-flagged by way of its stolen art registry. Predictions for their next move include: holding the works for ransom (an art-themed "Taken"?), or delivering it to a collector (with poor taste...that de Haan!). [Ed. note: we now know the paintings probably suffered a sootier, sadder fate.]

We'd like to suggest a third option: toasting architectural superstar Rem Koolhaas, who designed the Kunsthal, apparently in a way thieves would appreciate. "As a gallery it is a gem," museum security expert Ton Cremers told the Dutch newspaper De Volkskrant. "But it is an awful building to have to protect. If you hold your face up to the window at the back you have a good view of the paintings, which makes it all too easy for thieves to plot taking them from the walls."

A desperate face pressed against glass, peering in at the goods? There is suddenly something very "Les Miserables" in the air, non?

In an interview with CBS on Wednesday, Chris Marinello, director of the Art Loss Register, an organization that tracks hot art works, put in his two cents: "The police will be looking at friends and relatives of various museum personnel, looking into their backgrounds to see if they can find some kind of a connection. It just went too smoothly, this theft."

An inside job, eh. Here's hoping those Kunsthal employees love their treasure as much as Christopher Walken loved his in "The Maiden Heist," a movie we just found out about through Google. 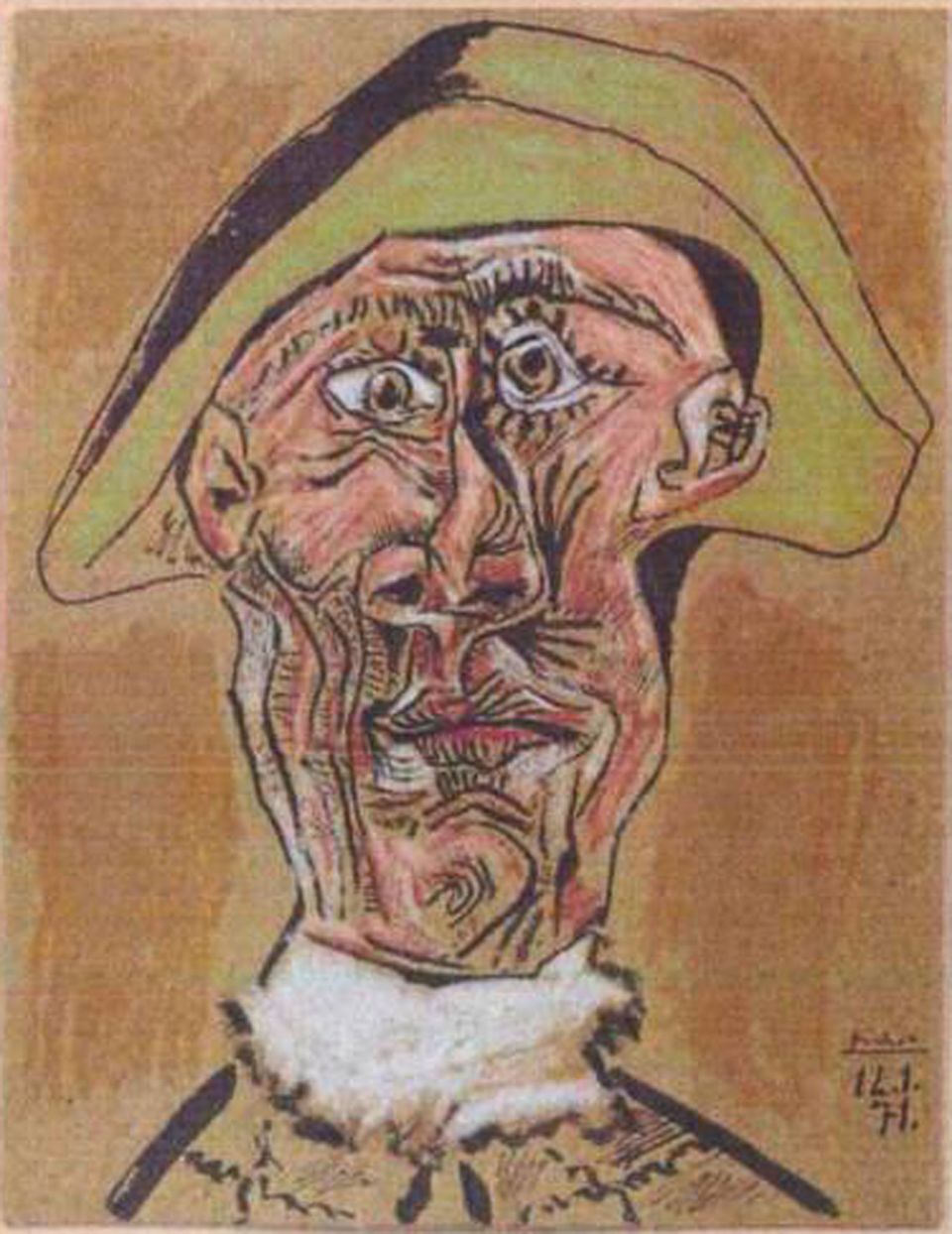 1 / 7
Dutch Art Theft
This photo released by the police in Rotterdam, Netherlands, on Tuesday, Oct. 16, 2012, shows the 1971 painting 'Harlequin Head' by Pablo Picasso. Dutch police say seven paintings stolen from the Kunsthal museum in Rotterdam include one by Pablo Picasso, one by Henri Matisse, and two by Claude Monet. The heist, one of the largest in years in the Netherlands, occurred while the private Triton Foundation collection was being exhibited publicly as a group for the first time. (Police Rotterdam / AP)
Police Rotterdam / AP