Kellie Pickler has been crowned the "DWTS" winner.

"This is amazing," Kellie said, before Jacoby put the "DWTS" winner on his shoulders as she held the Mirror Ball trophy with her partner Derek Hough.

Shortly after the results were announced, Kellie, who initially didn't hear co-host Tom Bergeron name her the "DWTS" winner, spoke with ABC News. "This has been an unbelievable night. I'm kind of lost for words," the "American Idol" alumna said.

"I'm very proud," a very poised Zendaya, who was the runner-up, told "DWTS" co-host Brooke Burke Charvet. "I get to leave here with an amazing experience so I'm happy."

After he found out he wasn't the "DWTS" winner shortly before the show ended, Jacoby joked that he'll be "gracefully" catching the football on the field now, thanks to months of training with his partner Karina Smirnoff.

About 20 minutes into the "DWTS" finale, Aly was the first finalist to be eliminated. "This has been the best experience of my life," she said upon learning she was not the "DWTS" winner. Aly's partner Mark Ballas called the gold medal-winning gymnast "the best student [he's] ever had." Despite her fourth place position, Aly did join the female pros, Zendaya and Kellie for a reprise of their routine set to Beyonce's "Run the World (Girls)."

To determine who would be named the Season 16 "DWTS" winner, the remaining three finalists -- Jacoby, Kellie and Zendaya -- had to perform a routine they learned less than an hour prior to hitting the dance floor (a.k.a. an "instant dance").

Jacoby and Karina danced the salsa, earning praise and three perfect 10s from the judges. "You're like the Big Easy," head judge Len Goodman told him. "You always deliver ... For me, you're a breath of fresh air." Judge Carrie Ann Inaba added that Jacoby's samba was "the dance of a champion."

Kellie and Derek performed an energetic jive that also had the judges raving. "What a perfect ending to a wonderful journey," Carrie Ann said. "You're the bee's knees," Len added, before all three judges awarded Kellie and Derek with 10s as well.

Last up for the instant dance was Zendaya and her partner Val Chmerkovskiy with the jive, the final dance of Season 16. "You dance with such maturity. It's incredible," Len told her. Judge Bruno Tonioli called Zendaya "pitch perfect" and "unique" and unsurprisingly, she also received 30 points for her instant dance.

The audience's pick for the encore dance went to Kellie and Derek, who wowed the judges on Monday night's finale with their contemporary routine, even moving Carrie Ann to tears.

But before the "DWTS" winner was crowned, contestants from Season 16 returned to hit the "DWTS" dance floor and stage yet again. Many of the season's cast members participated in the opening number, set to one of many Pitbull songs of the evening. Later, Lisa Vanderpump danced alongside her partner Gleb Savchenko and Len Goodman, Andy Dick revived his Alice In Wonderland-inspired jazz number with his pro partner Sharna Burgess, and Season 16 contestant Wynonna Judd sang Foreigner's "I Want to Know What Love Is" while pros Peta Murgatroyd (Sean Lowe's partner) and Tony Dovolani (Wynonna's partner) danced. "That's what I do," the songstress said at the end of her performance.

Dorothy Hamill, who bowed out of the competition after an injury made it too dangerous for her to perform, also returned, ready to pick up where she left off. Unfortunately, her partner Tristan MacManus was injured and unable to perform in the finale so pro Henry Biyalikov stepped in to partner Dorothy. Mid-performance, the audience was pleasantly surprised to see "DWTS" Season 6 winner and fellow Olympic champion ice skater Kristi Yamaguchi join her for a side-by-side routine. "It's such an honor to join my idol out here on the dance floor of all things," the former "DWTS" winner said.

The "DWTS" finale also saw Psy stop by to perform his new hit "Gentleman" and Pitbull also took the stage to sing "Sube Las Manos Pa' Arriba." Shortly before the "DWTS" winner was announced, "American Idol" alum Jessica Sanchez performed her own take on Pitbull and Christina Aguilera's hit "Feel This Moment," while highlights from the season played behind her.

Do you think Kellie Pickler should have been the "DWTS" winner? Who did you vote for? Sound off in the comments. 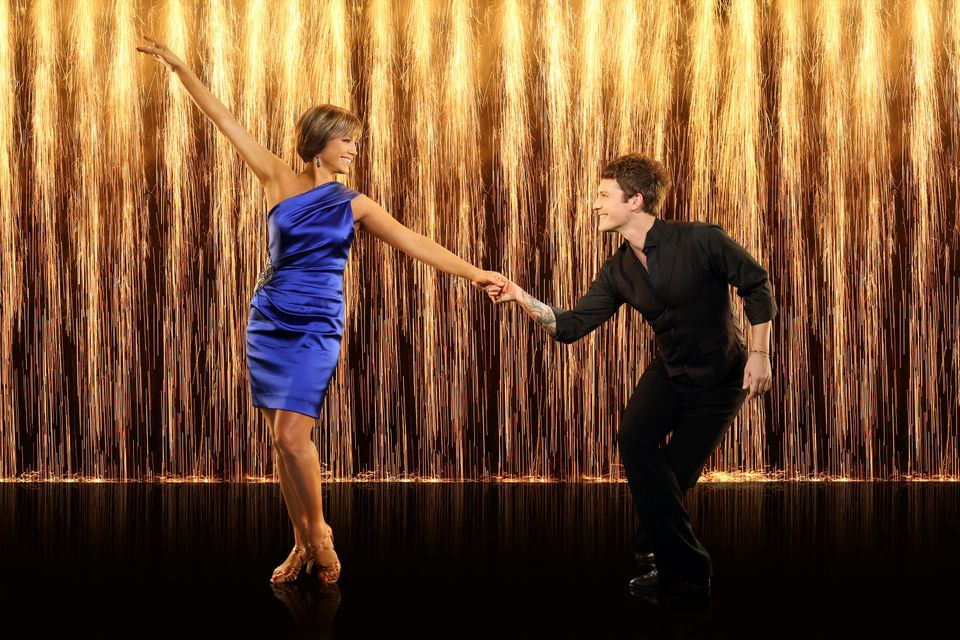