Dwyane Wade reportedly fathered a child while he was on a "break" from his fiancée, actress Gabrielle Union, a source close to the couple told Entertainment Tonight Online.

The Miami Heat player has yet to address the report that he is the father of a newborn baby boy. The baby's mother has not been identified, but she is said to have known Wade "for many years."

The report comes on the heels of Wade and Union's engagement, which the 31-year-old athlete announced on social media on Dec. 21. According to ET, Union, 41, is well aware of Wade's youngest child.

Wade and Union first began dating in 2009. In September, Wade appeared on "The Tonight Show" and revealed that the two had temporarily split earlier this year due to their work schedules, before ultimately deciding to rekindle their relationship.

"Celebrity relationships [are] very hard," Wade said during the interview with Jay Leno. "This was a big year for us and our relationship from the standpoint of she was shooting her show 'Being Mary Jane,' going most of the year. I was dealing with my injuries, trying to win a championship, so we kinda took a step back."

If the report is true, the baby boy is Wade's third child. The basketball player has two sons, Zion and Zaire, with ex-wife Siohvaughn Funches. He is also raising his nephew Dahveon Morris.

A representative for Wade did not immediately respond to a request for comment.

UPDATE: -- Wade acknowledged later Monday that he fathered a son with another woman. The baby was born a month ago.

"I had a time, a part in our break, in our pain and our hurt, a blessing came out of it in my life, having a son that was born healthy," Wade said before the Heat's game against the Denver Nuggets. "[T]his is something that my family knows and my now fiancee worked through when we got back together, and understood that we wanted to continue our lives together and continue supporting our family and we're going to do that." 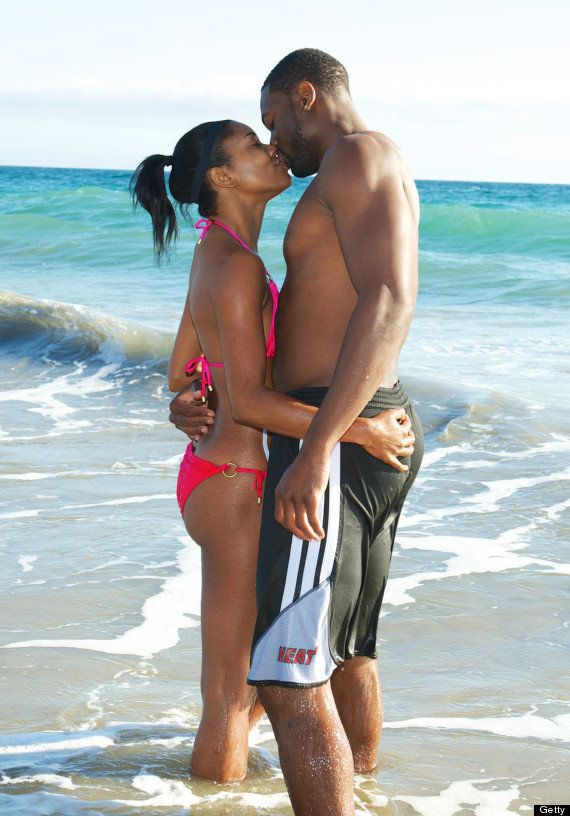