The battle of exes continues between Miami Heat star Dwyane Wade and his ex-wife, Siohvaughn Funches.

D-Wade was awarded full custody of sons Zaire and Zion in 2011, but Funches is allowed two full weeks per month during the summer, among other regular visits, according to Gossip Extra.

Last week, Wade was supposed to take the boys to see their mother as planned, but filed an emergency motion to withhold after Funches sat outside Chicago's Daley Center with a sign that read, “NBA Miami Heat star, mother of his children on the streets.” Wade's attorneys asked the judge to suspend visitation until Funches underwent a psychological evaluation.

It was just over a year since he last filed a motion to suspend her visits following an incident in which she was arrested on child abduction charges for not returning the children to his custody.

But at a hearing Tuesday, Funches' lawyer argued there wasn't sufficient basis supporting suspension of visitation. Judge Marin apparently agreed, ordering the children to be turned over immediately.

Funches' bizarre public outcry in Chicago prompted Wade’s attorney Jim Pritikin to issue a statement July 22 saying Wade has enabled Funches to "live a wonderful lifestyle for the rest of her life," including an income of more than $25,000 per month.

Earlier this month, the former high school sweethearts agreed to a divorce settlement awarding Funches with $5 million, full ownership of their Chicago mansion, four cars, and a “non-disparage” agreement that prevents both parties from publicly degrading one another. 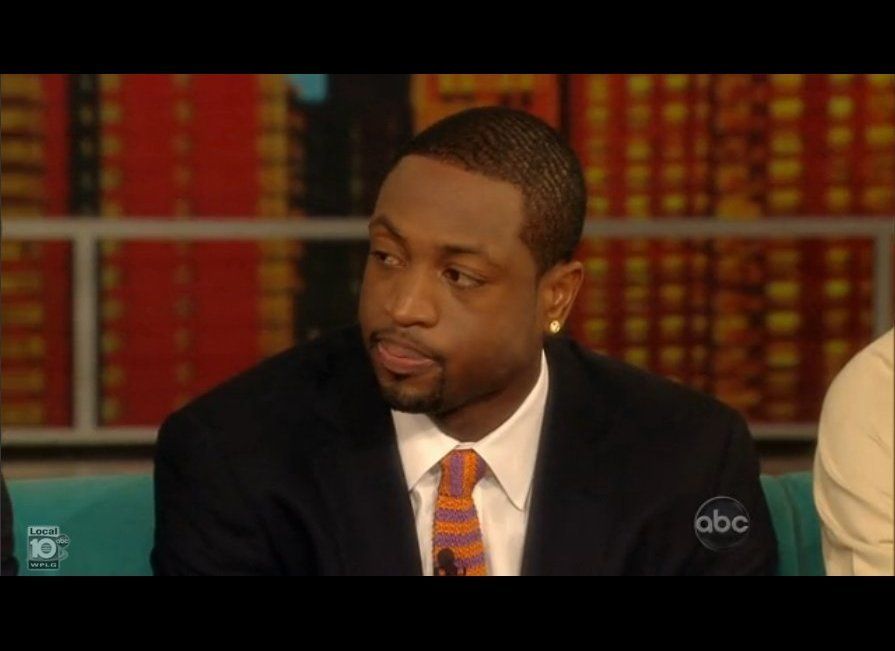 1 / 52
June 2012
The champion downplayed the typical suit-and-tie look by throwing on a knitted periwinkle and orange tie when he went on "The View" with his teammates. Also, jeans and... purple suede shoes!?
The View