Part of our culture's fascination -- hero worship, really -- with athletes revolves around their bodies. Whether we're looking at NBA MVP Stephen Curry's diminutive size or Real Madrid's Cristiano Ronaldo and his "cobra back," athletes take the eye test first, and are judged by everything else thereafter.

Miami Heat guard and three-time NBA Champion Dwyane Wade, 34, is one of the athletes fans gawk over. He's an all-time great basketball player. He's ripped, yoked, jacked. Whatever you want to call it, Wade's in outstanding shape. But in sharing his new cover on ESPN The Magazine's latest "Body Issue" on Twitter, he peeled back a layer of his protective athletic machismo.

Indeed, Wade stepped out of his comfort zone. He not only bared all during his photo shoot, but in his interview for the magazine, too. Wade openly expressed how uncomfortable he used to be in his body. As a kid, he felt ashamed that his belly button was an outie, because he knew most kids didn't have one, ﻿and he didn't want to risk being picked out for it. To cope with his belly button fear and the embarrassment he felt from having "rough feet" because of basketball, Wade actually got a doctor's note excusing him from swimming class, so he didn't have to show his body.

I had a fear of being naked in front of others and a fear of being judged. So to me, overcoming that is the biggest thing. Someone may look at me and think, "Why would you have insecurity?" Well, this is real life and I'm human, and these are the things that I deal with that many others might deal with.

Even as a model physical athlete, Wade's insecurities continued into his professional NBA career. Fame, money and a marriage to actress Gabrielle Union didn't change how Wade mentally felt about his body. In fact, Wade says he turned down the "Body Issue" in seven previous years, explaining his trepidations about the shoot. He simply wasn't at ease in his own skin:

I was just never comfortable until about four years ago, when I started feeling comfortable with my body overall. As you go through life, you get more comfortable with yourself. It's like everything else with life -- you change, you grow. People might think it's simple, but for me it was hard to even feel comfortable walking around naked when it's just me and my wife.

Evidently, Wade feels differently now. It took three decades for Wade life to come to terms with his body, even if it is an aspirational archetype of the muscular male image. For an active athlete, personal body shaming is a sword that cuts both ways.

But Wade's secure with himself now, and has a body-positive mission moving forward, according to ESPN The Magazine: "I'm representing for all the kids out there who have the outies."

PHOTO GALLERY
The "Ideal" Male Body Type Around The World 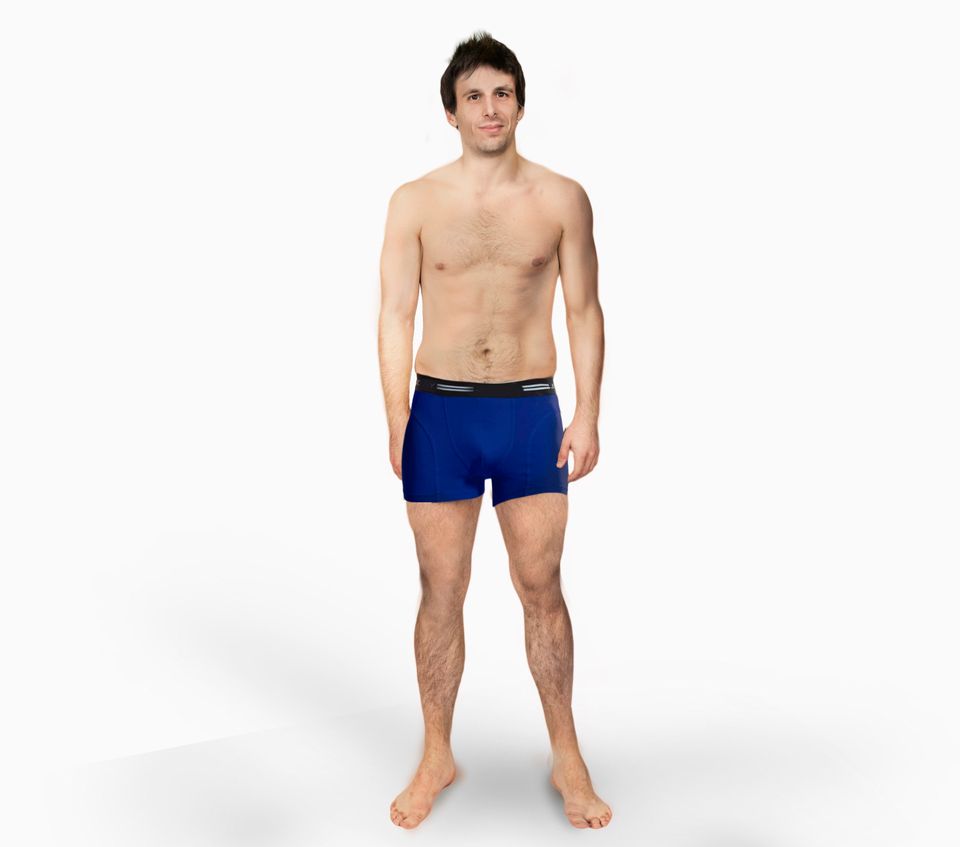