It was April of last year and I was graduating from NYU in a month. There I was looking for a job, thinking about student loans, my electric bill and why I didn't go to more of those lame dorm parties. I was freaking out to put it mildly. So I reacted in the most grown-up way...I dyed my hair fuschia.

Let's just say I was never a teenage rebel. In high school, my idea of sticking it to the man was staying up late to watch "racy" Sundance Channel documentaries and spending my Friday nights at chess club games. In college nothing really changed. Risk-taking, in my opinion, was bidding on vintage sweaters on eBay. So when I got the idea to become a pinkhead (from my obsession with Grimes and Charlotte Free) I never thought I would actually go through with it. But when my two best friends went aqua and navy ombre (and looked amazing), I knew I had to do it just in case they went off to start a punk band without me.

I'm usually a D.I.Y. kind of gal but since I was convinced that if I got a drop of bleach in my eye I would go blind (or I would have to pull a Sinead and shave all my hair off if I messed up), I decided it would probably be best to let a professional do the job.

I went to a hair salon in the West Village called Seagull, one of the few places in NYC that doesn't give you the side-eye when you say you want to go for a crayola color. It's co-owned by a Le Tigre band member, covered in Virgin Marys and pictures of Gloria Steinem and staffed by cute boys with pastel hair like a package of macaroons. Basically, it's what I think heaven looks like. I'd like to say that I had a total rock 'n' roll experience: Walked in, chatted about Kathleen Hanna the whole time and left looking like Frenchie singing "Beauty School Dropout," but that wasn't the case.

For about a year and half before I had been dyeing my naturally brown hair red at random salons I found along my subway route to the Bronx. Although they were cheap, I was always unhappy with the color, and the quality of my hair was pretty awful. One time while brushing my hair when it was wet (don't strike me down, hair gods), a big section of my hair just snapped in half. Yes, snapped in half.

I was still recovering from that trauma went I went to Seagull. My stylist, Carly, noticed the issue when she was washing the bleach out of my hair. She informed me that a lot of my hair was falling out. And we're not talking about strands, this was large clumps of soppy hair in the sink. She was worried. I was worried. And once again I had a very grown-up response...I started crying.

Here I was in this hip salon with my best friend, her mom, teenage brother and all these hip hairdressers and hip costumers crying my eyes out. I'm really not good at this cool thing.

Carly got me tissues and started mixing the Manic Panic colors. She finished the job, and there I was an hour later with pink hair. I was still crying though. I didn't even go through with the blow dry. Partly because I was afraid of the heat damage, and because I had just had the kind of awkward moment where all you want to do is run away. Carly and everyone else said the color looked awesome, but at that point I knew they'd say anything to avoid another one of my cringe-worthy breakdowns.

I left the salon feeling unsure about it and basically avoided leaving the house that first week afterwards. My mom's opinions when she saw it sure didn't help. She gave me the whole: "You're such a pretty girl, why did you do that?" spiel that often surfaces whenever I wear or do something weird around my family.

It actually took me about a month to fall head over heels with my new rosy locks. And once I did it became a totally monogamous relationship and I haven't gone for another color since.

Me as a redhead: 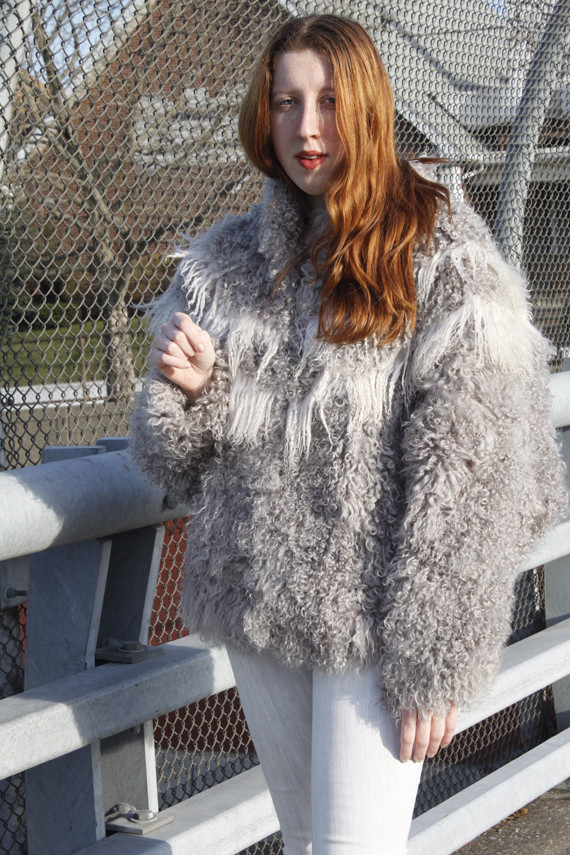 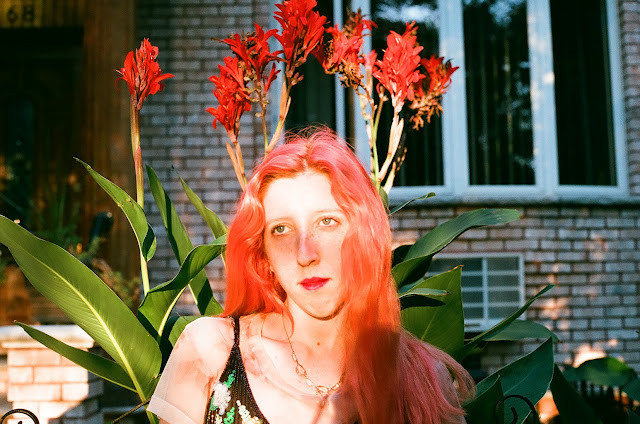 So how has it been living with pink hair for half a year? Going into it I didn't think about the impact changing my hair color would have on my daily life. Even though I live in New York City where the weirdest of the weird supposedly reign, my hair still gets a lot of attention. Five-year-old girls will point at me and asks their moms if I'm a Disney princess, while groups of teenagers shout "Lady Gaga!" at me and ask for my photograph (I swear) on a daily basis. Girls my age often approach me on the subway and ask how I achieved the color (I use Manic Panic "Pretty Flamingo" or "Vampire Red," FYI).

Although the attention can at times be annoying I do find that my hair has the ability to make people smile and facilitates communication in a city that can be pretty unfriendly. I feel like at its best, that's the main strength of clothes and personal style: To communicate with people, sometimes even without requiring you to talk at all. As a result I've become less guarded and I'm open to talking to people I don't know. And since Manic Panic dyes are vegetable-based they condition instead of damage your hair, so my pink mane is looking healthy again! Seriously it can compete with any of your childhood My Little Ponies.

Oh, and just in case you were wondering, my mom still hates my hair.