Classes began districtwide at Chicago's public schools on Tuesday, and the scene at most of the city's hundreds of schools was one of excitement as groups of students crowded into the campus doors.

This was not the case, however, at Dyett High School in Chicago's Bronzeville neighborhood on the South Side. There, only 12 students -- all seniors -- showed up for classes at the school, which is slated to complete its four-year "phaseout" process and close by the end of the 2014-2015 academic year.

Chicago Public Schools voted in 2012 to eventually close Dyett due to low academic performance. The school stopped accepting freshman students but allowed current students to continue there if they wished to do so. At the end of the 2014 term, 25 Dyett juniors transferred to other schools, leaving behind only the dozen who will graduate in 2015, according to NBC Chicago. Others may still transfer before the year's end.

In the meantime, Dyett's staff of three teachers and one principal continue to offer classes to the remaining students. Certain courses -- such as art, gym and music -- are taught online.

CBS Chicago reports the school's budget for the year is $1.085 million.

Critics of the Board of Education's decision to phase out Dyett accused the district of pressuring the school's remaining students to abandon the school, DNAinfo Chicago previously reported.

Community members have fought to keep the school open, arguing that their proposal to turn Dyett into a "school of green technology and leadership" was not given a fair shot.

"The students of Dyett deserve better than this," Dyett student Parrish Brown told The Huffington Post earlier this year. "We're fighting to keep the school open."

On Tuesday, Chicago Teachers Union President Karen Lewis, who may mount a challenge against the city's incumbent Mayor Rahm Emanuel, was on hand outside Dyett to greet the remaining students. Lewis told ABC Chicago the school "has been, unfortunately, sabotaged." 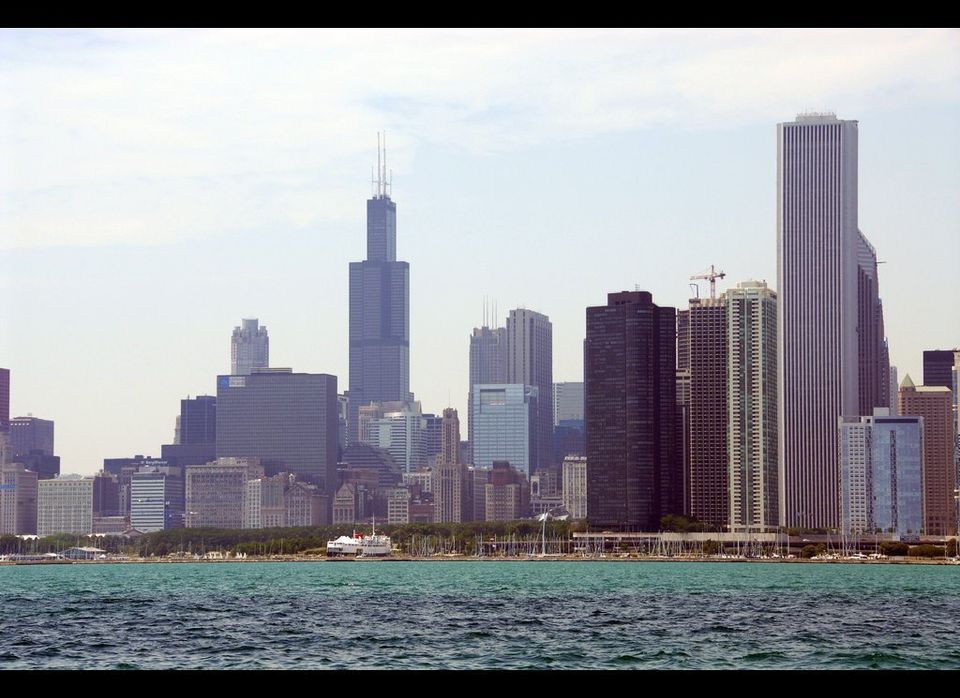