Dylann Storm Roof, the 21-year-old man suspected of killing nine people at a black church in Charleston, South Carolina, on Wednesday, wore a jacket with the flags of apartheid South Africa and Rhodesia in his Facebook profile photo. But what was Rhodesia, anyway? And what does the choice to wear its flag tell us about Roof?

Rhodesia was an apartheid state in East Africa that was majority black but ruled by white, mostly British-descended people from 1965 until 1979. It grew out of the former British colony of South Rhodesia, which had some degree of self-rule (under the British colonial umbrella) from 1923 until 1965, when the colony's overwhelmingly white government, fearing having to share power with blacks, declared independence to preserve white supremacy.

"The mantle of the pioneers has fallen on our shoulders to sustain civilisation in a primitive country," Ian Smith, the country's white leader, declared at the time.

"The Rhodesian flag is important in terms of symbolism, for Rhodesia subscribed to white supremacy," Blessing-Miles Tendi, a lecturer in African history and politics at Oxford, explained in an email. "A minority, racist, colonial white settler state subjugated a majority black population in the then Rhodesia for approximately a century." 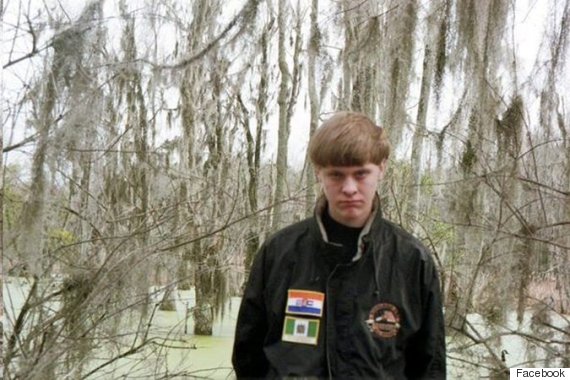 During its short time as an independent, white-ruled country, Rhodesia was an international pariah state. Other countries didn't recognize it as independent. The United Nations imposed sanctions. And black activists continued a guerrilla war against the government that had begun in the early 1960s and escalated in the early 1970s. The war only ended at the end of that decade, when Smith finally agreed to share power. In 1980, the Zimbabwe African National Union–Patriotic Front, led by Robert Mugabe, won an election and changed the name of the country to Zimbabwe.

A few people still deny the racist, apartheid nature of the Rhodesian regime. But as early as 1975, the data were so clear that the United Nations Educational, Scientific and Cultural Organization Press published a report on the subject. The report, by Reginald Austin, who would go on to lead the Zimbabwean Human Rights Commission, describes how Rhodesia worked:

1. White land control through unequal tenure and allocation of land. 2. White executive and administrative (as opposed to representative) government of the African majority, combined with government responsibility to an exclusively white electorate. 3. White control over the potential economic power of labour. This was ensured by white monopoly of skills by restricting training and education to whites, combined with control and over bargaining power through trade union legislation which discriminated against the organization of black workers. 4. White retention of political power (referred to as 'responsible' by white Rhodesian politicians) to ensure the continuity of (1) to (3).

The Economist published a striking obituary for Smith when he died, in 2007, at age 88. Here's an excerpt:

His entire political career was to be devoted to resisting black majority rule. Though he fought his rearguard action with ruthlessness and skill, and though it delayed the transformation of white-dominated Rhodesia into black-ruled Zimbabwe by 15 or more years, it was from the outset doomed to futility. The price paid included an embittered nation and the lives of some 30,000 people, nearly all of them black Zimbabweans.

Mr Smith's rebellion really had no similarities to the American revolt 200 years earlier. As rebels go, he had rather more in common with the Dixie variety. But in truth there was no romance about Mr Smith's Rhodesia—no heroes, no derring-do, no nobility of purpose. It wasn't so much ordinary, just rather squalid.

Roof, who was captured on Thursday, seems to have romanticized such squalor. “He was big into segregation and other stuff,” his roommate, Dalton Tyler, told ABC News. “He said he wanted to start a civil war. He said he was going to do something like that and then kill himself.”