This incredible haka dance might've left the bride in tears, but it's so powerful, we're certain you'll feel emotional too.

A viral video shared on Vimeo shows a haka dance, a traditional war dance from the New Zealand indigenous people, the Māori, being performed at Benjamin and Aaliyah Armstrong's wedding last weekend. The performance, which was done as a surprise by the groomsmen as well as guests, made Aaliyah emotional and eventually moved the entire room.

Watch as the group chants and moves together with so much unity, it'll send chills down your spine. The dance, which was organized by the best man and led by Benjamin's older brother, starts off with the group of men, but more and more people start joining in -- even the bridesmaids and bride.

"I wasn't planning on jumping in until one bridesmaid did," Aaliyah told BBC News. "I felt the need to show love and respect back. I was really blown away."

Though the haka is a war dance, it was also traditionally performed when groups came together in peace as well. Today, the dance is still done at Māori ceremonies and celebrations as a way to honor special occasions. It's also occasionally performed at sporting events to challenge opponents.

According to BBC News, this particular haka was done as a sign of respect from Benjamin's family members and best man. 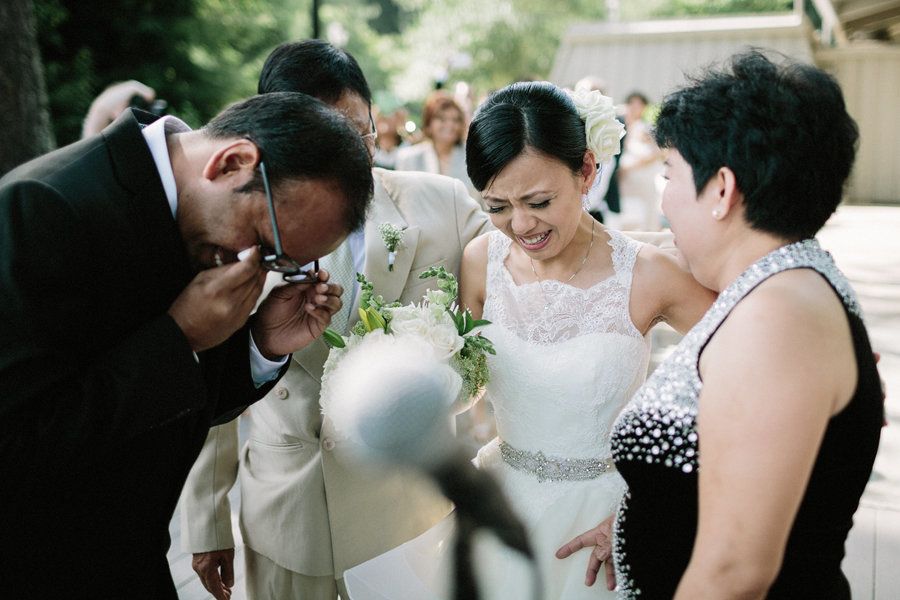 1 / 19
"For Jade and Zaheer, the most emotional moment was before the vows, before the rings, and before the announcement of 'husband and wife.' It was the moment when Jade was walking down the aisle with her parents on either side of her, and everyone realized that at long last, this thing was really happening." - <i>photographer Jonas Seaman</i>
<a href="http://jonas-seaman.com/">Jonas Seaman Photography </a>