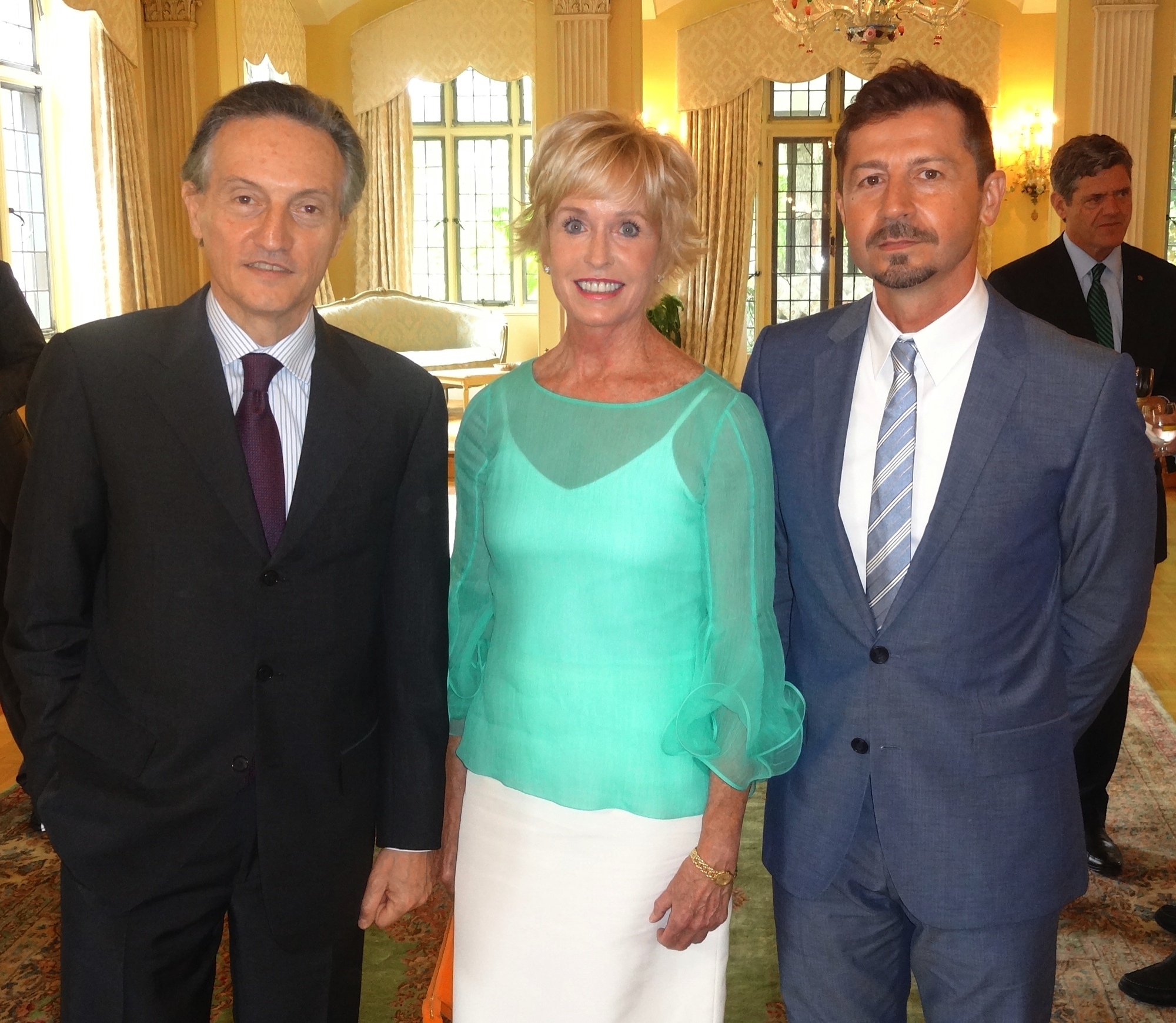 This year marks a year-long celebration of Italian culture in the U.S., the "Anno Della Cultura Italiana."

Dr. Jacopo Annese, Founder and CEO of the Institute for Brain and Society and Director of The Brain Observatory at the University of California San Diego, is a paragon of the new, dynamic Italy! The Institute for Education welcomed Dr. Annese as its honored speaker at the June 11 Emerging Markets Roundtable luncheon. Professor Annese regaled an intimate group of guests at Villa Firenze, the residence of H.E. Claudio Bisogniero, the Ambassador of Italy to the United States.

H.E. Claudio Bisogniero, Italian ambassador to the U.S., proposed a toast to the longstanding and ever-strong collaboration between Italy and the US, and noted that Professor Annese was a living symbol of that collaboration and also a poster child for what he called "modern Italy" - the scientists, engineers, technologists, economists, the Italian thinkers of the 21st century.

He then gave the floor to Professor Annese, who began with the quote: "I am my mind, I am my brain" and by remarking that his most important mission was to preserve mental life in the growing number of elderly citizens. He noted that one third of Americans die with some form of dementia, and that the socio-economic impact of this little-understood phenomenon is immense.

Part of the solution, Professor Annese said, was to fully understand what happens in the brain of a patient with dementia, which means you have to look at real brains, in the flesh. Understanding the exact nature of the problem can lead to preventive measures or even a cure. Professor Annese talked about his lab's "three weapons" in the battle against cognitive decline. First, engineering and informatics: mapping the human brain on a cellular level is no small feat. Annese's Digital Brain Library is a modern-day brain bank that collects and organizes very detailed three-dimensional digital maps of each individual brain that is donated to the program.

Second, the Internet. The full map of a single brain and the data "contained" therein would require about 1,000 terabytes of disk space! Web technologies allow for such tremendous amounts of information to be stored in "the cloud," and more importantly, to be easily accessed by researchers and health professionals.

Thirdly, citizen science and community buy-in. Because creating an archive of thousands of cases that represent the full spectrum of variability in brain structure and disease requires the active participation of the public and policy makers. Public engagement is also the basis for deep and far-reaching science education and improved knowledge of the brain in particular.

A crucial ingredient, the ambassador commented, was especially important from a "uniquely Italian" perspective. Professor Annese, he said, is not just studying brains; he is portraying the people and families that those brains belonged to, in search of a more complete understanding of what makes different individuals vulnerable to neurological disease, and perhaps more importantly, what makes us human. This aspect provides a holistic context to the project.