Boston Marathon bomber Dzhokhar Tsarnaev is years from the death chamber -- if he ever makes it -- despite Friday's sentence by a federal jury.

A lengthy appeals process, as well as legal and technical complications with lethal injection, are just some of the factors that could prevent Tsarnaev, 21, from receiving the punishment the jury imposed:

Tsarnaev, who will be formally sentenced by a judge this summer, is poised to be the first terrorist in the post-9/11 era to be executed.

But the government has a thin track record of actually executing federal death row prisoners. Federal courts have handed down death sentences 80 times since the federal death penalty was reinstated in 1988, but only three inmates have been executed.

The Appeals Process Could Take Years

Timothy McVeigh, convicted in 1997 of bombing a federal building in Oklahoma City, was on death row at the U.S. Penitentiary in Terre Haute, Indiana, for four years before abandoning his appeals, expediting his execution.

Unless Tsarnaev similarly gives up, he will engage a lengthy appeals process at a time when support for the death penalty is at a 40-year low in the U.S.

Tsarnaev's defense likely will file several post-trial motions, which may include objections to the fact the trial was held in Boston, denying him a truly impartial jury. Other motions could arise if information surfaces that jurors were untruthful on disclosure forms, or that there was impropriety during deliberations in the jury room, WBUR reports.

The Death Sentence Could Be Tossed Out Or Vacated

A judge overseeing Tsarnaev's appeal has the power to throw out or otherwise vacate the Boston jury's sentence based on new evidence or prosecutorial decisions made in the post-conviction phase. In one such example, confessed killer Gary Lee Sampson was handed the death penalty, only to have the sentence vacated when it was revealed that one of the jurors lied during the screening process, The Boston Globe reports.

Lethal Injection Is In Legal -- And Logistical -- Limbo

A long-simmering battle over lethal injection in the 32 states that still allow capital punishment -- soon possibly 31 -- boiled over into the U.S. Supreme Court in April, when justices took up the constitutionality of specific lethal injection drug.

As a result, the U.S. Bureau of Prisons doesn't have the drugs to carry out lethal injection.

“The Department of Justice has been conducting a review of the federal protocol used by the Bureau of Prisons, and has had a moratorium in place on federal executions in the meantime,” Patrick Rodenbush, a spokesman for the department, told The Washington Post in a statement.

If the Justice Department decides later to allow lethal injections, it will still face the same drug supply shortage that state departments of correction have been grappling with for the past several years.

As For The Victims...

Death penalty opponents have noted the long process that awaits not just Tsarnaev, but the hundreds of victims of the 2013 tragedy. In April, the parents of 8-year-old Martin Richard penned a passionate op-ed in the Globe pleading for the Justice Department to drop the death penalty against Tsarnaev. Richard was one of the four people killed in the bombing. His family argued that life without parole is the only way to close the book on the tragedy:

We understand all too well the heinousness and brutality of the crimes committed. We were there. We lived it. The defendant murdered our 8-year-old son, maimed our 7-year-old daughter, and stole part of our soul. We know that the government has its reasons for seeking the death penalty, but the continued pursuit of that punishment could bring years of appeals and prolong reliving the most painful day of our lives. We hope our two remaining children do not have to grow up with the lingering, painful reminder of what the defendant took from them, which years of appeals would undoubtedly bring.

After Friday's verdict, bombing survivor Melida Arrendondo told Bloomberg News it wasn't a comfort that she and other victims must now buckle in for the appeals process.

“This seems like another burden that will drag on,” Arrendondo said.

CORRECTION: A previous version of this article misidentified Martin Richard as "Richard Martin." We regret the error. 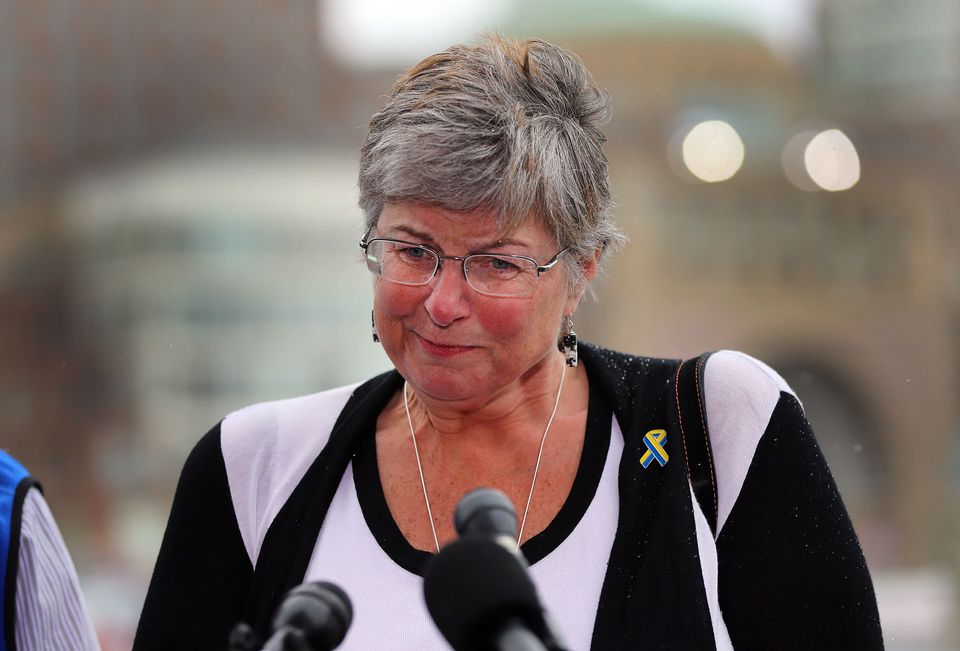