In any market that has more than a $1 billion, or even a few hundred million, market cap, there are several notable players, and sometimes those players look exactly identical to each other.

According to Pete Cashmore, the pretty boy of the World Wide Web and social media, group buying seems to be a multi-billion dollar web trend.

In the group buying arena, there are the big hitters such as GroupOn and LivingSocial, who have raised millions of dollars in institutional investment and have truly innovated social shopping. GigaOM's Liz Gannes published a nicely sized list of the players in the group buying space in GroupOn and the Wannabes.

But somehow, with little differentiation, GroupOn is the market leader. This is because of their great market penetration. When I surf the web I always see their banner ads, when traveling in the Boston subway system I see their posters, and the media doesn't stop talking about them either. That was their competitive advantage, covering more ground than their competitors.

How can they differentiate and provide a better service? I think there can be more personalization for users of group buying sites. Sure, there is the localization of offering unbeatable deals within your general area so you can get a $120 massage for only $50, or a nice dinner for two (valued at $80) for only $40, but what if I'm not that type of guy that wants a massage or a nice dinner which I can take a date on (I actually am that guy, but am hypothetically speaking)? 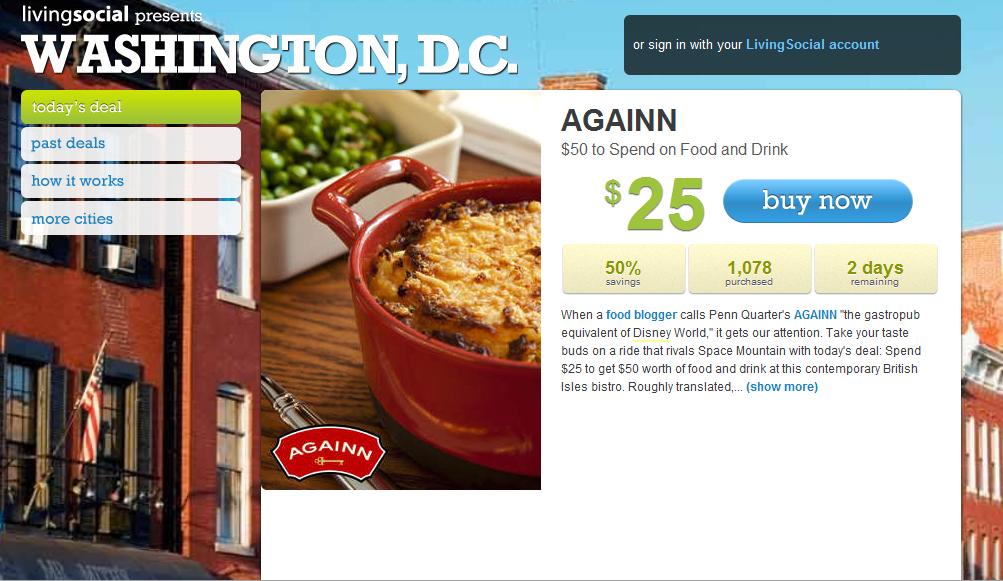 These group buying sites have hundreds of businesses in their queue that want their product featured... why not hasten the process of featuring their deals by specially targeting which subscribers might be best qualified to snag the daily deal?

For example, I am a new-age male, love to shop, love to eat out, but am not too excited about going to the spa, getting my nails done, or getting fancy theater tickets (unless there's a lovely lady I know begging to see a show). I don't want to see deals about getting a bikini wax or a mud bath, and I do want to see more deep discounts for the best local, no-name steakhouse and the coolest retail outlets with hip fashion.

Perhaps the group buying businesses are too focused on being just as good as the next guy, and aren't spending enough time thinking about how to actually be a better business. Businesses should stop looking sideways at their competition and should spend some more time innovating.

Just a final note, perhaps I am not being fair to some of the group buying businesses that are a bit more niche by having more local penetration than others, which does make for some differentiation.

Danny Wong is a co-creator of custom men's dress shirts with Blank Label and likes to speak his mind about new things in e-commerce and exciting new web trends.