An 18th-century portrait sold in New York to a British gallery as a "woman in a feathered hat" turns out to actually portray a man dressed as a woman, becoming the earliest known painting of a transvestite. 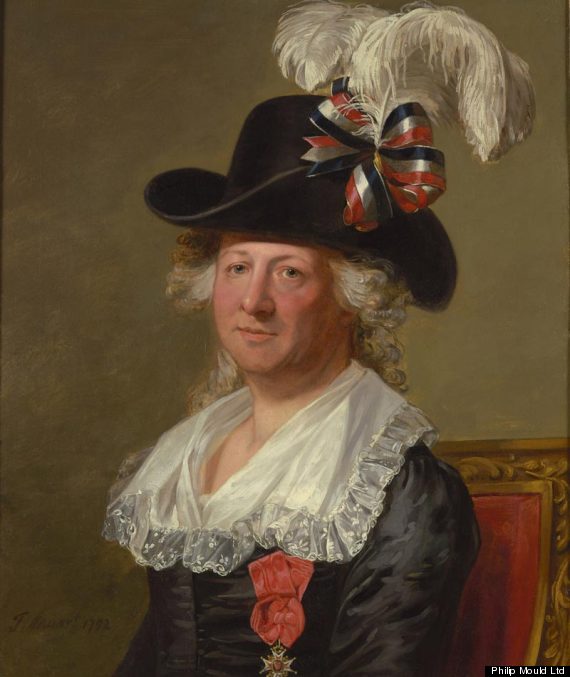 "We spent 30 years honing our skills at looking at British portraits, and you begin to spot anomalies," Mould told LiveScience. "Portraiture, despite the diversity of odd-looking people in the world, particularly in the 19th century, before advances in cosmetic science and dentistry and medical advances had taken place, but portraiture is always extremely straight-laced."

The finished portrait was typically a compromise between the artist (who was painting what he or she saw) and the sitter (who wanted to look their best); that means anomalies of facial features can be subtle.

Something about the "muscularity of his face" and a "suggestion of stubble" caught Mould's eye as odd. So Mould and a team of his "lost faces bureau" went to work to figure out the sitter in this painting, and along the way ended up finding the actual artist of the work.

Once the painting had been cleaned and restored, "his masculine traits became far more manifest," Mould said, including the masculine-angled face shape and the facial hair stubble. The other thing they noticed was the signature of the artist, which had been listed as Gilbert Stuart, actually was "T. Stewart." [5 Myths About the Male Body]

Putting the pieces together, including the fact that Charles D'Eon spent a fair amount of time on the stage fencing, the team nailed down the painter as Thomas Stewart, who also spent a lot of time in the theatre, Mould said.

Since the painting's unveiling this week, "we've had an interesting succession of individuals coming to pay homage," Mould said. "It's a combination of mirth and respect for a man who was bold enough, brave enough, but also extrovert enough to state his case."

In fact, D'Eon apparently lived the second half of his life as a transvestite during a time when cross-dressing was essentially unheard of.

Here's how D'Eon's transvestitism came to pass: He joined King Louis XV's secret service in 1755, had his first major military posting in London in 1763, before being appointed Plenipotentiary Minister to London. However, within months, he had a falling-out with the ambassador appointed to replace him in London, accusing the ambassador of trying to murder him. D'Eon also made public secret documents and ended up being sent to prison, which he escaped. [A Gallery of Death in Art]

Once escaped, D'Eon concealed his identity, reportedly, by dressing as a woman. Gossip about his gender began in 1770, with rumors that people were even betting on whether he was a man or a woman.

"D'Eon refused all offers to confirm or deny the rumor," Simon Burrows, professor of modern history at the University of Leeds, said in a statement in 2010. "He also demanded the French government pay off his debts and they agreed, terrified he would betray state secrets, including plans to invade England."

And after that, apparently D'Eon was forced to adopt female dress, and others accepted him as a female. So much so, that the truth was only revealed upon a medical examination after his death on May 21, 1810, which revealed his very male anatomy. Reportedly, his housekeeper did not "recover from the shock for many hours," according to the gallery.

The term "eonism," which is used in psychiatry to describe male adoption of female dress and manners, was derived from D'Eon's name.