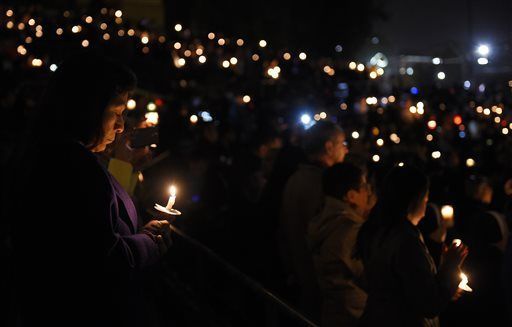 A connection between violence on a mass scale and violence on an intimate level is emerging as our nation reels from two mass shootings: one in Colorado and the most recent in California.

We now know that, in both mass shootings, domestic violence was a part of the story. In the Colorado tragedy, the killer was the abuser. In San Bernardino, the male killer grew up in a home affected by domestic violence.

It turns out this is not a coincidence. Last week, the New York Times reported that 462 people have died and 1,314 have been wounded in shootings involving four or more people. Shockingly, that averages out to more than one a day. And, perhaps not as surprisingly, domestic violence was usually a factor in the killers’ lives. According to the Times, “In 57 percent of the cases, the victims included a current or former intimate partner or family member of the attacker.”

There has never been a more compelling reason to ensure that everyone – but especially children - who are victims of family violence, or witnesses to it, receive treatment and support.

We know that children who witness and experience violence have a greater chance of growing up to experience a host of negative, life-altering outcomes that can range from becoming abusers themselves, to experiencing physical and  mental health challenges, to developing addictions or having a run-in with the criminal justice system.

At Safe Horizon, we have a powerful belief that we can reduce violence in our society by providing speedy, expert mental health care to child witnesses who may also be victims. Every year we help nearly 3,000 children and families recover from the most severe physical and sexual abuse in New York City, but we know thousands more cases are never reported.

Just last week in New York City, children in two families witnessed the horrific shooting of their mothers in acts of domestic violence. Imagine the fear, confusion, anger and profound loss that these children are facing and how that trauma, if left untreated, could lead to tragic outcomes for these future teens, future adults, and also for our society at large.

Many things need to change in our society before killings like those in Colorado and California end, instead of being a daily occurrence. We absolutely need decisive action on gun violence, for a start. But we also know that we can help reduce the daily bloodshed in our society by intervening sooner and supporting victims more fully. Only by so doing will we build a society free of family and community violence.