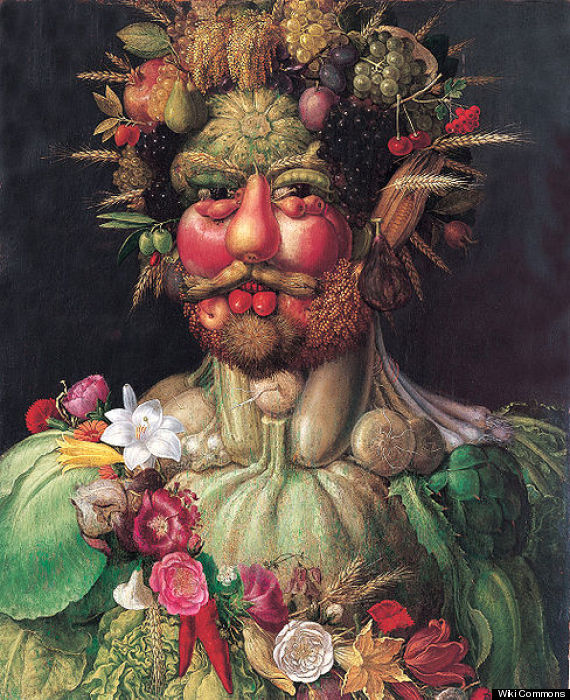 Arcimboldo was born in Milan in 1524, and began painting stained glass window designs before transitioning to portraits.

Although from far away they resemble the human face, the artist's beautifully arranged compositions consist of fruits, vegetables, birds, books and other elaborately arranged objects. His unusual vision, exceptionally given the era of his creations, led many to believe Arcimboldo didn't just have a fanciful mind, but was possibly mentally ill. "A fine line separates sheer imagination from uncontrolled hallucinations," the New York Times expressed in a 2007 diagnosis of his works.

Check out his deliciously weird portraits in the slideshow below, and keep an eye out for his clever interpretations of the four seasons and the four elements. Lucky New Yorkers can spy Philip Haas’s Arcimboldo-inspired “Four Seasons" sculptures at the New York Botanical Garden in the Bronx from May 18-October 27. 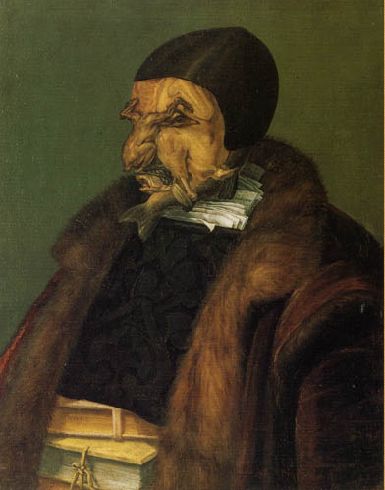