For a regional science competition in Canada, 15-year-old Nicole Ticea devised an early-stage HIV test that analyzes a pinprick of blood to indicate whether someone has recently been infected with the potentially deadly virus. The test earned her first place in the 2014 B.C. Regional Sanofi BioGENEius Challenge.

A 10th grader at York House School in Vancouver, Nicole worked with two researchers from Simon Fraser University to develop the early-stage HIV infection test after she conceived the idea last summer, according to media reports. Finding time between schoolwork, the teen created the rapid blood analysis by developing an isothermic nucleic acid amplification system, according to Global News. It's common in point-of-care testing and allows researchers to detect certain targets in DNA -- in this case, HIV infection.

The almost-instantaneous test has been likened to an over-the-counter pregnancy test for its speed and ease of use. 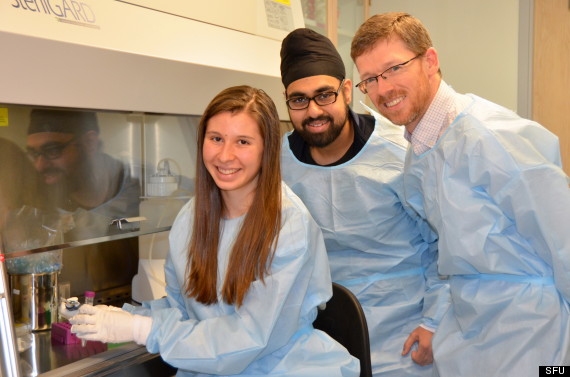 While rapid testing for HIV -- which causes AIDS -- already exists, Nicole and her team say the test could be particularly useful in areas that lack good medical care.

"Nicole’s work really made me realize what a big difference a fast easy-to-administer test for early-stage HIV infection could make in prolonging, if not saving, thousands of lives in developing countries," graduate student Gursev Anmole, who assisted Nicole in her research, said in a written statement.

Next, the teen's test will be considered in the national final of Sanofi BioGENEius Challenge Canada on May 22. Two national winners will then continue to the international leg of the competition in June.

1 / 10
1. Most Don't Have Their Infection Under Control
Only one quarter of the 1.1 million <a href="http://www.cdc.gov/hiv/pdf/research_mmp_stagesofcare.pdf">people with HIV</a> have their <a href="https://www.huffpost.com/entry/hiv-under-control-1-in-4_n_1711260">condition under control</a>, where "under control" means the virus has been suppressed, according to a report released this summer by the Centers for Disease Control and Prevention. <em><strong>CORRECTION</strong>: The first sentence has been reworded to more accurately reflect the number of people with HIV.</em>
Alamy