Admitting that I abandoned my son is not something easy to confess. I was a mother addicted to heroin. My son was a cute, innocent little boy. When he was only 15 months old, his paternal grandmother took care of him because drug addition can overpower a mother's best intentions.

When I got clean and sober at the age of 35, my son Michael was nine. He deserved his mother back. He now calls me "Moms", a precious title that took years to earn.

My deeply difficult dilemma? I was a mother in name only. Though I had birthed him; I had not been a "mother" to him. Facing this fact and discovering the solution was one of my biggest accomplishments. 27 years later, I know that if I did not try to make it right with Michael, I would not stay clean and probably die a slow, painful, and humiliating death. I would as I called it, "misery away."

I remember being a newbie in recovery on a taxi ride somewhere with him. I attempted to apologize to my son for not being in his life as I should have been. I tried to explain to him why and how it was going to be now that I was clean. He nestled up close to me, without a word. He didn't care about any of that. Through many moments, Michael showed me that all he knew was that he had his mother back.

While he still lived with his paternal grandmother, he came to my apartment on some weekends. During one weekend, I was cooking my famous pancakes for him, while he was drawing and coloring in the living room. He came into the kitchen and asked, "Mommy, how do you spell 'penetrate'?"

Astonishingly, I responded, "Say what?" Penetrate! Why that word, Michael?"

"I'm doing something and I need to know how to spell, penetrate."

Now, I was not that far away from the drug culture and lifestyle. So when I heard THAT word, my devious mind was ticking. Through my Christian faith, I knew my past was forgiven but still. The word "penetrate" scared me.

I thought I'd better go into the living room and see what my kid was doing; but, he blocked my way through the doorway. "Come on, Mommy. You can't see yet. Just spell it for me, please!"

I poured more pancakes in the frying pan, as I prayed a quick, "Lord, help me with this mother thing. I don't know what my son is doing; but I'll trust you to renew MY mind."

Minutes later, in runs Michael, smiling, holding something behind his back and with a child's first day of school excitement. "Mommy, I made this for you!"

From behind his back he shoved a white poster with two red hearts, twin black marker thunderbolts, pointing to the ballooned lettered, MOM and SON. In the middle of the poster, he wrote, "Nothing can penetrate our love."

I hugged him close and could have made a meal of him, instead of the pancakes. He was living out what had only been theory to me at that point--unconditional love. I knew God loved me. But love from a fellow human being?

As we ate breakfast, I become leery of my son's love. How could I get what I did not earn without stealing? How can you love the un-loveable and not make excuses for loving them? How can you be free to be who you are, right where you are and not be judged?

It was clear my son and God had forgiven me. Forgiving myself and my past was a harder process -- one that wouldn't have been possible for me without my faith and Dorine, my sponsor from a 12-Step program.

In one conversation, I told Dorine, "I want my son with me. Everybody it seems has his or her child. I want mine to live with me." Realizing it was too late to suck my words back down my throat, I prayed a quick, inaudible, "Help me, Lord."

She started in, "Stanice, look, Baby, you have to consider what's best for him. Ask yourself, 'Is he flourishing where he is?' You live across the street from a crack house. He has to learn how to trust you. Keep calling him. Go see him when you say you're going. Just keep doing what you're doing. Keep going to church andyour (12-step) meetings. His grandma has been raising that boy and you must show her the respect she deserves. Ask her permission..."

"Like I said, ask for permission. Don't be calling his Grandma saying, 'I'm coming over to get Mike for the weekend...or take him to the movies...or whatever, whenever.' Respect her! Thank God for her! You don't know nothing about being a mother; now, but in time, you will learn. But you can't give what you ain't got! And if that boy wants to live with you, he'll let you know. You just keep working the steps in your life, reading those stories in the Bible, and in God's time, Mike will be with you. It's not tell and show time; it's SHOW and tell."

Her words struck my pride first; then my heart. The years passed. He still lived with his grandmother and dad.

But I took my sponsor's suggestions. I diligently worked on my relationship with God and recovery. In the 11th grade, Mike's English teacher assigned the class to write an essay on the topic, "Three People I'm Grateful For."

At age 16, my son's wrote, "My mother comes to mind first. Although she may not have been there for me I love her as if she was. The reason we were not together most of my life was because she was an addict and she knew she was not fit to take care of me; so she gave me to someone she felt could. Back then, I did not understand; but I have grown to respect her for that because I know it took a lot of strength to give up a child and not be there to watch him grow. Even so, she always kept in touch with me, showing me she cared. I never gave up on her, and when she got clean, she never forced me to come live with her. I think this was a plus because being apart brought us closer over the years."

What I thought I wanted, I didn't need and what I needed God gave and infinitely more than I could have asked, thought or imagined.

Then, what I had hoped for all those years finally happened! After college, Michael lived with me for a few years before buying his first home.

That little boy grew up to be a good and faithful man raising three personality-charged kids who love Jesus, too, and call me "Hallelujah Grandma". That addicted mother became his "Moms". As I look back, I see that little inimitable and bright nine year old knew it all along, "Mom and Son -- Nothing can penetrate our love."

PHOTO GALLERY
Stanice Her Son Mike Through the Years
Download
Calling all HuffPost superfans!
Sign up for membership to become a founding member and help shape HuffPost's next chapter
Join HuffPost

Earning the Title of 'Moms': How A Former Addict's Relationship With Her Son Was Restored
Stanice Her Son Mike Through the Years 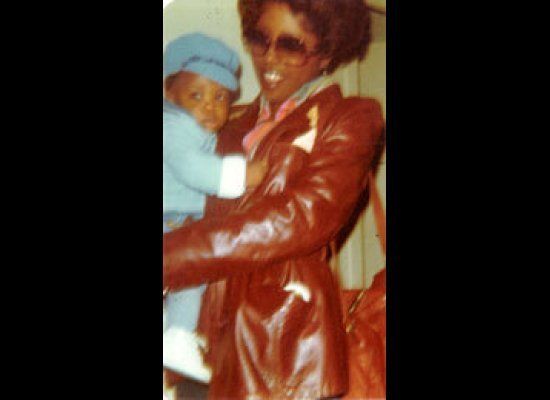