The unemployment rate itself has been criticized for not taking into account a wide range of people who are not traditionally defined as unemployed. This may include individuals with multiple part-time jobs. Technically, having two part-time jobs means that the person is working and therefore employed. However, the reality is that a combination of part-time jobs does not provide the full benefits and security that full-time employees generally get. Additionally, there are discouraged workers -- those defined by the BLS "as persons not currently looking for work because they believe no jobs are available for them." In August 2013, there were 866,000 discouraged workers nationwide. 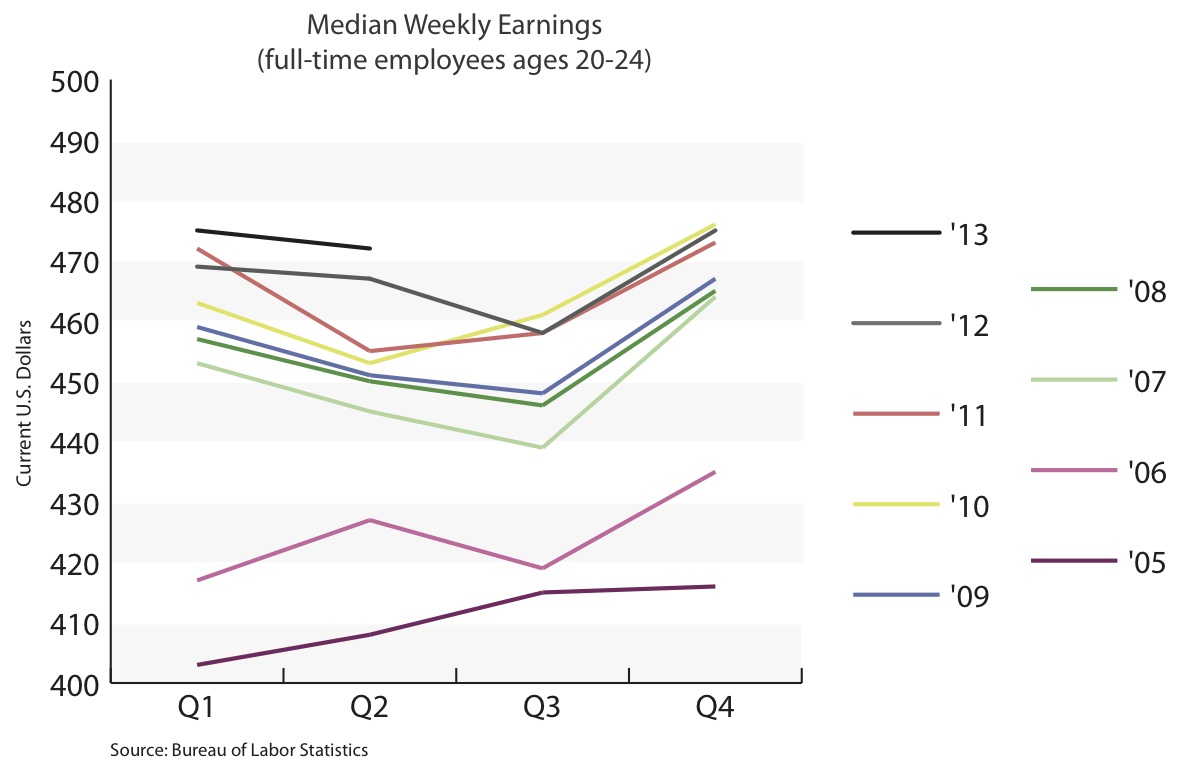 That statistic seems to point to some form of positive recovery for the economy. However, a closer look reveals a more sobering situation. The number of individuals between the ages of 20 and 24 who are employed in full-time positions used to be much higher than it is today: from 2005 until today, that number peaked at 10.2 million in the third quarter of 2006. Today, that number is 8.3 million (for the second quarter of 2013). That's 37.6 percent of the total population between 20 and 24 years old.

Compared to the first quarter of this year, that's an improvement. However, a look at the graph below shows that the trend for most years has been a rise in the number employed until the third quarter, after which there is a decline. 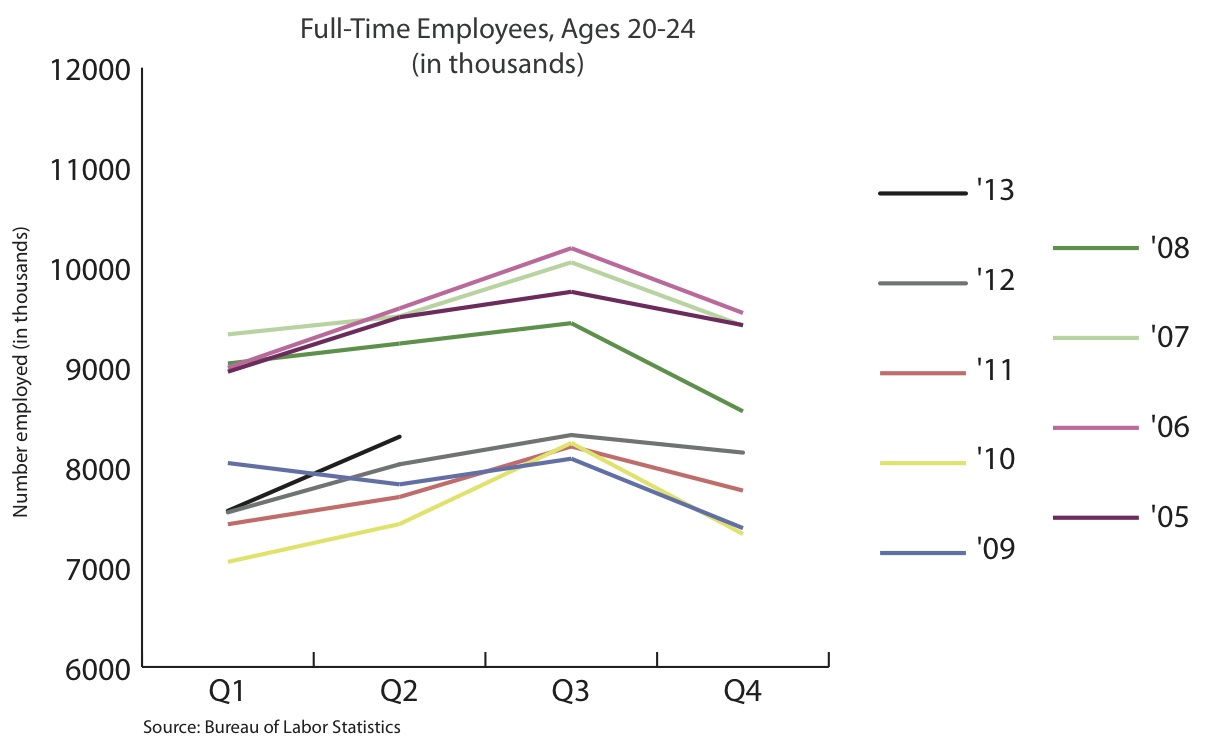 Taken together, these numbers show us that though the weekly wage for the first and second quarters of 2013 is the highest it has been during the same periods since 2005, the number of people working has decreased. Hence, only a smaller number of people are able to take advantage of this increase in wages, further adding to income inequality in the United States. Those who earn more now can save more over the course of their lifetime. For a generation in its 20s, the increase in lifetime wealth also means accessing credit and being able to buy homes earlier in life, having the ability to save for children's college funds and ultimately to save sufficiently for retirement.

However, this tale is extremely cautionary, because it only applies to a small number of people. All the other individuals who don't fall into this category cannot benefit from the financial security that higher wages provide. Wages in this case don't tell the whole story, and can't be used as an indicator of an improving economy if they only affect a small portion of it.

Increased wages in this case are a factor in exacerbating the income inequality that we are currently seeing and the gaps in employment between low-income and high-income individuals. This data shows us that the current system provides advantages for a few people and puts the rest at a disadvantage that will have lasting long-term repercussions.